NASA’s embrace of private spaceflight has paved the way for private sector investments. Buoyed by entrepreneur-celebrities Elon Musk and Jeff Bezos, space tech funding has gone from just about nonexistent in 2012, to approximately $4B in combined funding over the past two years. Space tech includes companies involved in the construction and launch of satellites or rocketry into outer space, in addition to ancillary companies working to aggregate, analyze, and sell data collected from outer space.

The sector is prone to the occasional mega-round given spaceflight’s capital-intensive nature. 2016’s largest deal was the $1.2B deployed to OneWeb. Then, in Q1’17 Softbank sponsored the merger between OneWeb and Intelsat. The next-largest 2016 deals went to satellite-antenna maker Kymeta ($62M Series D) and space-debris remover Astroscale ($35M Series B). 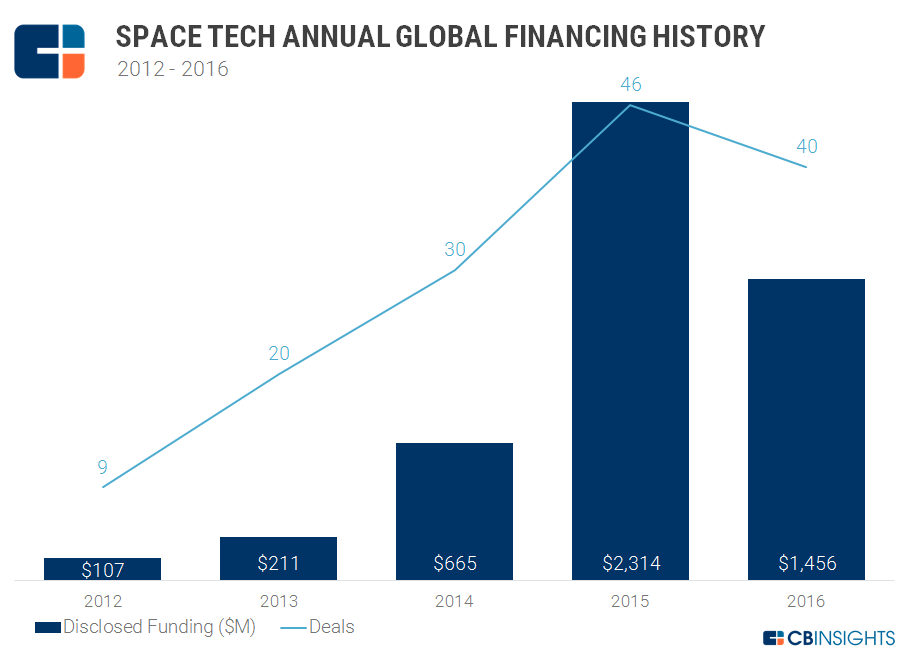 While Q4’16 saw the fewest number of deals since Q3’14, the quarter also achieved the sector’s largest quarterly funding total, at $1.22B (with the vast majority going to OneWeb). The first three quarters of 2016 saw low funding totals, with just $232M deployed across 36 deals, for an average deal size of about $6.5M.

Q1’17 saw a big uptick in deals from Q4’16, from 4 to 11, but funding totaled just $212M in the quarter. Rocket Lab, a low-earth orbit satellite launch provider, closed on a $75M Series D that included Bessemer Venture Partners and Khosla Ventures as investors and put the company’s valuation at $1B+. The other big deal went to Kymeta, which received a corporate minority stake from the aforementioned Intelsat for $74M. 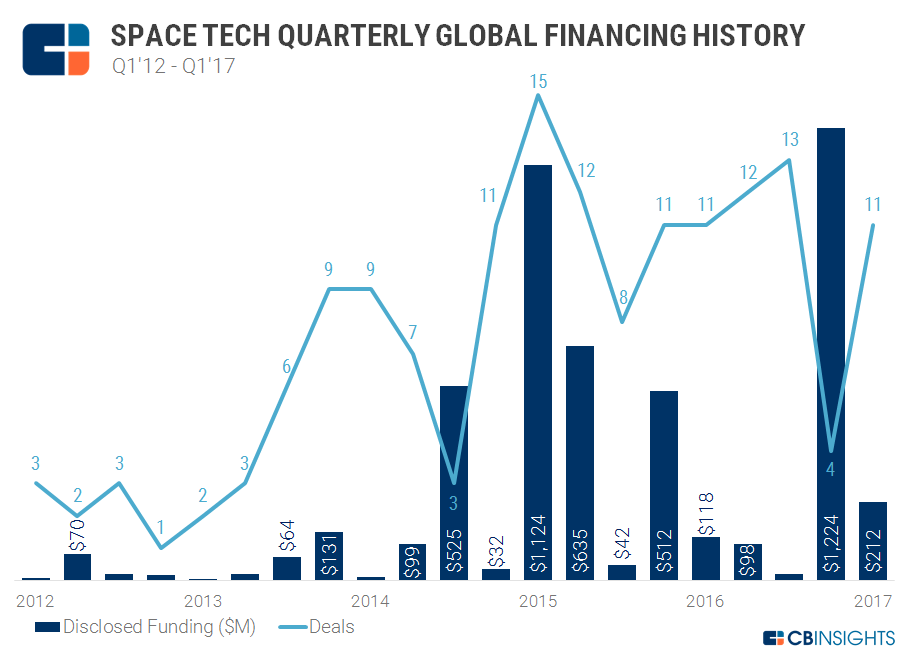