Research Brief
3269
In the absence of mega-rounds like those seen in 2015 with SpaceX, funding to space startups is on pace for a sharp retreat this year.

Thanks to NASA’s embrace of private spaceflight, space startups have gone from nearly nonexistent several years ago to raising $1B mega-rounds, as was exemplified by SpaceX‘s massive Series A round. While it’s still a nascent industry with only a few players, space investment has gone from just 2 or 3 deals per quarter in 2012 to a peak of 14 deals in Q1’15.

Space saw a huge uptick in deals in late 2014, at just 3 deals across $525M in Q3’14, before booming up to $1.1B over 14 deals in Q1’15. Since that peak, however, deals to the area have mostly trailed downward. This past quarter saw only 9 deals. Three of the last six quarters have seen less than 10 deals.

In terms of funding, there’s a lot of variability due to the capital-intensive nature of working in space. Mega-rounds ($100M+ deals) account for most of the funding in peak quarters in the past. But in recent times funding has slowed, with the past two quarters seeing only $103M and then $94M. 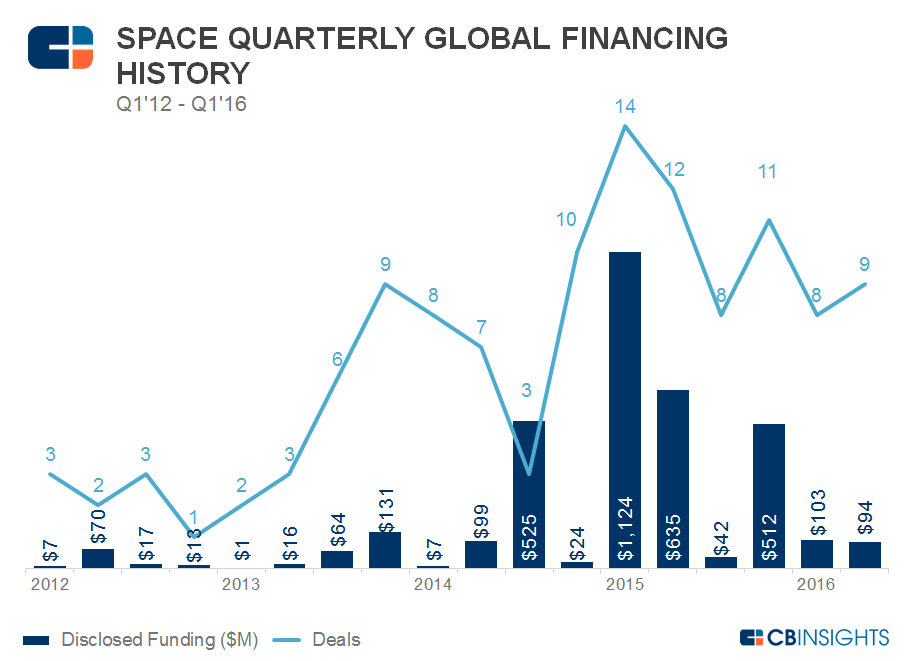 The annual picture indicates a bigger slowdown happening in 2016. In the absence of mega-rounds of the kind seen in 2015 (SpaceX $1B, OneWeb $500M, O3B Networks $460M), funding to space startups may very well retreat this year, which has seen only $201M invested across 20 deals. If funding continues at present pace this year’s total will amount to just $329M, which would be an 87% drop over last year’s massive tally.

Overall deal activity to space has also slowed, and at the current run-rate 2016 will only see 31 deals, which would be a roughly 30% decrease year-over-year. 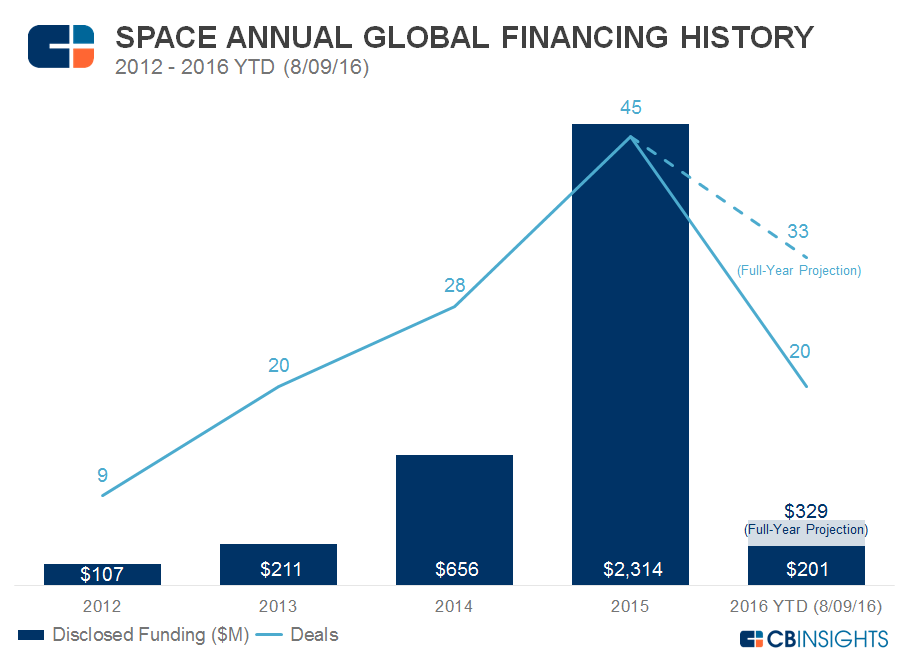 Topping the list in equity financing was SpaceX, which has more than $1.1B of venture money backing it. Next most well-funded was OneWeb with $519M. And in third was Jeff Bezos-backed Blue Origin with $500M in financing.