SPACs were being formed at a record pace in Q1’21, but the market has since chilled. Here are the top-line bullets you need to know.

In the early months of 2021, SPACs seemed to still be riding the wave from last summer. The first quarter of the year saw a record 298 SPACs formed, raising $83B — up from 135 deals and $36B the quarter prior.

But the SEC’s April statement — which stipulated new accounting rules for SPACs — roiled the blank-check boom as companies scrambled to double check their financial statements for errors. New SPAC filings plummeted to just 61 in Q2’21.

Despite the slowdown in SPAC filings, there are plenty of blank-check companies formed last year that are still on the hunt for targets to acquire and merge with — the latest of which include Nextdoor and BuzzFeed. SPAC mergers have continued at a breathtaking pace, as private companies search for easy exit opportunities. 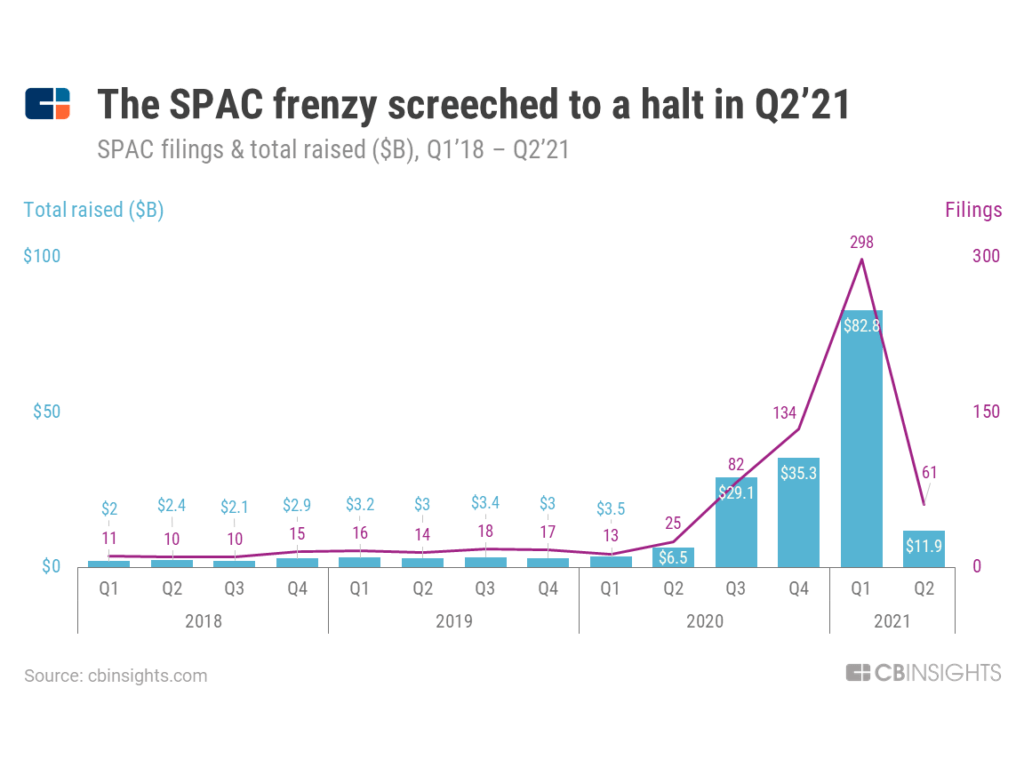