The Middle East is home to 3 sovereign wealth funds among the top ten most active in tech since 2010. 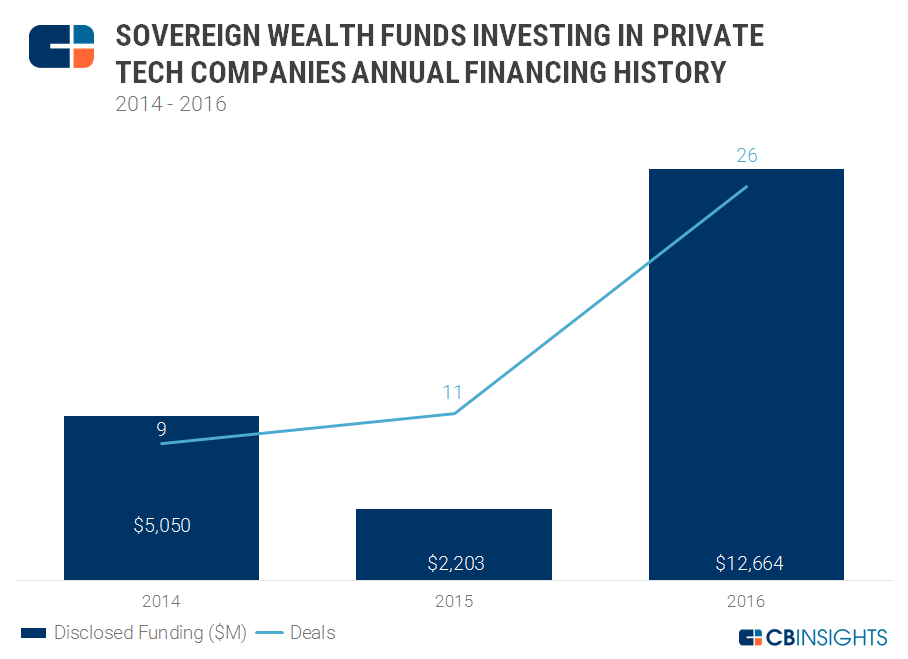 Over the last seven years, France’s Banque publique d’investissement, or Bpifrance, has been the world’s most active sovereign wealth fund investing in private tech companies. Bpifrance was originally set up as a sovereign investment fund in 2009.

Rounding out the top five sovereign wealth funds are Malaysia’s Khazanah Nasional Berhad (KNB) in fourth and France’s Caisse des Dépôts et Consignations (CDC) at fifth. Bpifrance is actually a 50% owned subsidiary of CDC, however the two funds have no co-investments in private tech companies and we separate them in our analysis since they operate independently. The other half of Bpifrance is owned by the French State.

The Middle East is home to 3 of the 10 most active sovereign wealth funds in tech. These three funds are: Kuwait Investment Authority (KIA), The Qatar Investment Authority (QIA), and the Public Investment Fund of Saudi Arabia (PIF), which invested $3.5B in Uber in June 2016. The PIF also participated in a $1B funding round in November 2016 to the up-and-coming e-commerce company Noon, located in the United Arab Emirates.

The largest equity deal to a tech company with participation from a sovereign wealth fund was a $4.5B Series B obtained by the Alibaba Group affiliate company Ant Financial Services Group, in April 2016; China Investment Corporation participated in that round.

We used our Business Social Graph tool to visualize how the ten most active sovereign wealth funds in tech and their portfolio companies are interrelated.

These funds do not often back the same companies. However, exceptions include a number of co-investments between Temasek Holdings and GIC. The two funds have each backed the companies iTutorGroup, Xiaomi, and Alibaba’s Cainiao, among others. Also, QIA is a co-backer of Uber alongside the PIF, and QIA backed Flipkart along with GIC. KIA and Bpifrance each invested in the company BedyCasa, while Temasek and China Investment Corporation have each participated in funding to Didi Chuxing.

Check out the full list of sovereign wealth funds featured in this brief under the Business Social Graph below. 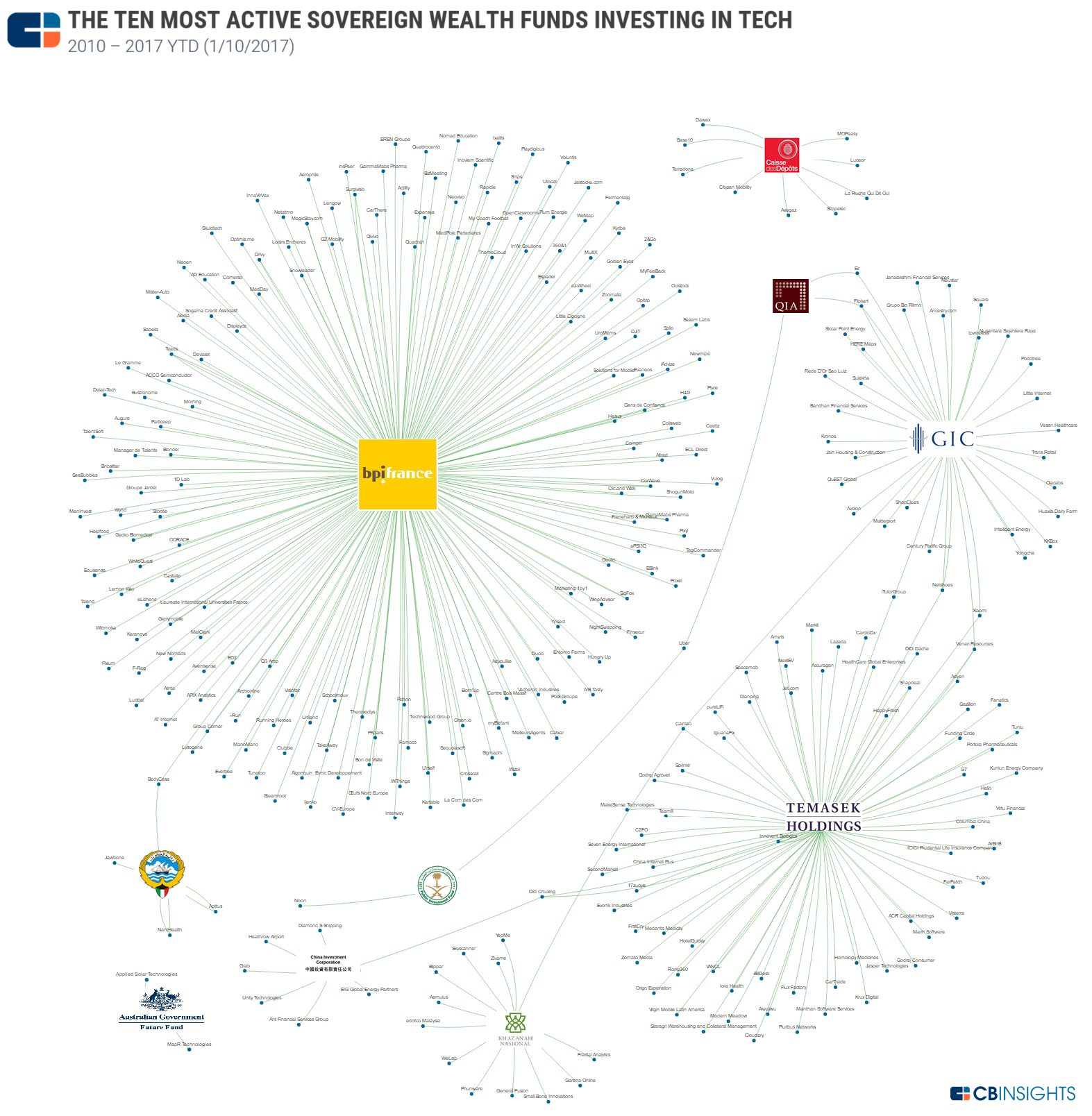 The ten most active sovereign wealth funds investing in tech:

Funds are listed in order by number of equity investments in private tech companies since 2010.

BPI France: Located in France, with $27B under management.

Temasek Holdings: Located in Singapore, with $194B under management.

GIC: Singapore, $350B under management.

Sovereign wealth funds were active tech investors in 2016. Sign up for a free trial and look for Sovereign Wealth Funds in the Collections tab.

Australian Future Fund: Australia, $91B under management. 2017 investments by the fund were included in our ranking but are not shown in the BSG above. They are: cloud-infrastructure company Fugue ($41M Series D) and cybersecurity company Bitglass ($45M Series C).

Want more data on governments investing in tech? Login to CB Insights or sign up for free below.