Saddled between India and China, the region that encompasses Southeast Asia is becoming an attractive destination for investors. Several have already rolled out funds specifically for the region, including 500 Startups which has launched two — 500 Durians I and 500 Durians II.

Although activity in the region is fairly nascent, it’s home to a few unicorns including Singaporean gaming company Sea, formerly known as Garena, and two ride-hailing startups: Indonesia-based GoJek and Singapore’s Grab. Just this week, Indonesian travel booking startup Traveloka achieved unicorn status, after it raised a $350M corporate minority round from Expedia. This bumped its valuation up to $2B.

We used CB Insights data to look at the firms investing most actively in the region. The countries in our analysis include Brunei Darussalam, Cambodia, Christmas Island, East Timor, Indonesia, Lao People’s Democratic Republic, Malaysia, Myanmar, the Philippines, Singapore, Thailand, and Vietnam.

Companies are listed in order of the size of the round the investor participated in. 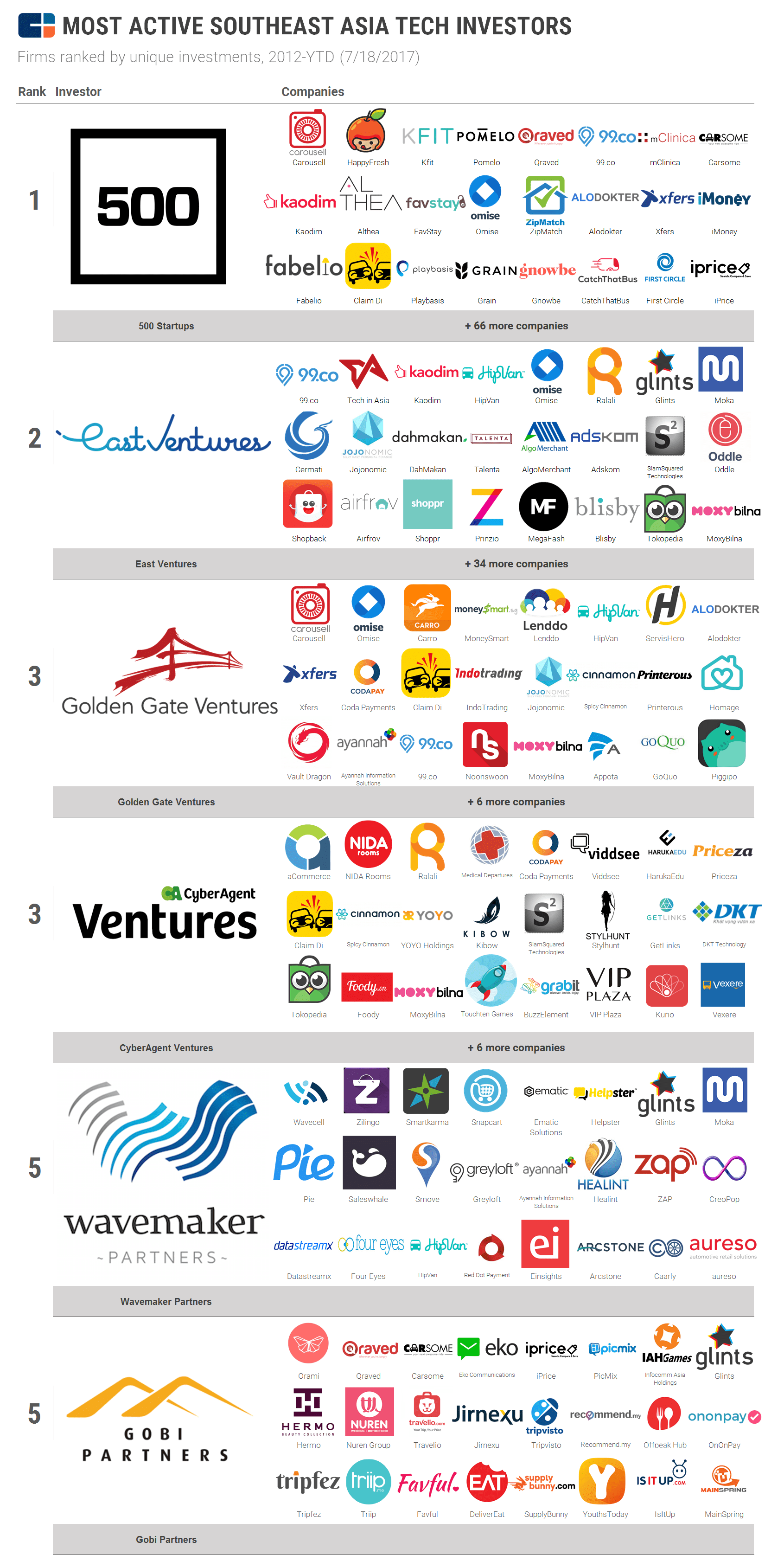 US-based 500 Startups overwhelmingly invested in the most startups of any investor in the region. It has been active in Southeast Asia for multiple years, with two separate funds raised for the region – 500 Durians I and 500 Durians II. Among its investments is Singapore-based classifieds site Carousell, which has raised $42M in total. This is the most well-funded startup in its portfolio.

In second place is East Ventures, which raised its fifth fund in January 2017. Its investments include housing property search engine 99.co and media company Tech in Asia, both of which are headquartered in Singapore. It has also invested in Indonesian marketplace Tokopedia’s seed and Series C rounds. Tokopedia has raised $247M in total funding.

East Ventures was also an early investor in Indonesian booking site Traveloka, which recently disclosed that it has raised $500M over just the past year. Its investors include Expedia, Chinese e-commerce site JD.com, and Sequoia Capital, among others.