Research Brief
2497
In 2015, funding to private companies in the solar industry dropped by over 30%. Deal activity to both wind and solar companies fell in the year.

Investors lost confidence in the greentech sector after Solyndra’s collapse in late 2011. Since then, funding to solar has fluctuated, dropping more than 50% from 2012 to 2013, before rising again in 2014 with $1.8B invested, only to fall again in 2015.

However, funding to wind — a market smaller than solar in terms of deals and dollars to private companies — has grown tenfold from 2012 to 2015 and seen three straight years of growth. In 2015, funding to wind companies grew 6% over the previous year, while dollar investment in solar dropped 34%.

Despite tumbling fossil fuel prices, a total of 216 solar and 78 wind energy companies have drawn deals between 2012 and 2016 year-to-date. The companies raised more than $6.8B in aggregate. Our funding analysis takes into account all equity funding and includes convertible note rounds. 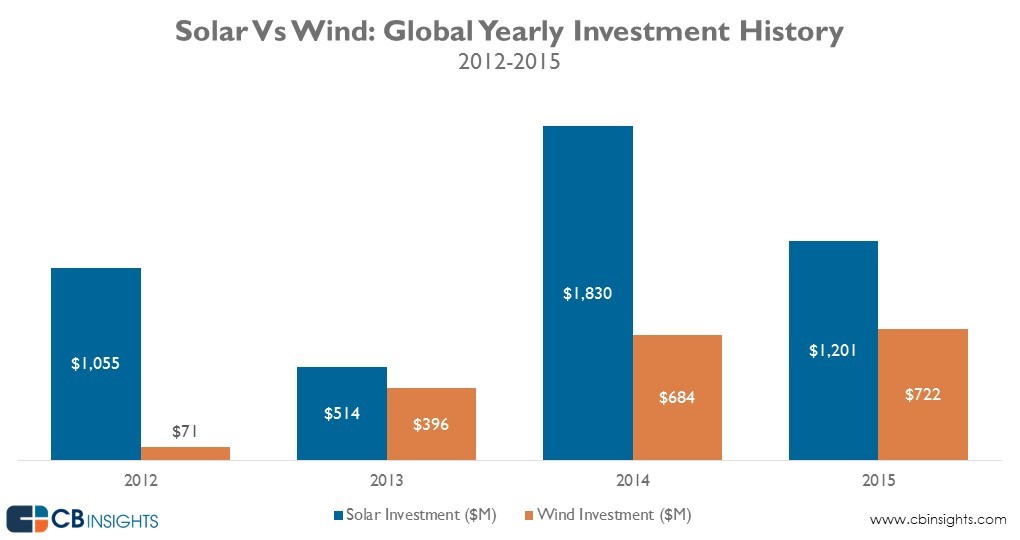 Though the number of wind deals dropped to below 15 last year after a peak of over 30 in 2014, the average deal size increased from $2.7M to $55.5M, according to our data, meaning there were fewer but larger deals. 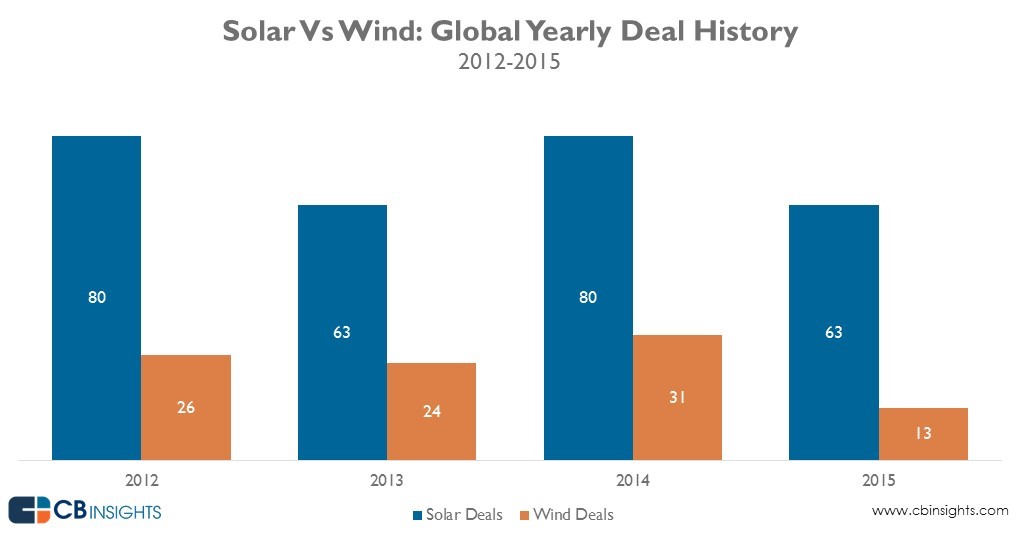 In quarterly terms, deals and dollars in solar peaked in Q4’14, led by the previously mentioned $250M round raised by Sunnova Energy Corp and a $140M private equity round raised by Tennessee-based Silicon Ranch Corporation.

Investment in wind slowed in the second and third quarters of 2015, but rapidly increased in the last quarter, driven by the previously-mentioned mega rounds raised by ReNew Power Ventures and Welspun Renewables Energy.

Sign up for our venture capital database below for more information on green tech companies.