The latest patent granted to Elon Musk's electric-car maker (and Solar Roof seller) Tesla provides some clues into the company’s approach to solar panel manufacturing.The patent comes to Tesla from SolarCity, which it acquired last year.

Since it began taking customer orders for Solar Roofs in May 2017, electric-car maker Tesla has stayed relatively mum about the initiative (beyond saying it has completed the first installations, and that orders are sold out through next year).

A patent granted August 29 provides some clues into the company’s approach to solar panel manufacturing: The 28-page filing for “Systems, Method, and Apparatus for Curing Conductive Paste” details a new way to bond solar-panel materials together using heat.

The patent was originally filed by Tesla’s new subsidiary SolarCity (acquired for a reported $2B+ in November 2016). Use the CB Insights patent search engine to view all of Tesla’s patents.

Though the patent was filed six months prior to Tesla’s acquisition of SolarCity, in making solar tile manufacturing faster and more efficient it aligns with Tesla’s larger strategy of the Solar Roof product — which focuses on making solar roofs more energy-efficient and appropriate for residential settings.

Tesla’s tempered-glass solar tiles are meant to look and act exactly like ordinary shingles, not like the usual large and less elegant solar panels that are generally affixed to the top of a house.

In Tesla’s Solar Roof, the solar panels or solar tiles are made to resemble a typical roof. The company is already marketing 4 style variations of its roof – Textured, Smooth, Tuscan and Slate with the first two available and the latter two slated for 2018.

The goal as Tesla has outlined is a roof that looks like an ordinary roof as this rendering highlights. 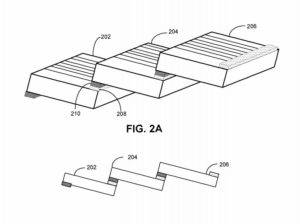 The patented invention provides a new way to bond solar panels in a “cascaded-cell arrangement” (image at right), which is the ideal way to ensure that a high number of solar cells are fitted onto a single solar panel.

The system detailed in the patent describes how a heater can be positioned to cure the “conductive adhesives” that bond the solar materials together.

Once the adhesives are thermally cured under the heater, the bonding enables electrical conductivity between the bonded materials.

Many pieces of the patent explain why this approach is more efficient, and potentially longer-lasting, than other solar-panel fabrication methods, including soldering and convection ovens.

As the patent points out, those methods can lead to inefficient or uneven heating.

In the thermal system detailed in the patent, a conveyer system moves the edge-overlapped materials under a heater for a predetermined amount of time, at a predetermined distance between the heater and the solar strips. 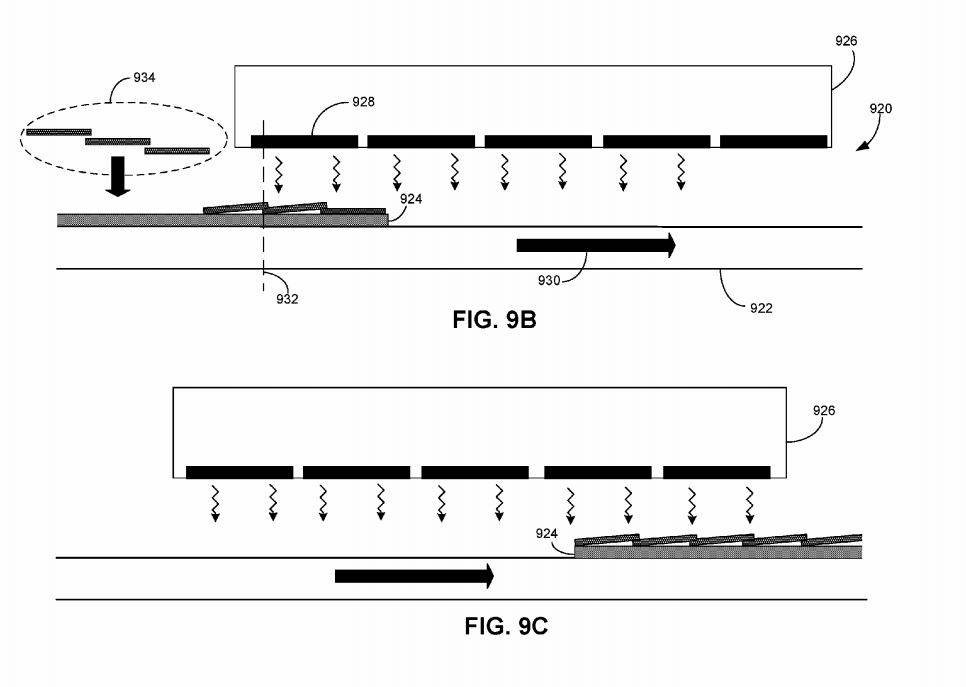 Compared to the “direct-contact-based-heating” methods discussed above, this approach is more efficient and leads to better uniformity – curing the conductive paste and bonding the strips together in as little as 60 seconds.

Since the patent discussed how this fabrication technique can be utilized in the large-scale manufacturing setting, one can also wonder if the more efficient, longer-lasting process may help lower the costs of the Tesla Solar Roof product over time. (Consumer Reports has estimated the installed cost of a 3,000-square-foot Tesla Solar Roof to be around $73,500.)

The patent is also the third energy- and efficiency- related patent issued to Tesla this quarter: The others were for lower-temperature and faster-charge functionality of its vehicle batteries.