Putting together its M&A activity and investment pace, SoftBank has participated in roughly $4.4B worth of deals to private companies in the US in the last seven years.

Focus has recently centered on Japan telecom giant SoftBank Group after its CEO Masayoshi Son met with president-elect Donald Trump and made news with a pledge to invest $50B in the US and create 50,000 new jobs. Is SoftBank Group on pace to play as large a role in US tech investing as indicated by this announcement?

We used CB Insights’ database to track the history of SoftBank’s investments in private companies in the US versus those made in other parts of the globe.

SoftBank had previously announced a $100B fund with the backing of Saudi Arabia’s sovereign wealth arm, the Public Investment Fund, so its activity could certainly step up. But our analysis shows that SoftBank was already an aggressive investor, even putting aside its backing of publicly traded companies such as Sprint.

*This analysis does not include SoftBank Capital, which has other backers besides SoftBank and operates as an independent VC firm. SoftBank Capital is not currently making new investments.

US vs global deal activity 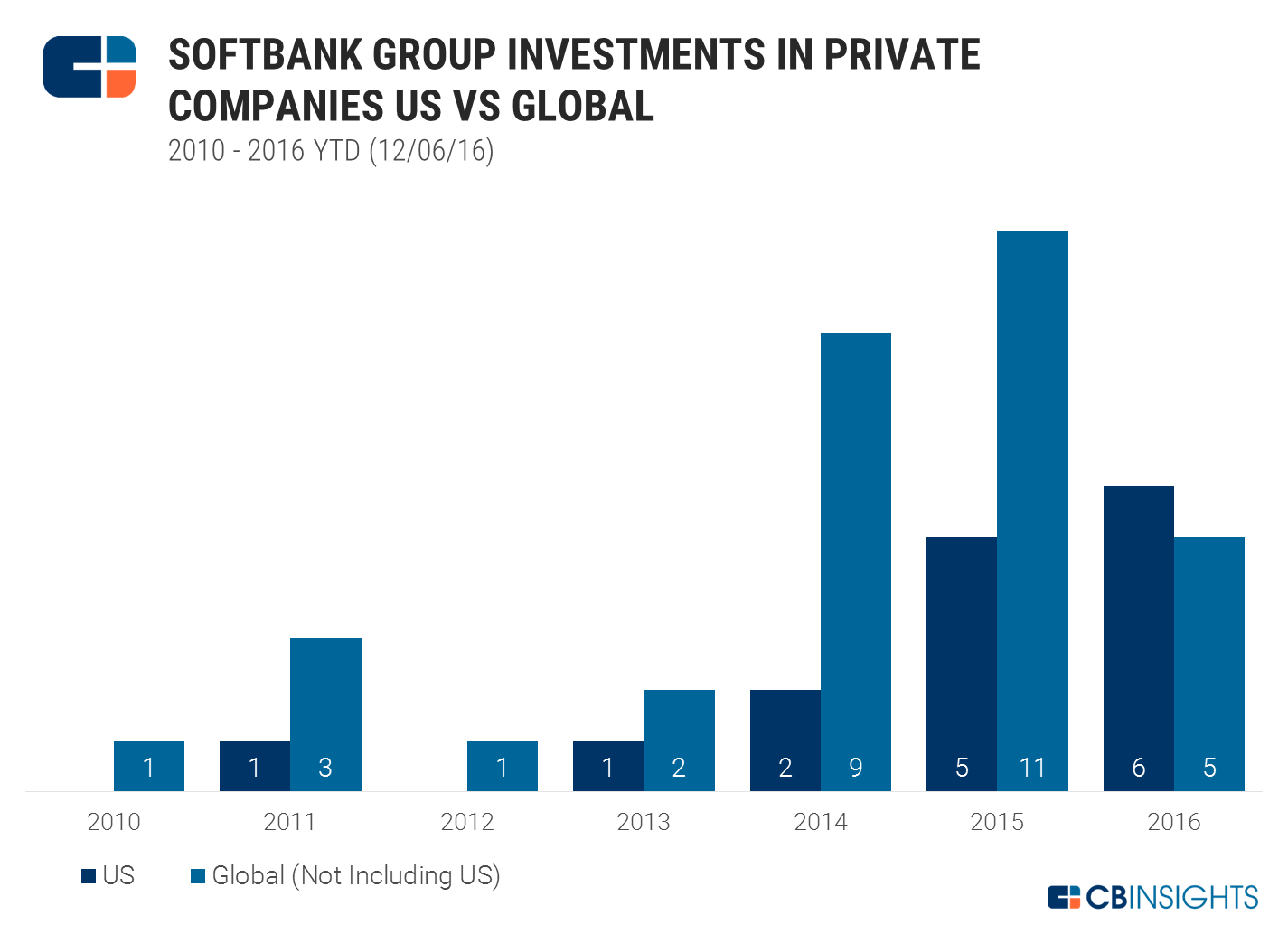 Participation in US startup funding

When looking at dollar funding, it’s important to realize SoftBank Group co-invests with other investors, so these totals are for the deals that SoftBank was a participant in, but the dollars did not necessarily all come from SoftBank. However, as can be seen below, the totals are significant. SoftBank participated in over $2.2B worth of deals in the US, including a large $130M Series B to microbe engineering and lab automation startup Zymergen and a $1B Series E to lending unicorn SoFi in late 2015, which accounts for the bump last year. 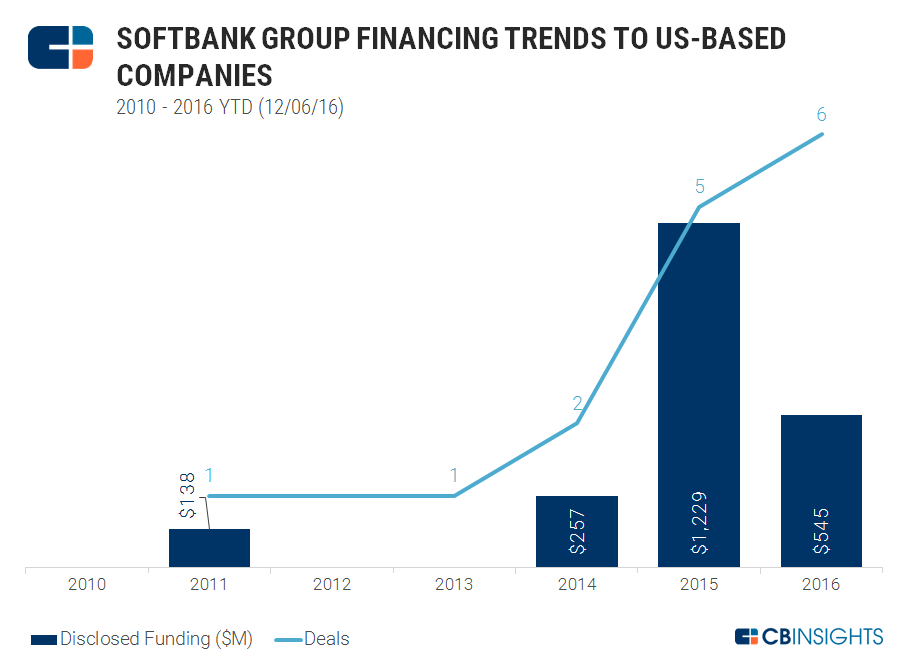 SoftBank has also invested as the sole investor in five rounds to US-based private companies in recent years from 2014 to 2016 year-to-date (included above), with the total from these deals adding up to $516M invested. These deals include a $250M 2014 investment for a minority stake in Burbank, California studio Legendary Entertainment, which was later acquired by Chinese investor Wanda Group.

Softbank Group has also acquired two US-based private companies. It acquired Miami, Florida-based wireless company Brightstar for over $2B in 2013, and the next year acquired DramaFever, an international video distribution site. It later sold that site to Warner Bros. Entertainment.

Putting together this M&A activity and investment pace, SoftBank has participated in roughly $4.4B worth of deals to private companies in the US in the last seven years. Again, given SoftBank-Saudi Arabia’s investment vehicle, that activity could step up significantly.

Along with this, you can see all of the investments Softbank has made so far here with our Softbank Investment Tracker.