Research Brief
1711
Alibaba and Tencent have been the most active Asian investors in US startups. But the two have never invested in the same company - until Snapchat.

Over the last two years, Alibaba has been writing big checks to a span of U.S. tech startups in everything from gaming to mobile search to luxury goods eCommerce. And now, Alibaba’s going big investing $200M investment into Snapchat at a $15B valuation. Yes – Snapchat is now a decacorn.

Fellow Chinese technology company, Tencent also invested in Snapchat (in an earlier round – Series B).  Alibaba and Tencent are two of the most active international investors in US tech startups.

But interestingly, the two companies have never done a startup deal together – until Snapchat. An analysis of CB Insights’ Business Social Graph reveals that Snapchat would be the first startup that both of the Chinese Internet giants share in terms of investment. 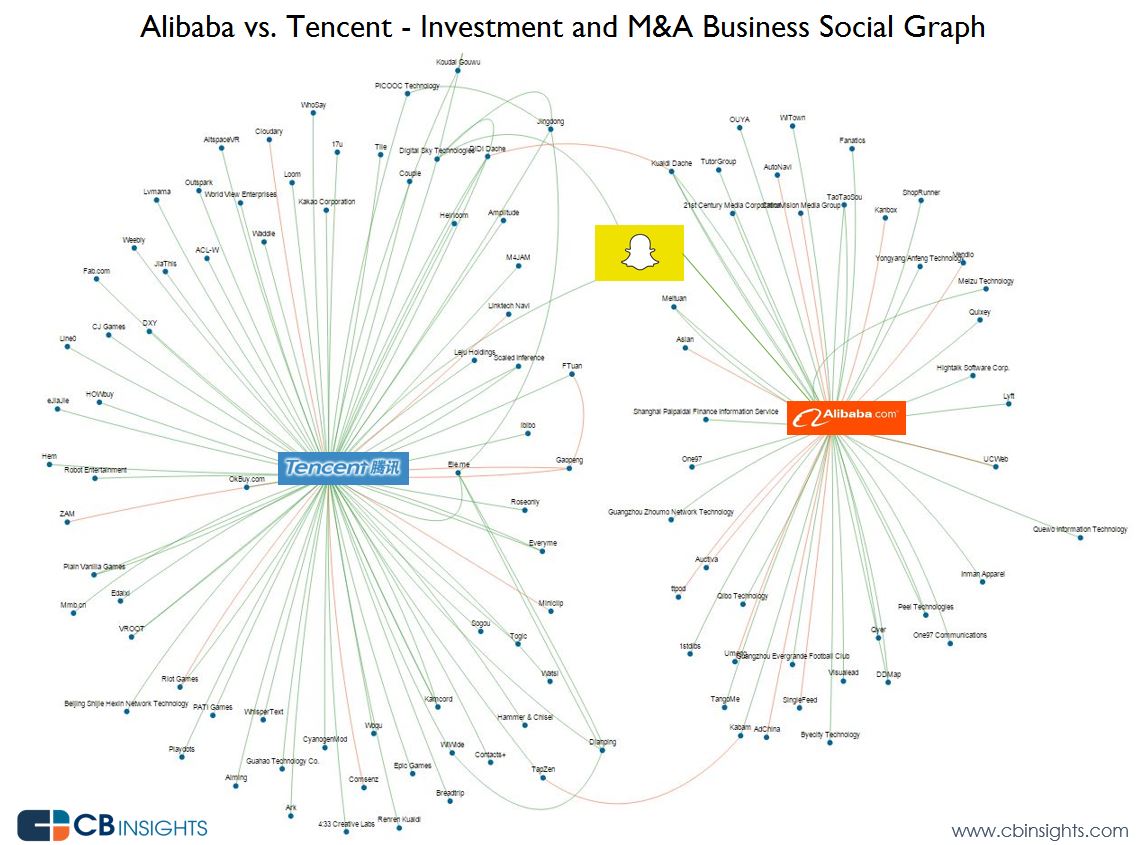 Below are some of Alibaba and Tencent’s US tech investments from our prior comparison of the two. 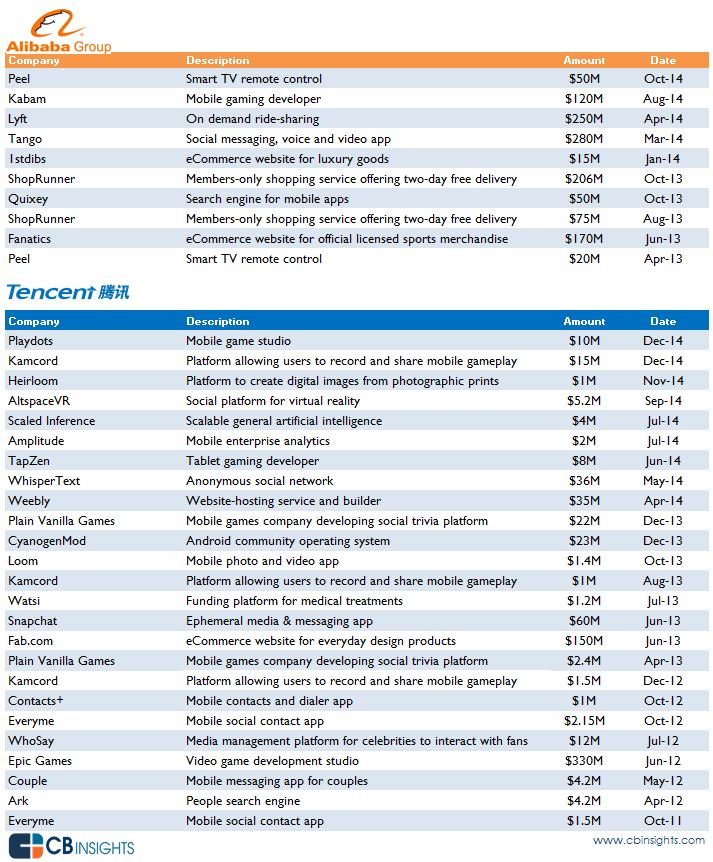 Want to explore the investment and M&A activity of Asia’s largest tech companies?  Check out the CB Insights Venture Capital Database by signing up below.