Internet of Things startups have attracted over $7.4B in cumulative investment over 887 deals since 2010. As the IoT continues to transform business categories such as auto, medicine, and heavy manufacturing, it’s important to know where to top VCs are placing their bets.

(For more on how we selected the 20 VC firms, see the note at the end of this post.)

Looking at quarterly trends, the IoT space saw an uptick in deals involving smart money VCs beginning in 2011. However, smart money participation peaked in Q4’14, with $332M in funding. Since then, these top investors have cooled off on IoT bets.

The Q4’14 peak was fueled largely by Sonos‘ $130M Series E round (Index Ventures), and the $40M Series C round to Misfit Wearables, a wearables company that was later acquired by Fossil Group (Khosla Ventures and Founders Fund were backers of Misfit).

At the current run rate, 2015 will mark a 3-year low for funding that includes smart money VC participation. And Q3’15 saw the lowest investment dollars since Q2’10, with only 3 deals including the top VCs. Comparatively, the previous 10 quarters ranged between 5 and 10 deals with their involvement. 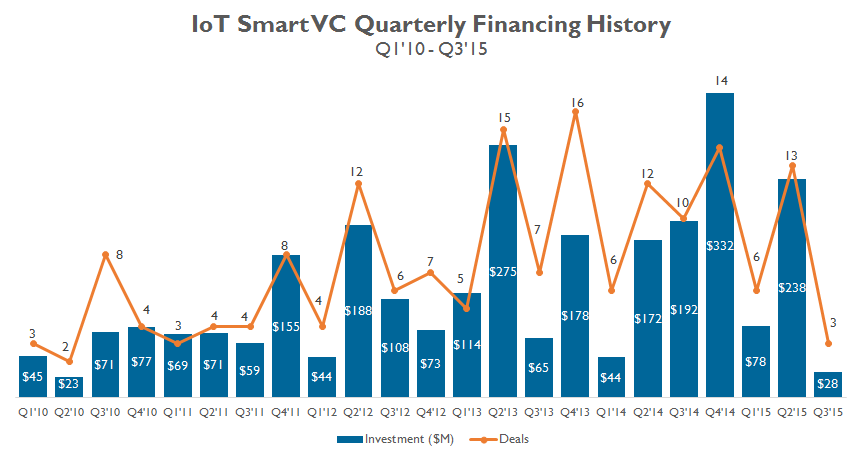 Another useful way to visualize smart money strategies is to use CB Insights’ Business Social Graph which shows how top investors and target companies are related. The spot for most active smart money VC firm in the IoT was a tie between Khosla Ventures and Kleiner Perkins Caufield & Byers, with Andreessen Horowitz not too far behind. All these investors backed 15 or more unique IoT companies. Interestingly, all three firms were investors in the fitness band maker Jawbone. 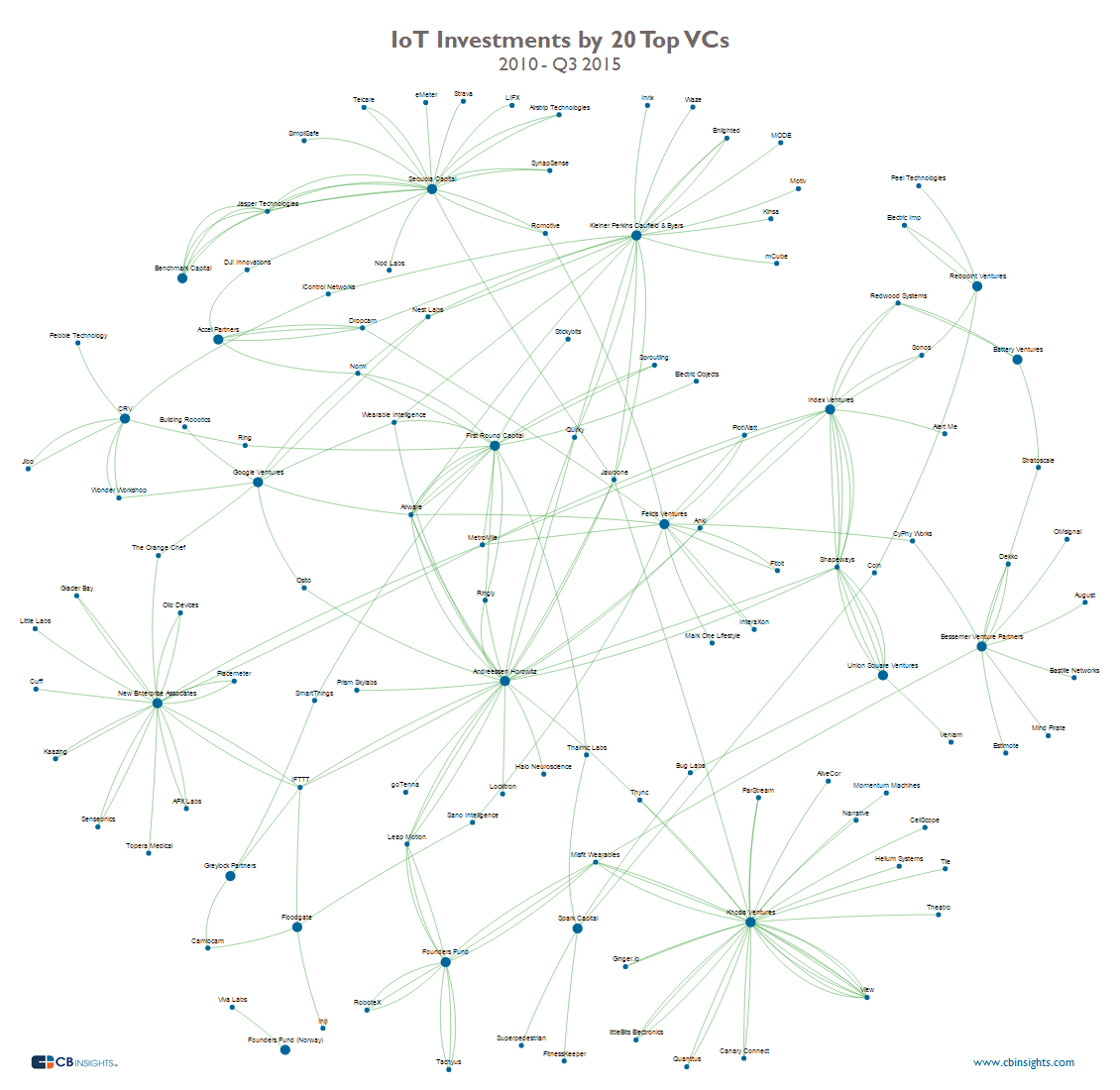 We identified 9 different IoT categories that smart VCs are targeting.

Note: To analyze smart money trends, we looked at the activity of 20 top VC firms, selected according to portfolio valuations and investment outcomes. Some of the investors are linked to relevant research briefs. Here’s our full list of 20 smart money investors:

Want more data about top IoT companies? Login to CB Insights or sign up for free below.