Industrial 3D printing companies have raised some of the biggest funding rounds in the technology’s history in recent years. 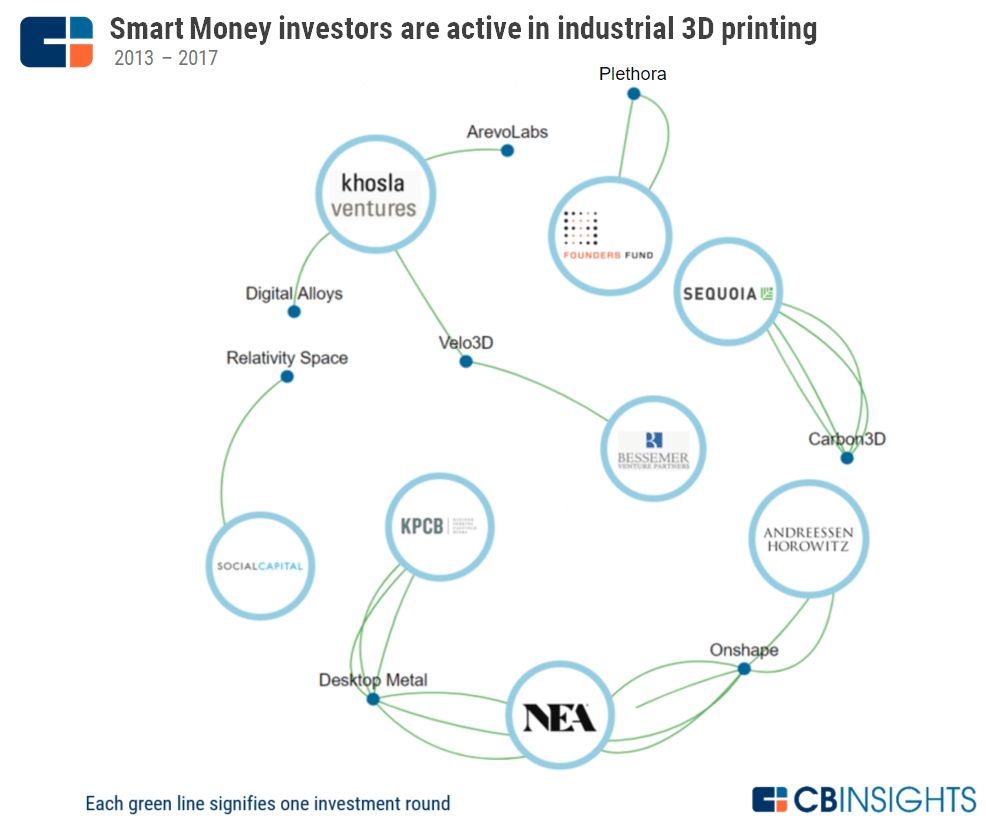 From 2013 through 2017, smart money VCs have invested in 8 industrial 3D printing companies over 23 rounds. Some of the largest funding rounds, to companies like Desktop Metal and Onshape, have seen co-investment by these top VCs.

Printer makers are also raising multiple large rounds in short intervals. Kleiner Perkins and NEA have participated in 3 funding rounds to Desktop Metal. The first was a $14M Series A round in Q4’15, followed by a $34M Series B round less than a year later in Q2 2016. Around a year later, after raising two additional rounds with other investors, Desktop Metal raised a $115M D round with Kleiner Perkins and NEA participating again.

Carbon has also raised multiple mega-rounds quickly, with participation from Sequoia in each round. The company raised a $200M D round near the end of 2017, which was preceded by two Series C rounds for $100M and $81M in 2015 and 2016 respectively.

The frequency and size of rounds raised by industrial 3D printers could be a function of the capital intensity of manufacturing industrial machinery. 3D printer makers have matured to the point where they are ramping up production, making them a good bet for the large amounts of capital smart money VCs are able to deploy.