Research Brief
2655
Smart money VCs decreased their deals to ed tech startups in 2015 and their activity is on track for a further dip this year.

Ed tech funding and deal activity have experienced a chill, slowing down in 2016 year-to-date, and smart money is no exception. The top smart money VCs have participated in over 160 ed tech funding rounds cumulatively since 2011, but have been decreasing their involvement in the industry over the past two years.

In fact, smart money VCs were ahead of the curve when it comes to the ed tech slowdown, since they started slowing down their participation in ed tech deals in 2015, while overall investors were still upping their activity in the category.

Note: For more on how we selected our 24 smart money VCs, please see the explanation and full smart money list at the bottom of this post.

Smart money VCs have decreased their ed tech activity since 2014, when they participated in a peak of 39 ed tech deals. That number dropped to 27 in 2015, and — with just four deals so far in 2016 — is on track to fall even farther this year. 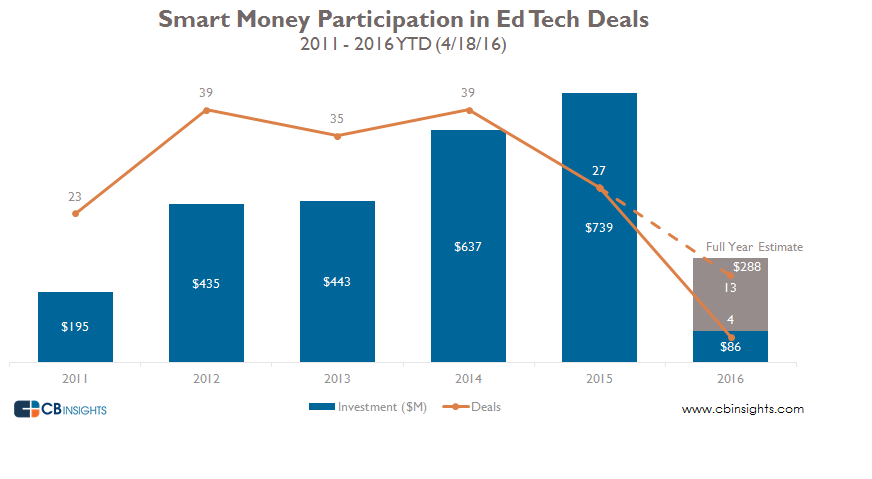 CB Insights’ Business Social Graph allows us to zoom in on the relationships between investors and target companies, and visualize smart money strategies. Accel Partners has been most active in ed tech, with over 20 investment rounds in some 15 unique companies, most notably adaptive-learning platform Knewton and IT learning platform Grovo Learning.

Here are a few more takeaways from the visualization below: 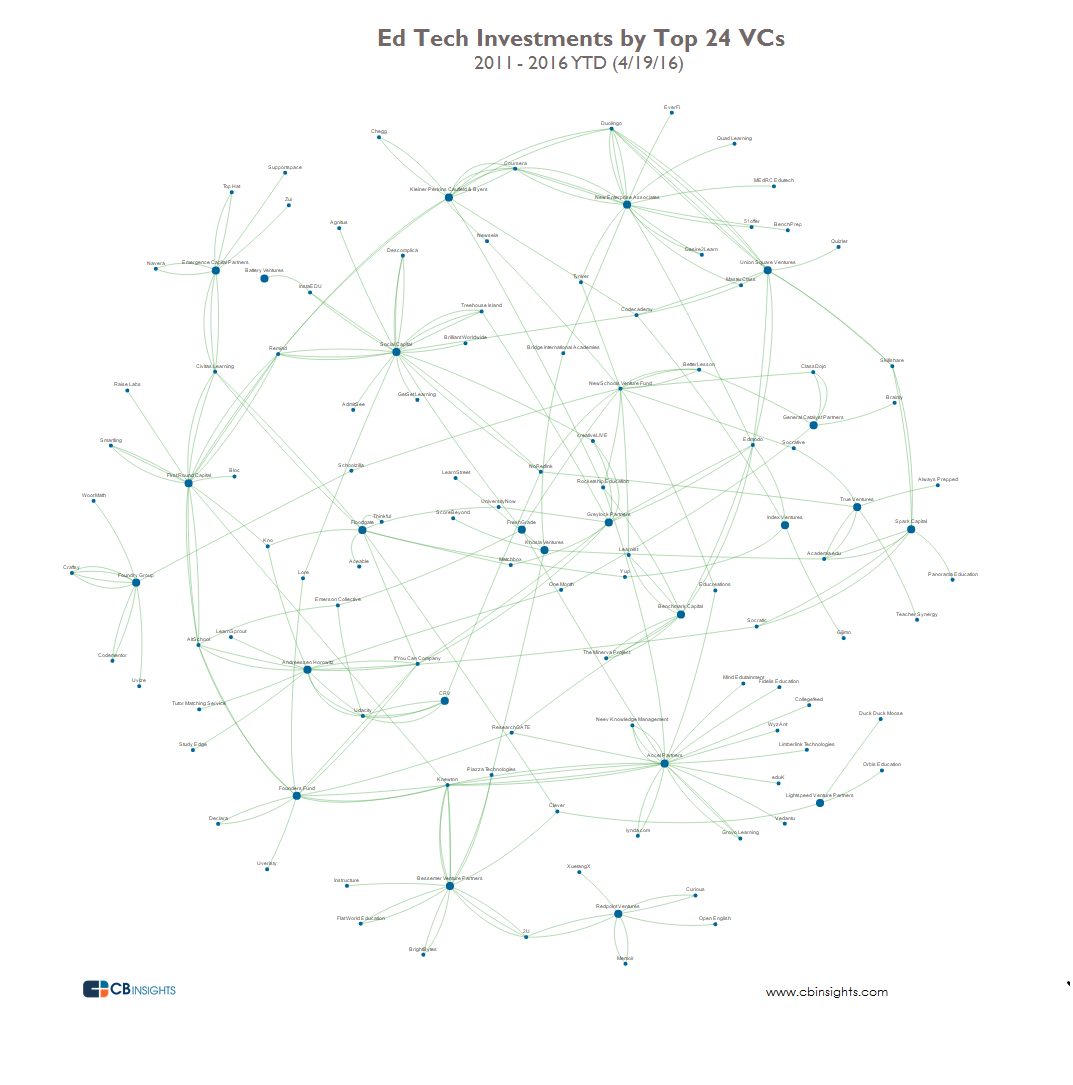 Want more data about top ed tech companies? Login to CB Insights or sign up for free below.