Research Brief
4421
Smart money investors have slowed their investing pace, with investments at the seed and Series A stage falling off significantly.

In venture capital, a small number of investors generate a large portion of industry returns. We call these “smart money” investors and tracking their activity can provide a window into how venture investing is trending. We used CB Insights data to analyze deal activity among these smart money investors and see how their investment pace has changed.

We define smart money venture capital firms as those firms with the best combination of portfolio valuations and investment outcomes. Our methodology led us to identify 24 venture capital firms (non-micro VC) that stand above the rest in terms of financial success. The full list of VCs analyzed is at the bottom of the post.

When we look at the investing pace of these firms, there’s been a clear slowdown since Q2’15. Compared to a peak in Q2’14, which saw 320 deals from this group of investors.

In the most recent two quarters, deals dropped below 200 for the first time since at least 2013. 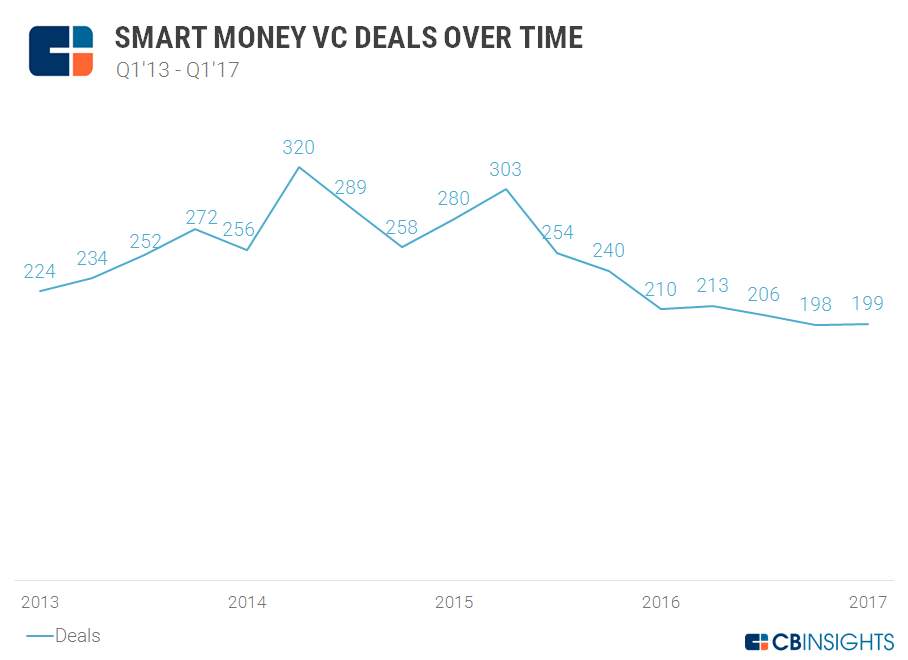 The noticeable decline can largely be attributed to a drop in seed deals. Andreessen Horowitz, a large driver of seed deals amongst the smart money investors, dropped from a peak of more than 60 seed deals in 2013 to just 10 in 2016. 2016 saw more participation by smart money VCs in the mid-stage (series B and C rounds), taking more than 40% of deal share, compared to 33% in 2013. 2017 has so far seen more participation in the late stage (series D and E+) including deals into Namely, Proterra, and iZettle. 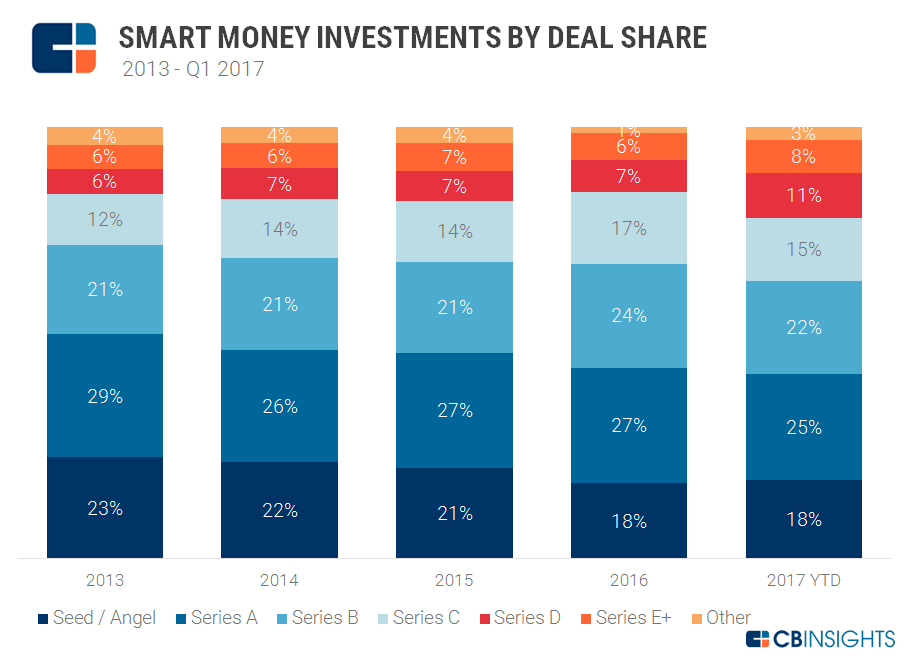 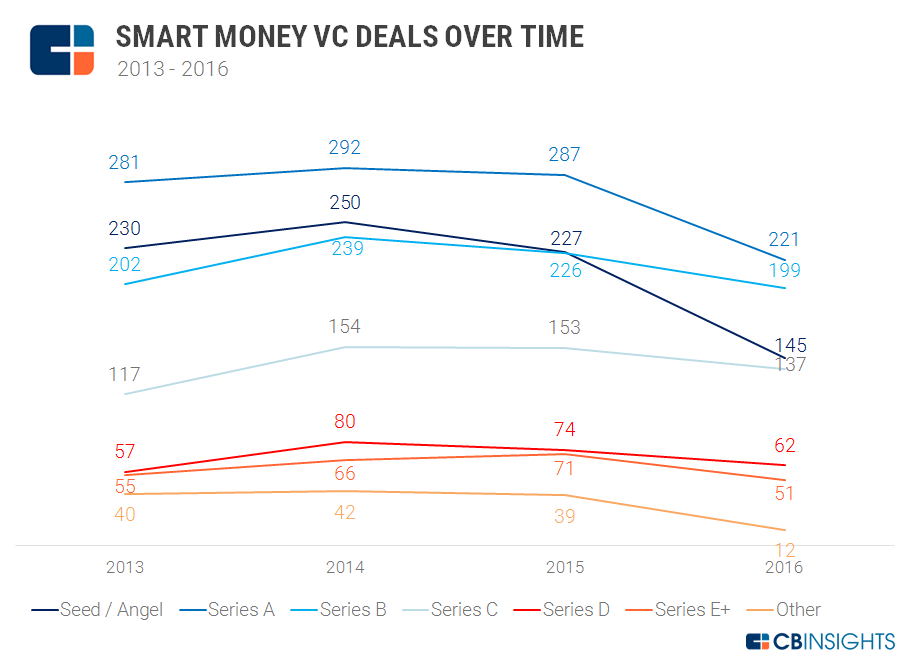 Startups funded by the top performing venture capitalists. Sign up for a free trial and look for Smart Money VCs in the Collections tab.

Even though smart money VCs are pulling back in deals, they continue to raise more and more money for their funds. These 24 investors raised more than $15B in 2016, more than double the funds raised in 2015. As these investors start getting involved in later stages and larger funding rounds, it’s possible that larger funds are also required. More and more of these VCs are raising opportunity funds as well, which are typically used to invest in follow-on financings. Either way, there is still plenty of dry powder available for these investors. 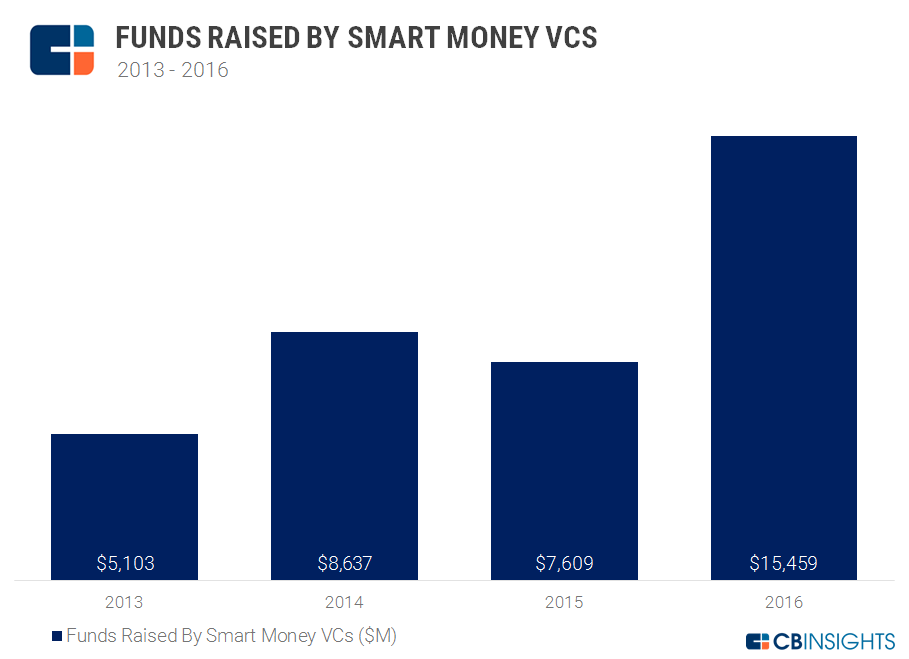 Note: To analyze smart money trends, we looked at the activity of the top 24 VC firms, selected according to portfolio valuations and investment outcomes. Some of the investors are linked to relevant research briefs. Here’s our full list of 24 smart money investors:

Want to track where the smart money is investing? Check out our private market database or sign up below.