Water leak monitoring has been an area of interest for smart home investment by insurers.

Both Ring and August were previously backed by P&C insurers, who have actively been partnering with and investing in smart home startups over the last few years.

Smart home startups backed by insurers have seen mixed success. AmFam Ventures-backed Snupi Technologies sold its WallyHome sensor technology to Sears before shutting down at the end of 2015, for example.

Here’s a look at strategic investments by insurers in smart home companies, including those have been acquired or scooped up by larger players (click the image to expand). 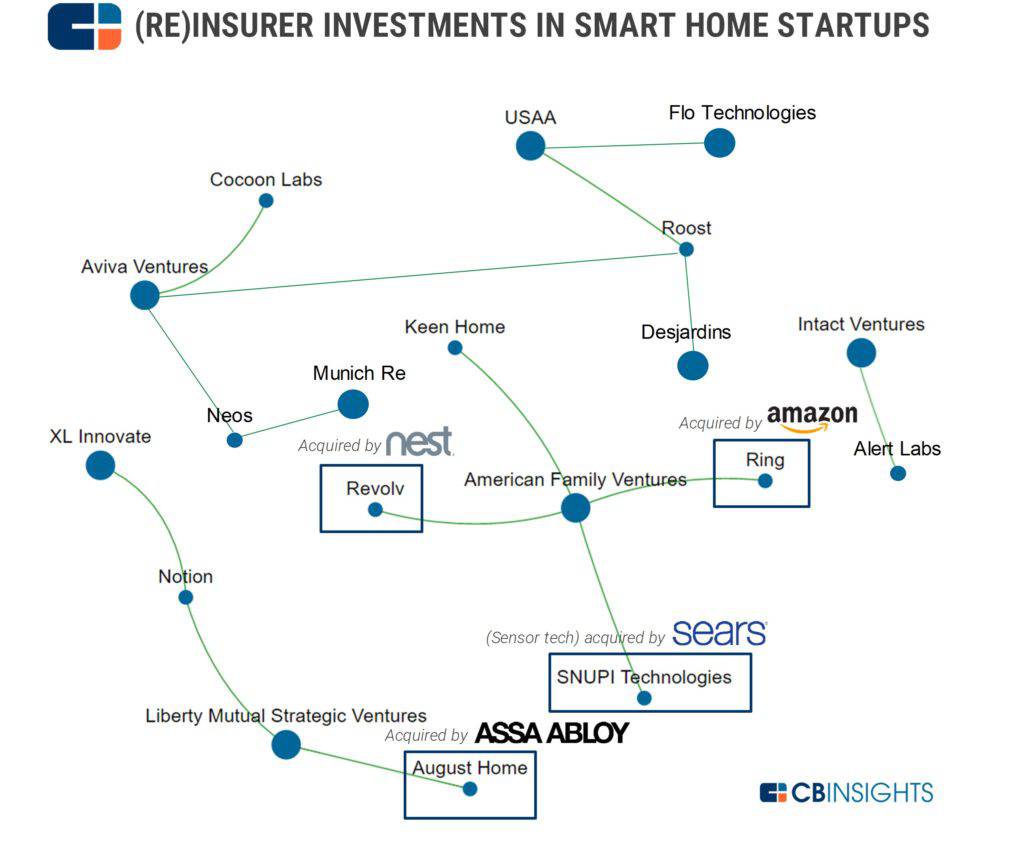