Research Brief
1310
Enterprise communication app Slack has ranked in or near the top 100 'Business' apps since attaining a top 100 rank for the first time in February.
See the fastest-moving apps and publishers in the iTunes App Store with our free CB Insights Mobile Momentum newsletter.

In February, we’d highlighted that enterprise communication app Slack had been steadily rising in the App Store rankings – moving into the top 100-ranked ‘Business’ apps. At the time, Slack’s App Store rank looked like the chart below, despite not having raised financing in 34 months. We wondered, has Slack’s momentum, and thus its ranking, ‘slacked’ since? 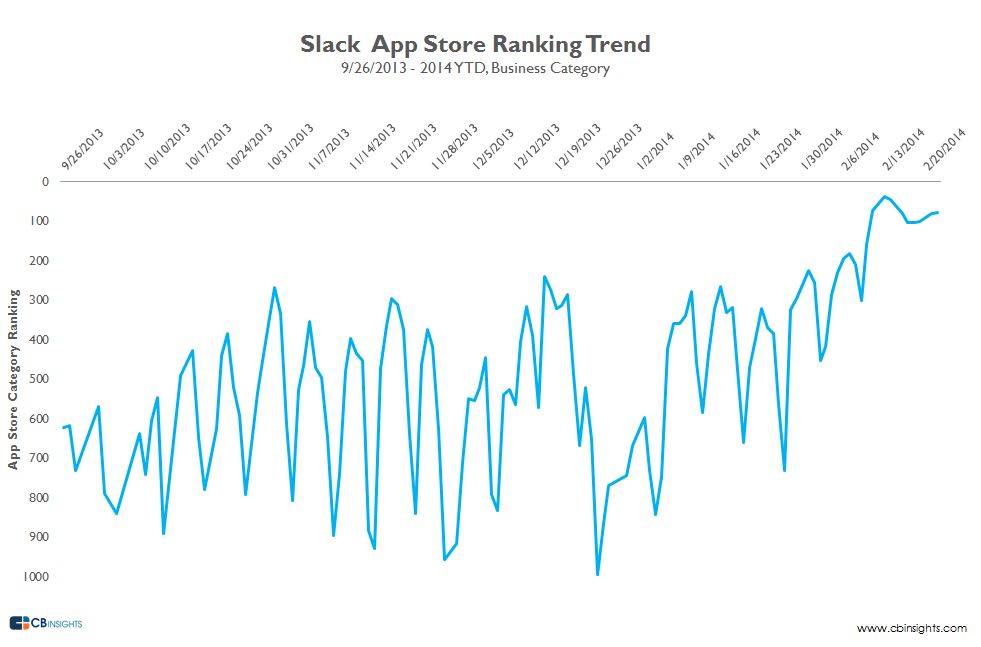 Clearly not, according to the data. Since its Feb 12 launch, Slack has ranked in or near the top 100 ‘Business’ apps since attaining a top 100 rank for the first time in February. In April, Slack announced a $43M Series C from investors including The Social + Capital Partnership, Accel Partners and Andreessen Horowitz at a valuation of $250M.

Below is the App Store rank chart for Slack since October 2013 to present (Updated as of Slack’s latest $120M financing from Kleiner Perkins and Google Ventures at a $1.12B valuation). The app’s quick rise and subsequent steady rank performance at the top of the business apps rankings is pretty stark. This app ranking data comes directly from CB Insights’ Performance Metrics. These metrics are available to CB Insights subscribers in the Division or greater plans. 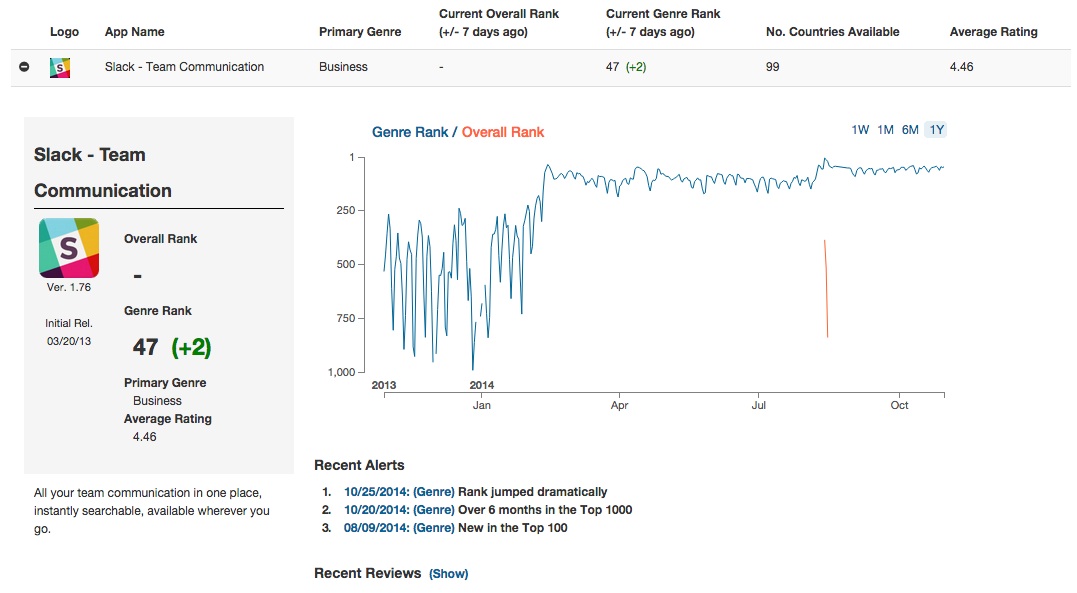 Want to get to our underlying financing, exit and mobile app data, sign up for a free trial below.