At least nine investors helped back Skyscanner before the acquisition, including Sequoia Capital.

The Chinese travel services provider Ctrip, acquired the Scottish flight search engine company Skyscanner, for $1.7B on November 23, 2016. The acquisition is the second largest VC-backed European tech acquisition since 2010.

The deal is also the largest VC-backed travel tech acquisition globally in the last seven years.

We used CB Insights database to put the deal in context with the company’s European tech counterparts and other travel tech companies from around the world that were all also acquired between 2010 and 2016 YTD (12/1/2016). We also take a close look at Skyscanner’s financing history in the run-up to the acquisition — the company’s Series A round was nearly a decade ago.

*Only first exits of private companies were included in this analysis.

Skyscanner’s acquisition comes in as the second-largest European tech exit at $1.7B. The video game company Supercell was acquired by SoftBank Group and GungHo OnLine Entertainment for $3B, in October, 2013. That deal is the largest acquisition of a VC-backed tech company in Europe in at least the last seven years.

(Notably, Supercell was more recently acquired, trading hands for the 3rd time, in June 2016, valued at $10.2B.) The only other VC-backed European tech company to exit for more than $1B was the global satellite services provider O3B Networks, acquired by SES for $1.43B in Q2’16. 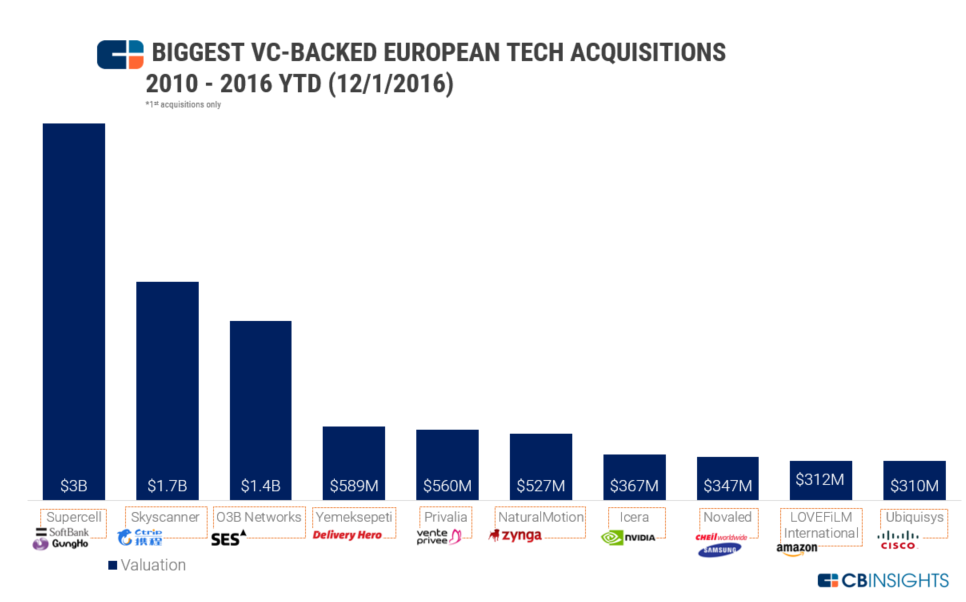 Skyscanner ranks 4th in capital efficiency per the company’s “multiple of capital invested,” compared to the nine other companies that make up Europe’s biggest VC-backed tech acquisitions since 2010.

To determine the multiple, we used the ratio of exit value to the companies’ total funding raised at the time of its 1st acquisition. The resulting ratio gives us a sense of capital efficiency, or the proportion of value created by the company compared to the amount of funding it had to raise.

The company NaturalMotion has the highest multiple among the startups below. The company was acquired by Zynga in January 2014, for $527M, which was 48x the amount of capital it raised to get there. 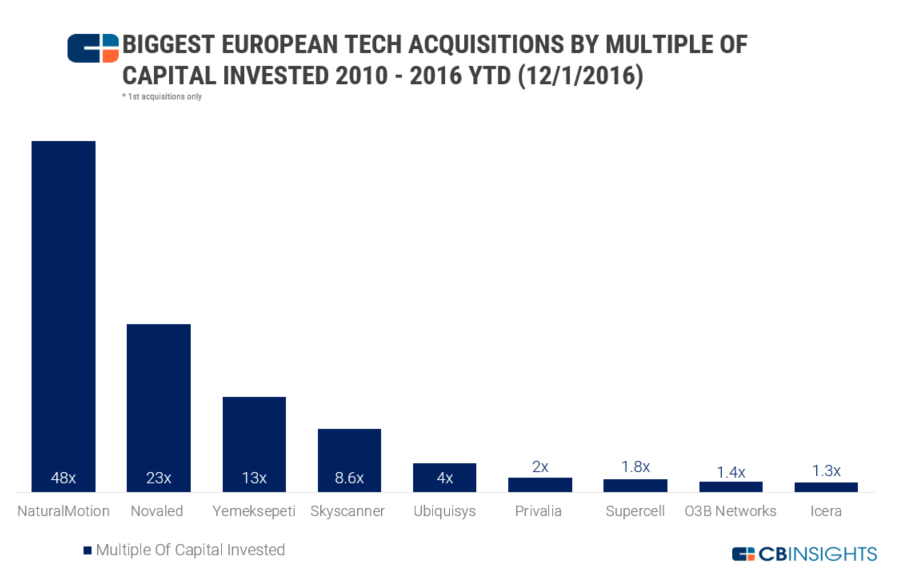 The Skyscanner acquisition is far-and-away the biggest VC-backed travel tech acquisition globally since 2010. In fact, no other travel tech company has exited via an acquisition for more than $200M in the last seven years. In second, is the US company Viator which was acquired by TripAdvisor for $200M in August, 2014. 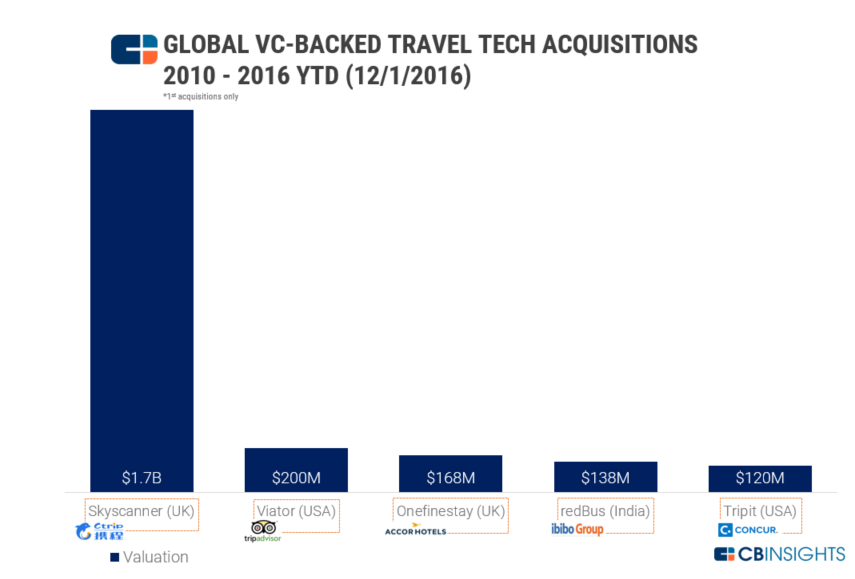 At least nine investors backed Skyscanner before it exited. The company’s Series A round took place over nine years ago in November 2007, with $5.18M from Scottish Equity Partners. Other backers for Skyscanner include: Sequoia Capital (Series B), and Yahoo! (Series C).

The screenshot below was pulled directly from the CB Insights platform.

Want more data on startup acquisitions? Log in to CB Insights or sign up for free below.