Hedge funds and mutual funds ranging from Tiger Global Management to T. Rowe Price have been frequent participants in mega-financing rounds and billion-dollar valuations this year.  Now, sovereign wealth funds are also jumping into the fray.

According to CB Insights data, Singapore’s two sovereign wealth funds – Government of Singapore Investment Corporation (GIC) and Temasek Holdings – are on pace for an annual deal high in 2014 for private transactions.

Most notably, GIC recently led a $150M investment into closely-watched mobile payments startup Square, bumping up its valuation to $6B. But Square isn’t the only high-profile deal the Singapore SWFs have participated in this year. The two Singapore SWFs also participated in landmark deals to Indian eCommerce giants – Flipkart and Snapdeal. GIC partipated in Flipkart’s $1B financing in July at a valuation of $7B, while Temasek participated Snapdeal’s $100M round in May. Separately, Temasek also led a $50M deal into Internet of Things platform Jasper Technologies in April at a valuation of $1B. 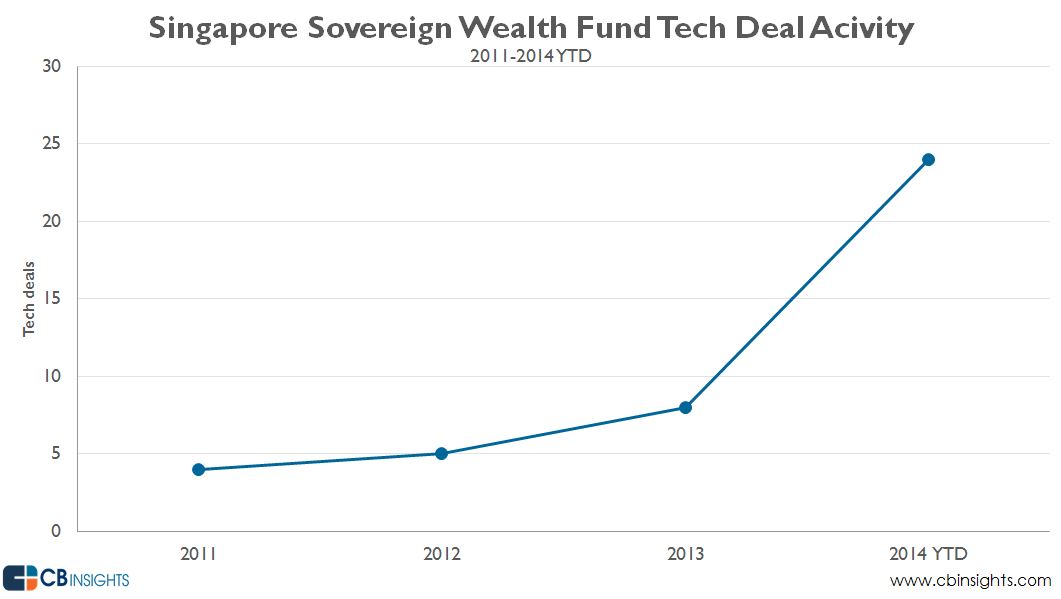 Given the influx and notable deals this year, will we see more VC-backed U.S. startups look to sovereign wealth funds for funding? Weigh in below. If you need to track SWF deal activity, use the CB Insights private company financing database. Create a free account below.