Research Brief
1429
Marc Andreessen may have a point. Companies are staying in the "seed" stage longer. Are they fooling anyone?

As companies raise more funding prior to their Series A, the lines between Seed and Series A are becoming increasingly murkier. Marc Andreessen offered his view on where the line should be drawn. (Note: Mark Suster also has an informative post on this topic)

I think it’s about $3M in total seed financing right now. Beyond that, you’ve effectively already raised an A.

As the graph below illustrates, there has been a noticeable uptick in companies who’ve raised seed financing exceeding $3 million but who’ve not raised what they call a Series A.  In fact, there are more than 7 times the number of tech companies with more than $3M in pre-Series A funding in 2014 YTD vs 2010.  And this is only through the first nine months of 2014. 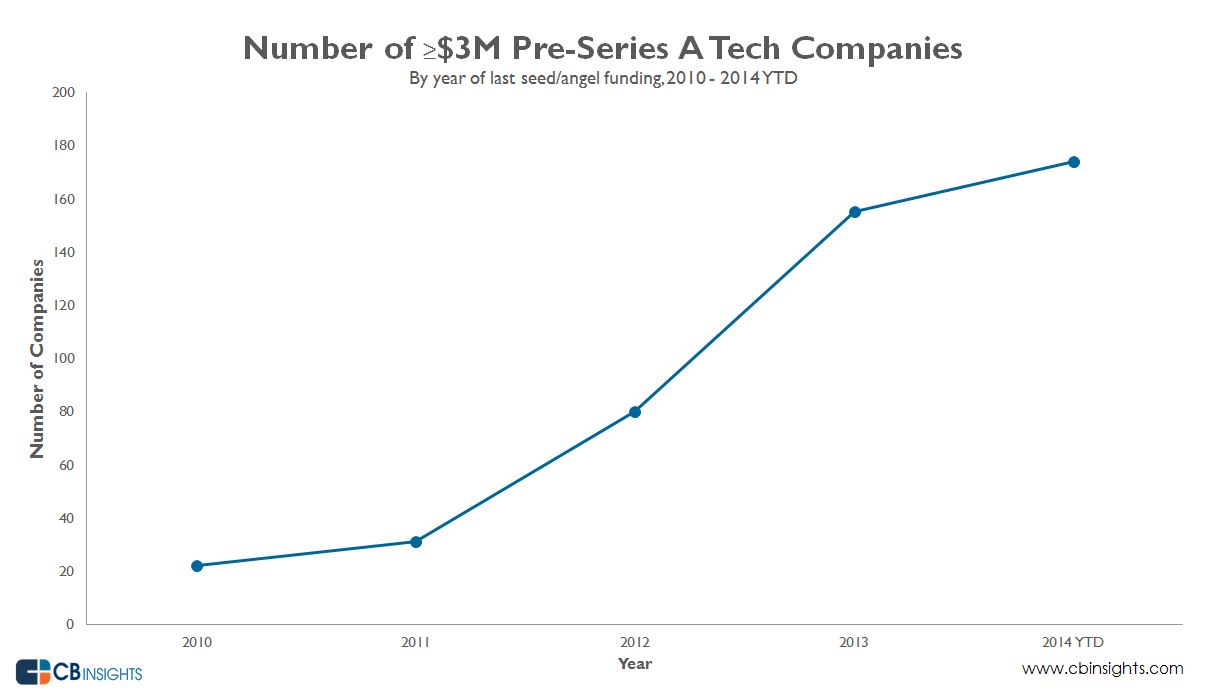 Andreessen suggested raising $6 million in seed and then saying you’re raising an A round is also not fooling any “competent VC”.

Cautionary note: No competent VC is actually fooled when you show up after raising $6M in seed financing and say you’re now raising an A!

So when we look at “seed” companies who’ve raised more than $6 million but haven’t raised Series A, we also see a noticeable uptick in the number – a 6x increase from 2010 to 2014 YTD. 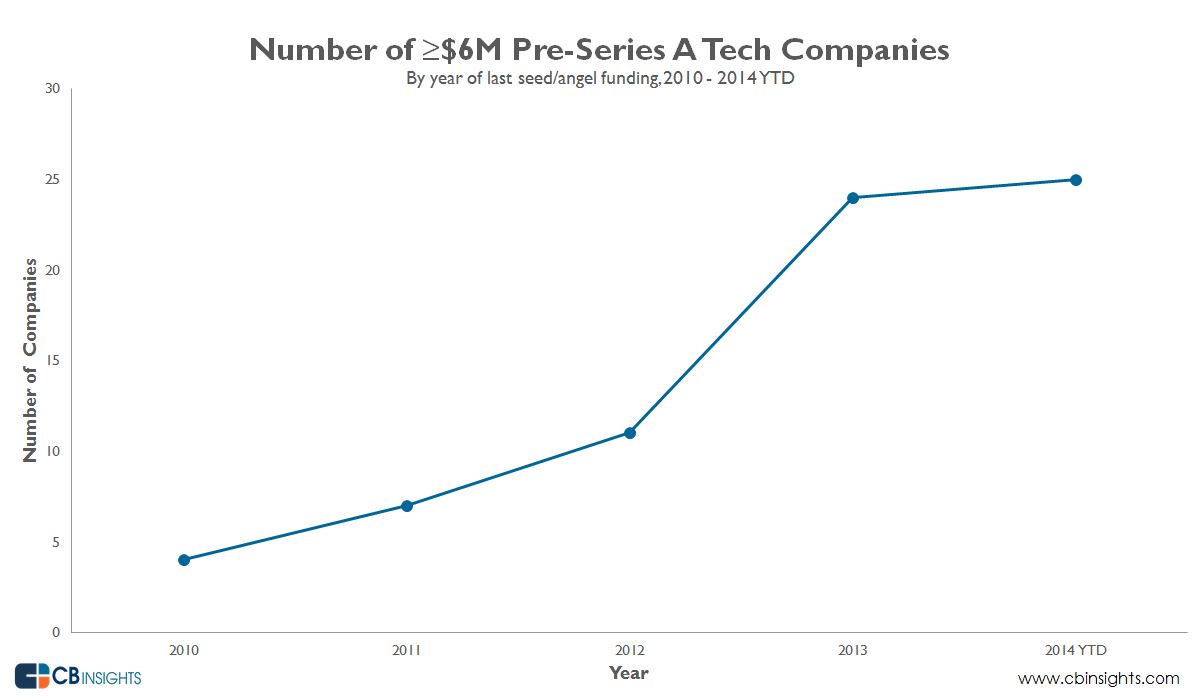 What do you think about this trend towards companies staying “seed” longer? Weigh in below. If you need to track early stage deal activity, use the CB Insights venture capital database to track early-stage financing data. Create a free account below.