The 2016 Tech IPO Pipeline features 531 high-flying investor-backed private technology companies in the US. And based on the data, a handful of venture capital investors rank ahead of the rest when it comes to portfolio companies on this year’s pipeline.

Specifically, Sequoia Capital has the most Tech IPO Pipeline investments alongside Andreessen Horowitz, which jumped from fourth on last year’s list to a first-place tie. Kleiner Perkins Caufield & Byers, which took the top spot for 2015 Tech IPO Pipeline companies, ranked third, while Accel Partners and New Enterprise Associates rounded out the top five.

Of note, given 2015’s tepid IPO climate, none of the top five investors ranked by Tech IPO Pipeline companies counted more than two US tech IPOs last year (Square, Box, Etsy and Teladoc were among these).

The chart below highlights the top 20 investors in the 2016 Tech IPO Pipeline class by current rank. 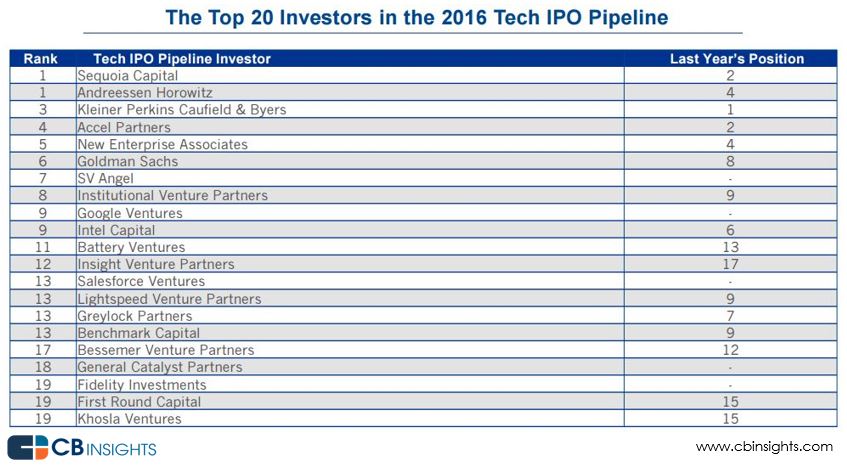 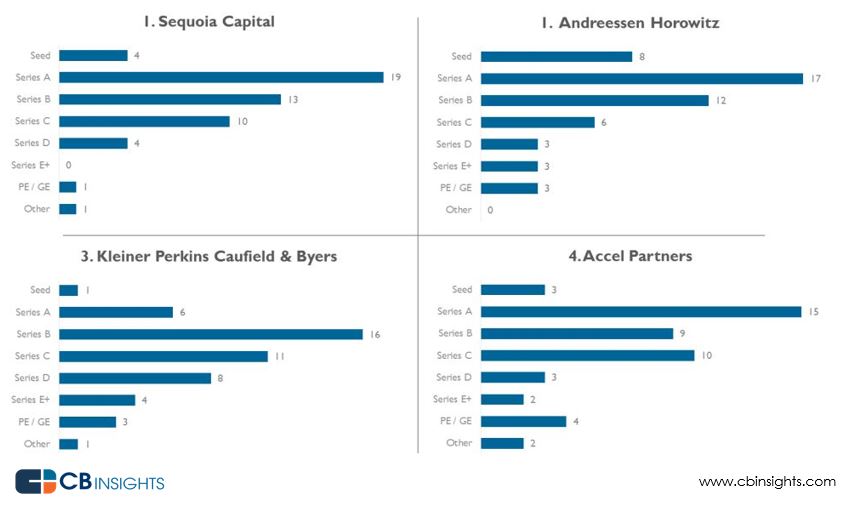 Looking for more venture capital data and analytics? Sign up free for the CB Insights Venture Capital Database below.