Real-time financial information company Selerity has raised $8.1M to-date to develop technology to capture and deliver events that impact financial markets in real-time. What they didn’t anticipate was capturing events before they are supposed to happen. But they did, and they added over 10,000 Twitter followers in the process.

The early reporting of earnings caused the stock to fall over 20% within hours of the announcement. With such a large announcement happening via the company’s Twitter account, we used CB Insights Performance Metrics and our recently added trending Twitter metrics to see the impact of the “pre-announcement” on Selerity’s Twitter followers. As you can see, Selerity’s follower count went from below 2000 before the leak to over 10,000 just a day after the leak. This jump was significantly larger than the previous jump in December which was due to Selerity tweeting out the ADP Employment Report statistics early. The chart shows the growth. 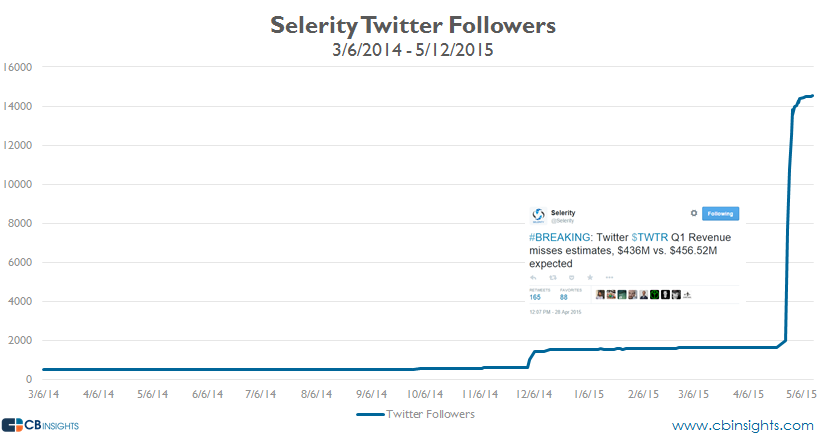 When we drill down more specifically we can see the various events that drove this massive increase. The first event was the first tweet (shown above) that hit twitter at 3:07 PM EST. The following day our news classification algorithms identified over 20 articles relating to Selerity in the media, including the New York Times piece titled “Breaking News About Twitter, on Twitter” which detailed Selerity’s Twitter account. In the coming days, the company’s follower account continued to grow to over 14,000 followers. 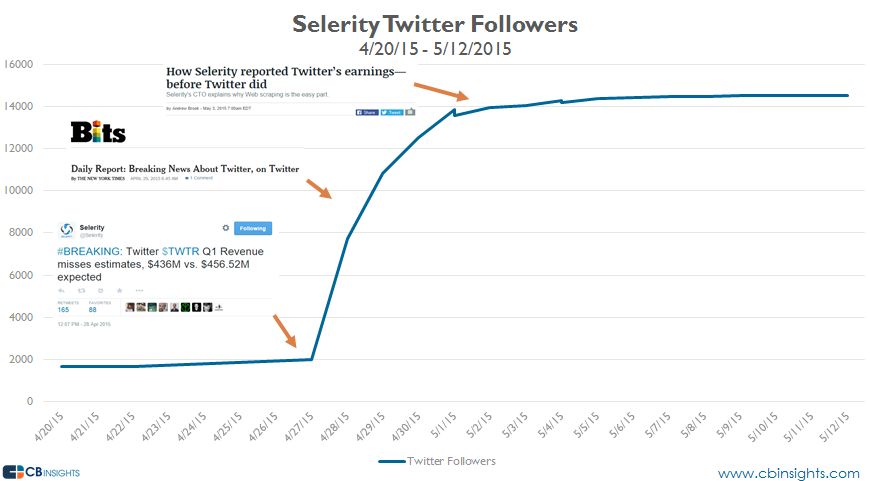