Research Brief
1490
What is the impact of having a lifecycle VC in your seed round? Does revenue or selling a vision let you raise a larger Series A?
The following is a guest post by David Beisel (@davidbeisel), Co-Founder and Partner at NextView Ventures (@NextViewVC).

Once a startup has raised seed capital, plenty of theories and advice exist on how to successfully raise a Series A. Recently, we looked at our own portfolio at NextView Ventures to dig a little deeper on how startups actually raise that next round of financing. It’s been four years since we founded NextView Ventures, so we’re now at a critical mass of startups that have accomplished this Series A milestone (over 70% who tried to raise the round have done so). We can now draw several insights from which others might learn. Our hope is that, in being transparent around the factors leading to successful Series A raises, everyone involved can be more effective at helping a given startup reach this critical financing stage.

While several assumptions heading into this analysis were validated, we were surprised by a few different findings. Regardless of our hypotheses, some of the learnings we uncovered in examining the companies in our portfolio which have successfully raised a Series A include the following:

Do Large, Lifecycle VCs Affect Time to Series A?

The pros and cons associated with including a larger lifecycle VC in a seed round has been thoroughly covered elsewhere. It was surprising to learn, however, that there wasn’t a meaningful difference in the likelihood of success in raising a Series A with a lifecycle VC in the seed round, nor was the time between the two rounds affected. (To emphasize: Though we at NextView are an institutional VC, we are exclusively seed focused and don’t employ a lifecycle strategy.)

Where larger firms appear to have the most influence, however, is in the round size. If a lifecycle VC was involved in the seed investor syndicate, the Series A was noticeably larger, at a $5.9M average versus $4.9M in our portfolio.

One explanation could be that, when VC firms have been involved in a company for a while, they’re willing to put more capital at risk in subsequent rounds given the familiarity – a very interesting takeaway when founders think about seed syndicate composition and subsequent runway. They may not raise Series A quicker, but they’re more likely to raise more dollars.

In a past blog post, I characterized four winning strategies which startups could employ to successfully raise a Series A. They are:

Using the above four approaches, I classified the set of companies in our portfolio which successfully raised Series A by their implicit (or sometimes explicit) strategy. Here were the results in both time to raise Series A (post-seed) and dollar amount of those rounds: 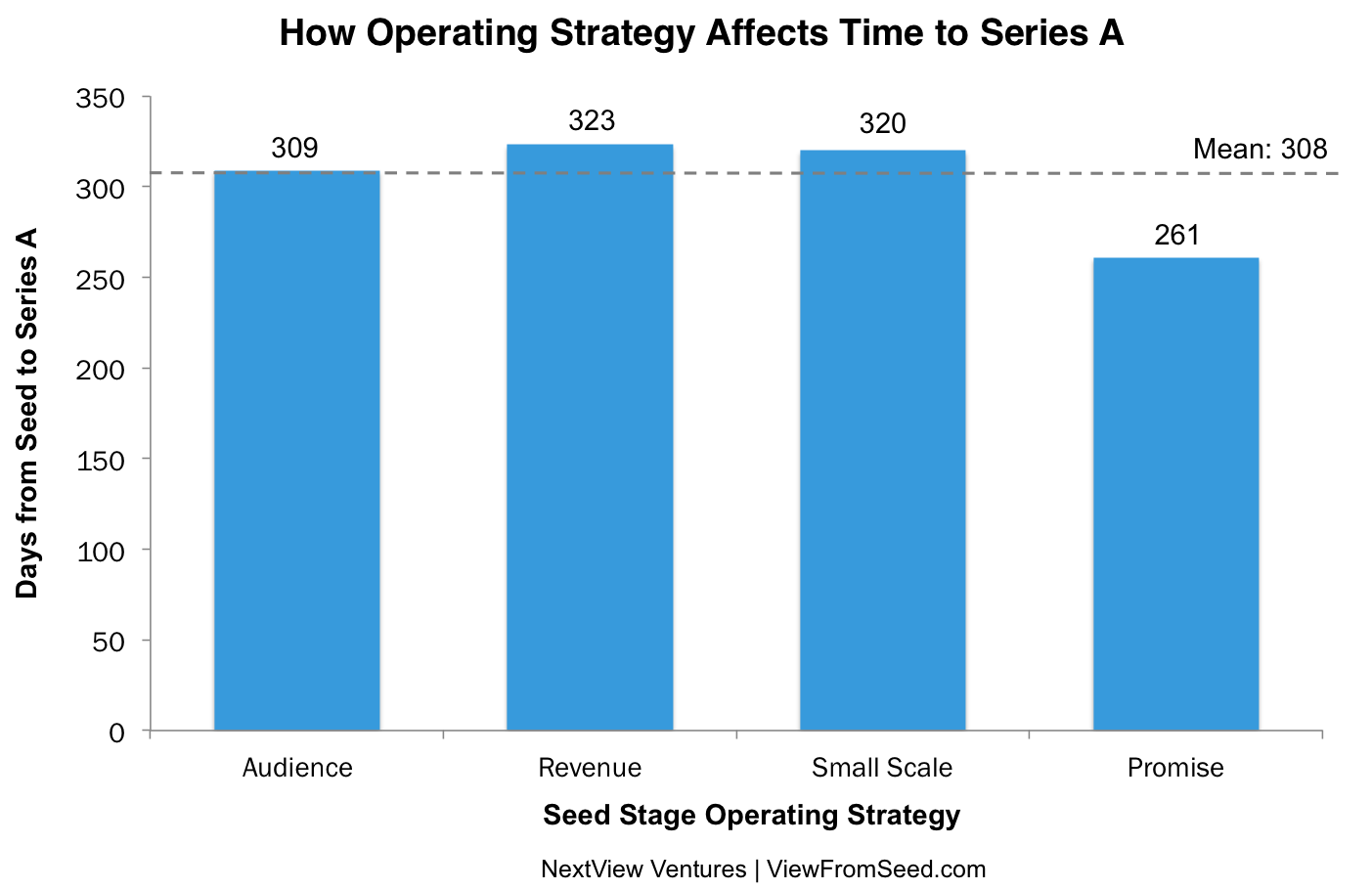 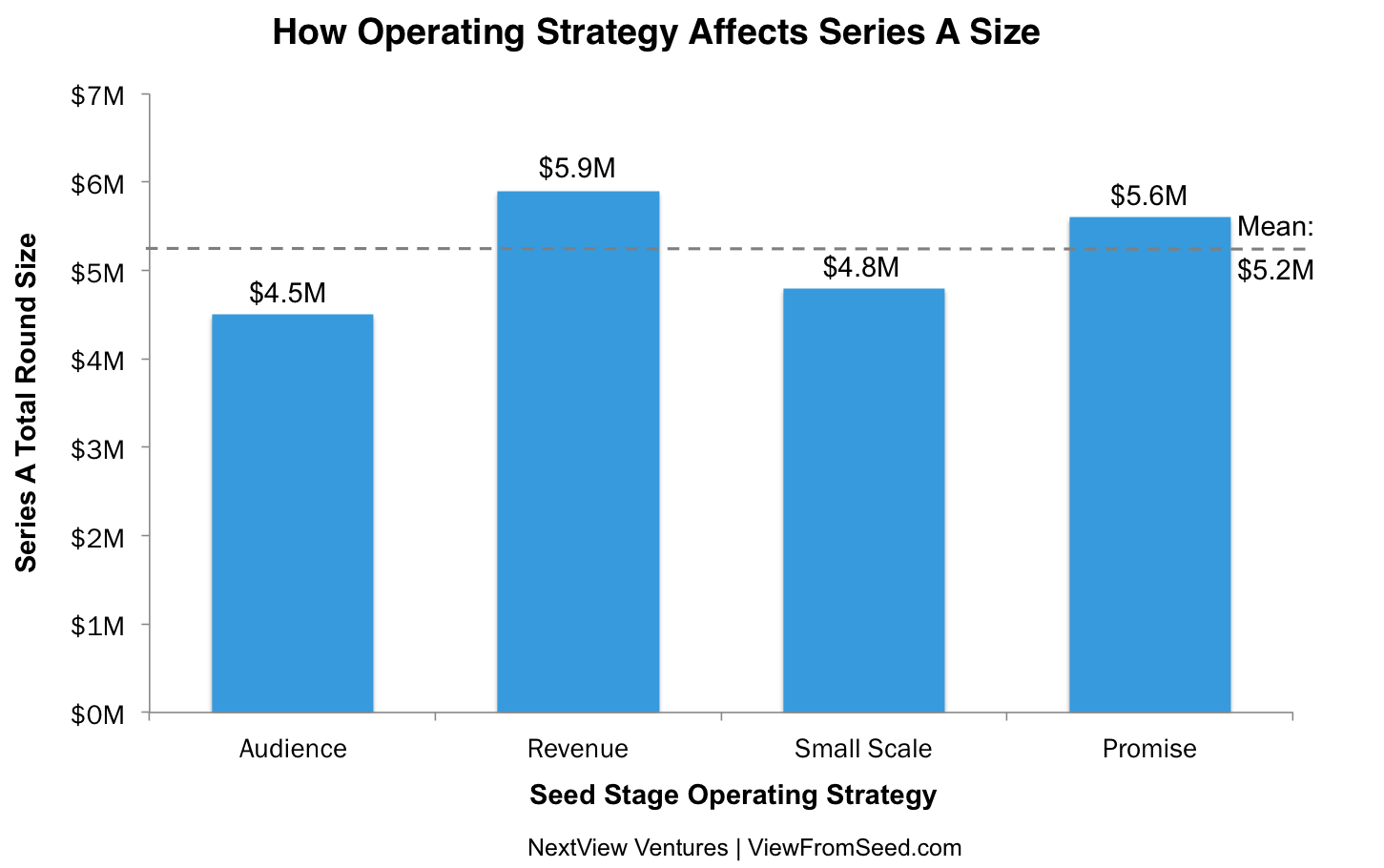 Companies defining success based on initial revenue growth took the longest to raise Series A, at 323 days. However, when they did eventually raise their Series A, these rounds averaged to be much larger. We interpret this to mean that the Series A investors placed their greatest faith – demonstrated by their larger check sizes – into those companies which were closest towards building actual large, scalable businesses. It took these startups a bit longer to get there, but they were rewarded for it. (I thought this was a comforting result, actually.)

Perhaps surprisingly, however, the next most salient category was Promise. These startups raised the second-highest amount of capital in their Series A rounds, and they did so in a remarkably short amount of time – 261 days, or almost two months shorter than the 10 month average. Founders with the remarkable gift of selling the vision of what could be (as opposed to what has already been accomplished) were able to secure extremely quick and healthy-sized Series A rounds. It also makes sense that the time between the seed and the Series A round was the shortest, as there wasn’t as much time required to generate traction – or else the founders and seed investors realized they needed to strike while they could still sell a vision without much substance behind it yet.

The takeaway here isn’t that one approach is “right” or “better” than another for all startups. Rather, the conclusion is that it’s best to explicitly define what the fundraising milestone strategy is during the seed stage. This helps you both effectively orient the company towards a successful Series A and have expectations about the contour and timing of that round. Are you building on hype and promise? Go for your Series A earlier. Are you building a revenue-based success story to tell investors for Series A? Know that you may need to be more capital efficient after your seed raise in order to last longer than other strategies, but shoot for a larger round once you do begin that process.

In the end, the seed-stage is all about traction and forming that story if the plan is to raise your Series A as a founder. In order to focus, articulate your strategy and optimize your first 18 to 24 months around that philosophy. 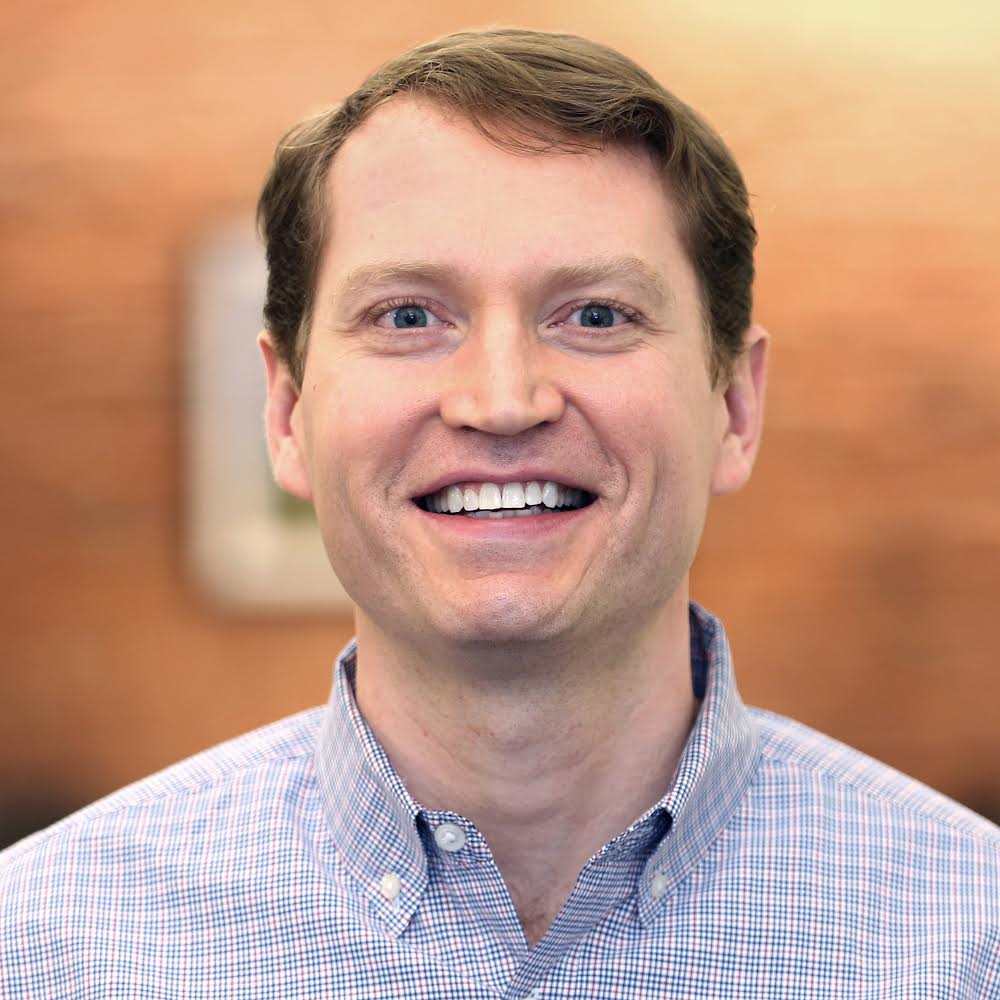 David Beisel is a Co-Founder & Partner at NextView Ventures, a seed-stage venture capital firm which helps Internet founders get their companies off to the best possible start and also creates online resources for seed stage companies at ViewFromSeed.com.  David was previously a Vice President at Venrock and a Principal at Masthead Venture Partners.  He also co-founded Sombasa Media, an e-mail marketing company successfully acquired by About.com where David served as VP Marketing.  David has an AB in Economics from Duke University and an MBA from the Stanford Graduate School of Business.