Research Brief
1283
As funding hits dot com levels, we see that across almost all stages and sectors, median deal sizes to tech companies are increasing.

Deal and funding activity hit dot com level highs in Q2 2014 with a lot of the growth being driven by technology financings. Deal count has grown as a result of a continued frenzy in early stage deal activity and the rise in funding has been driven by mega-financings which have become very common.

Using CB Insights data, we wanted to understand if certain sectors are driving the funding growth or is this just a case of a rising tide helping all technology sectors?  Note: we specifically looked at internet, mobile, software, computer hardware and electronics (chips & semis)

Here’s what the data says: 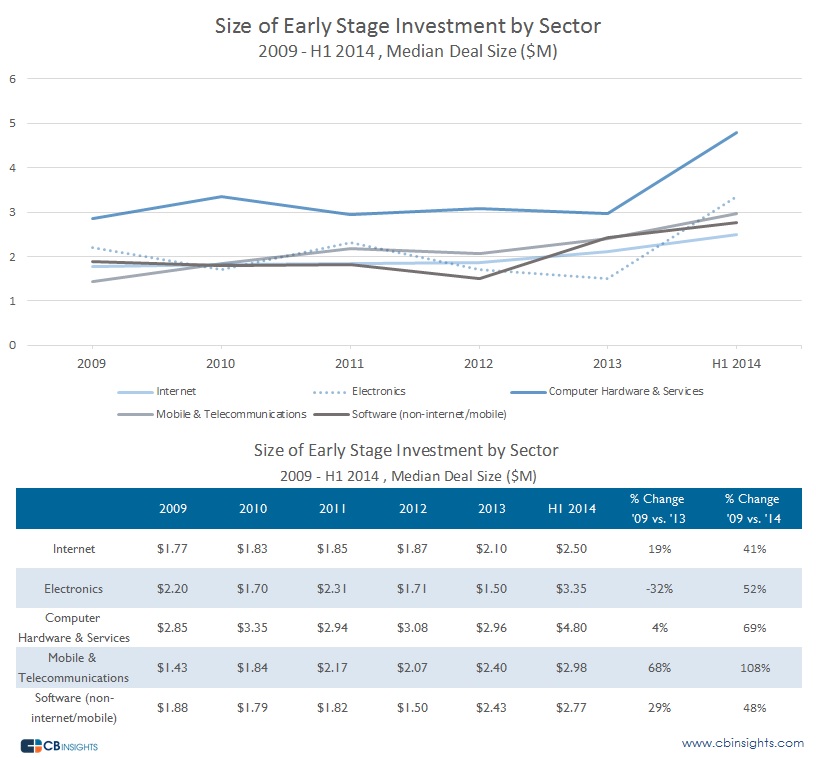 Early stage investment sizes have been increasing almost universally across tech with mobile showing the largest increase vs. 2009.  The lone exception was a decline in deal sizes for the electronics sector between 2009 vs. 2013. 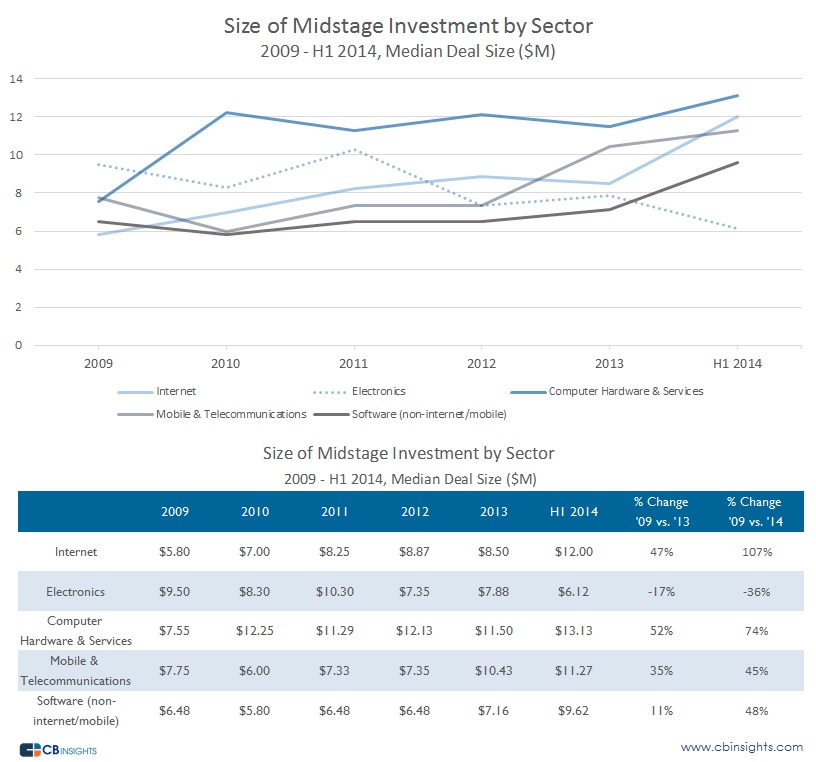 While Hardware has not had a significant increase in deal size since 2009, it still had the highest median deal size of $13.13M compared to the other sectors. Electronics pulls up the rear again with deal sizes down vs 2009. In fact, since 2011, median deal sizes have declined and hit their lowest coming in at $6.1 million in the first half of 2014. 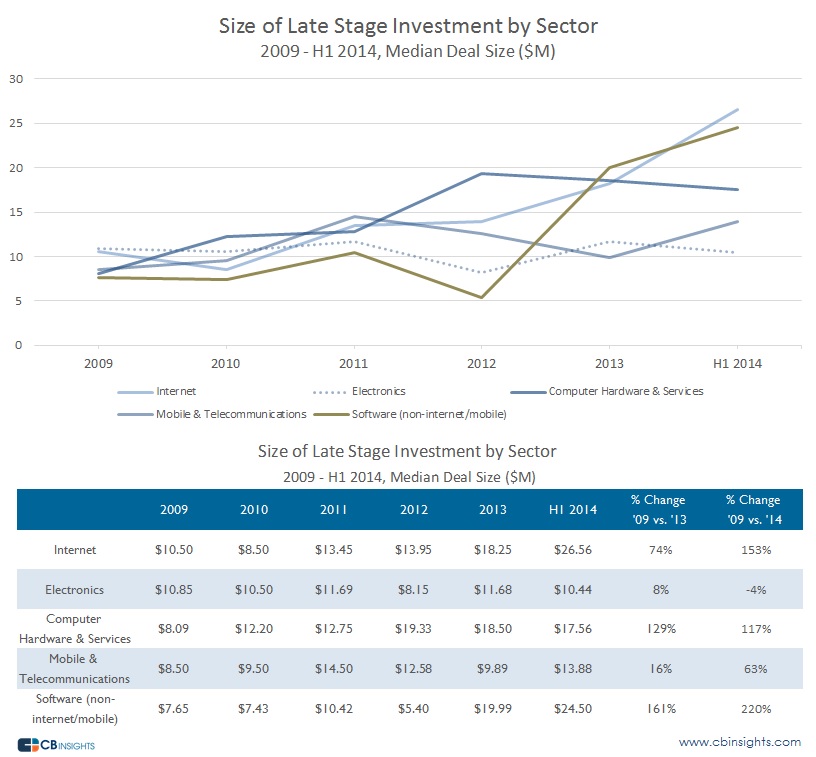 Track every tech financing by stage, sector and geography using the CB Insights venture capital database. Create a free account below or login to your existing account.