Over the last year, the Kingdom of Saudi Arabia announced a number of economic diversification initiatives to lessen its economic dependence on oil. The Saudi government intends to take the oil titan Saudi Aramco public, and turn the business from “an oil producing company into a global industrial conglomerate,” according to the Kingdom’s Vision 2030 economic plan.

Additionally, the government intends to turn the country’s Public Investment Fund, already one of the world’s largest sovereign wealth funds into a major tech investor. As part of that drive, it has announced that the Public Investment Fund would partner with Japan’s SoftBank Group in order to create a $100B tech investment fund in October 2016. Separately, SoftBank Group has pledged to invest $50B in US companies, as part of a handshake agreement between SoftBank CEO Masayoshi Son and then President-elect Donald Trump.

Given the rising profile of Saudi investors, we used the CB Insights Business Social Graph, which maps relationships between investors and target companies, to map out a network of 25 Saudi Arabian investors as well as their private market investments between January 2012 and January 2017. We include investors, both public and private, that are headquartered within Saudi Arabia.

In the graph below, investments are denoted by green lines, acquisitions by orange lines. 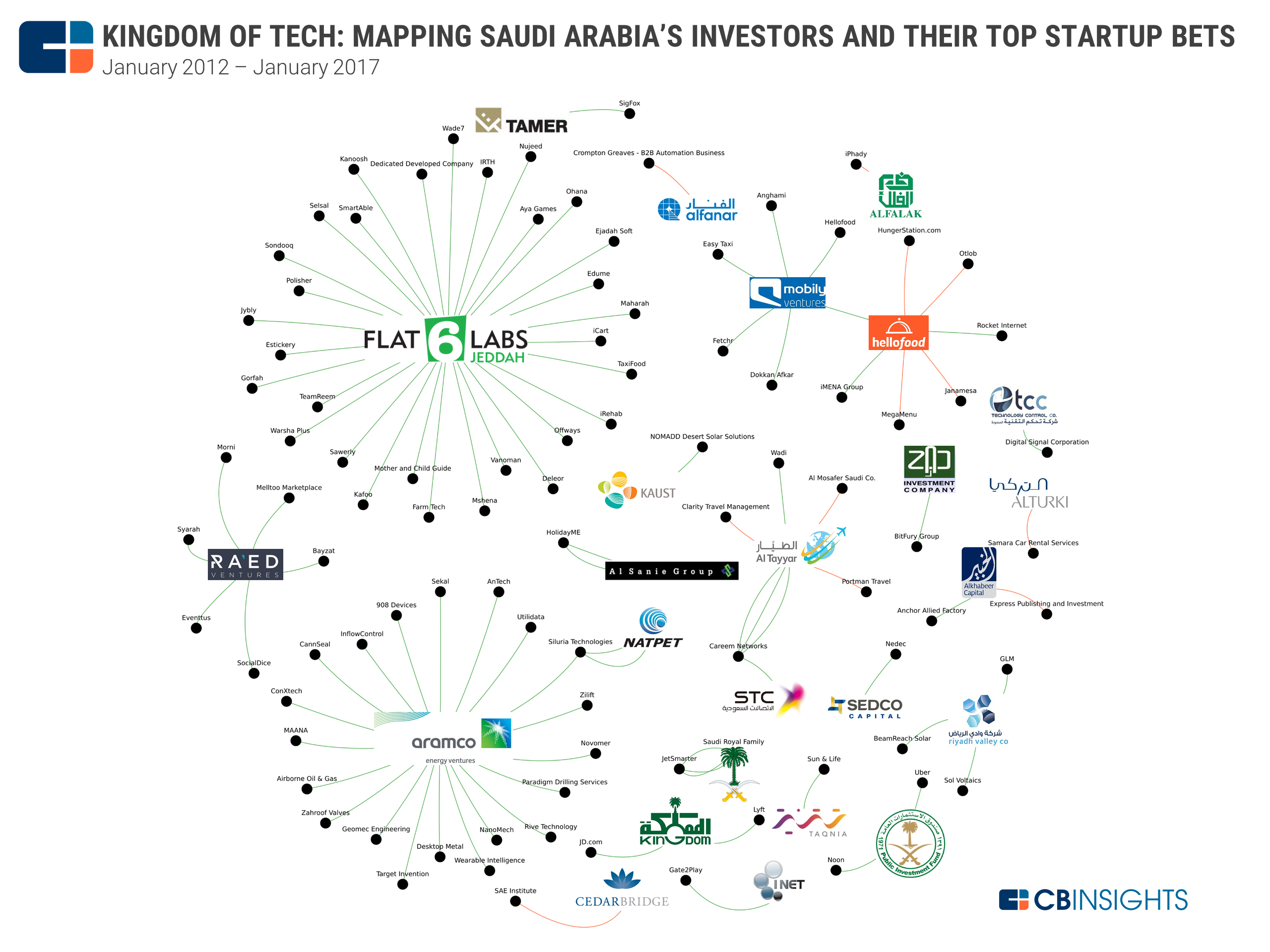 Key insights from the Business Social Graph image above: