Saudi Arabia has been ramping up its tech investments in recent years, but the disappearance of a US-based Saudi journalist is causing tension with international businesses.

Saudi Arabia has made headlines in recent weeks, following the disappearance of Saudi journalist Jamal Khashoggi.

This has led a number of major corporations to back out of the country’s global investment conference, the Future Investment Initiative.

The controversy comes at a time when the Kingdom’s investment activity has picked up substantially, mainly driven by the country’s plans for economic diversification away from oil and into the broader tech space. 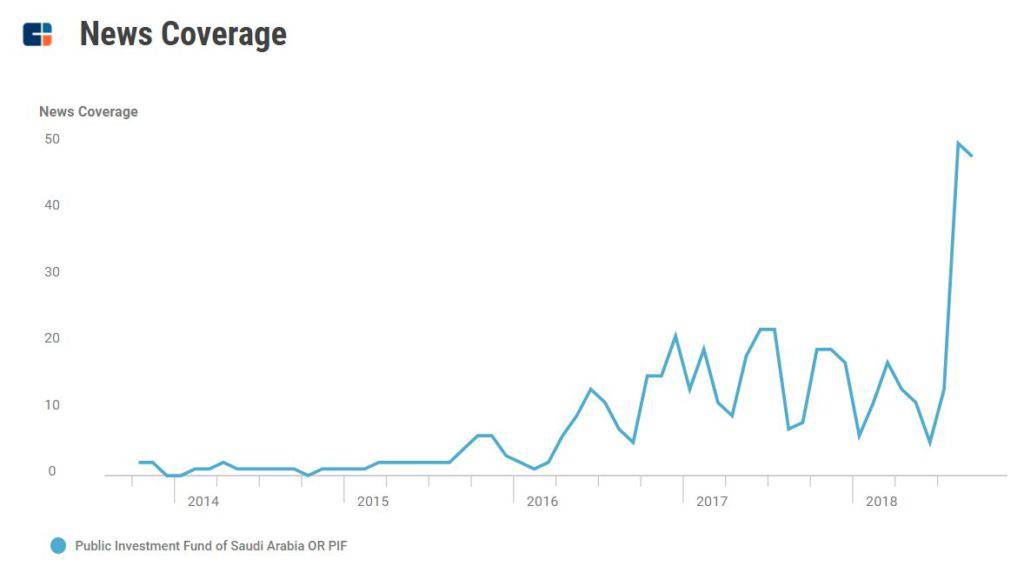 Below we outline the Kingdom’s investments over the past five years including not only PIF but also the Saudi Royal Family, the Kingdom of Saudi Arabia, and Kingdom Holding Company, the investment arm of Prince Alwaleed Bin Talal Alsaud.

That said, PIF has been the most dominant investor representing the country’s leadership, with its $3.5B bet on Uber in June 2016 as well as participating in billion-dollar investments in Noon, Virgin Galactic, and most recently Lucid Motors.

In addition to these investments, it’s worth noting that PIF also has strong ties with SoftBank, contributing $45B to the company’s $100B Vision Fund in October 2016 and then agreeing to invest another $45B for the fund this year.

The Vision Fund is SoftBank’s tech-focused investment fund that’s invested in high-profile startups such as Slack and WeWork. (We do not include Vision Fund investments in the table below.)