Research Brief
3990
Sales software startups like Apttus, Yesware, and InsideSales.com have been seeing over 55 or more investments a year backed by corporations and their venture arms.

Large corporations such as Salesforce, Google, and Bloomberg have been active funding sales tech startups in the last five years, helping to push corporate-backed deal activity above the 55-deal mark for three years straight.

In fact, deals with corporate participation to sales tech reached a high of 62 in 2016, which was a significant increase from the 55 deals with corporate backing in 2015. Deals backed by corporate investors — including those made by their corporate venture arms — accounted for 15% of deals to the broader category.

Using CB Insights data, we analyzed corporate and corporate venture capital participation deals to private sales tech companies from 2012 through 2016. We define the sales tech category broadly to include companies developing tech-enabled solutions that directly serve sales teams or improve upon the sales process, as well as customer relationship management (CRM) platforms. We exclude companies that primarily focus on tech-enabled marketing or advertising.

For more on the growth of the corporate venture capital or CVC ecosystem, see our semiannual CB Insights Corporate Venture Capital Report.

In 2016, corporate and CVC investors participated in a record 62 deals to sales tech startups in deals that totaled a combined $443M. 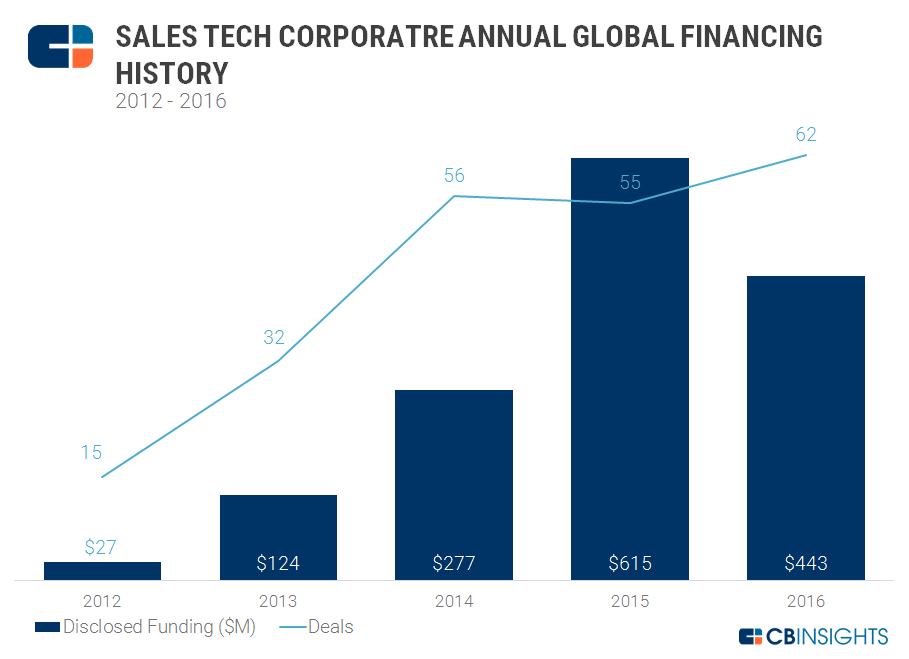 Drilling into quarterly data, Q3’16 was the top quarter for corporate-backed deals to sales tech companies, with 24 deals.

Dollars from these deals were buoyed by a few top few deals including a $70M Series E round to Apttus which included corporate investor Beijing Hualian Group, and a $50M Series B round to Vlocity which included Accenture, Salesforce Ventures, and New York Life Insurance Company. 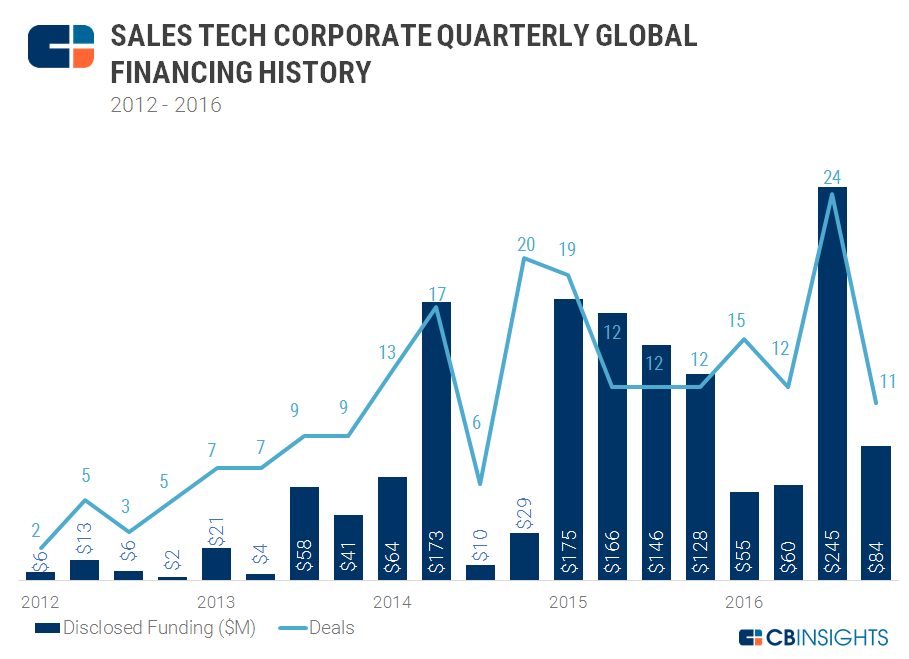 Although still representing a slim majority of deals in 2016, early-stage corporate-backed deals have yielded to investments in a more diverse array of later-stage deals. 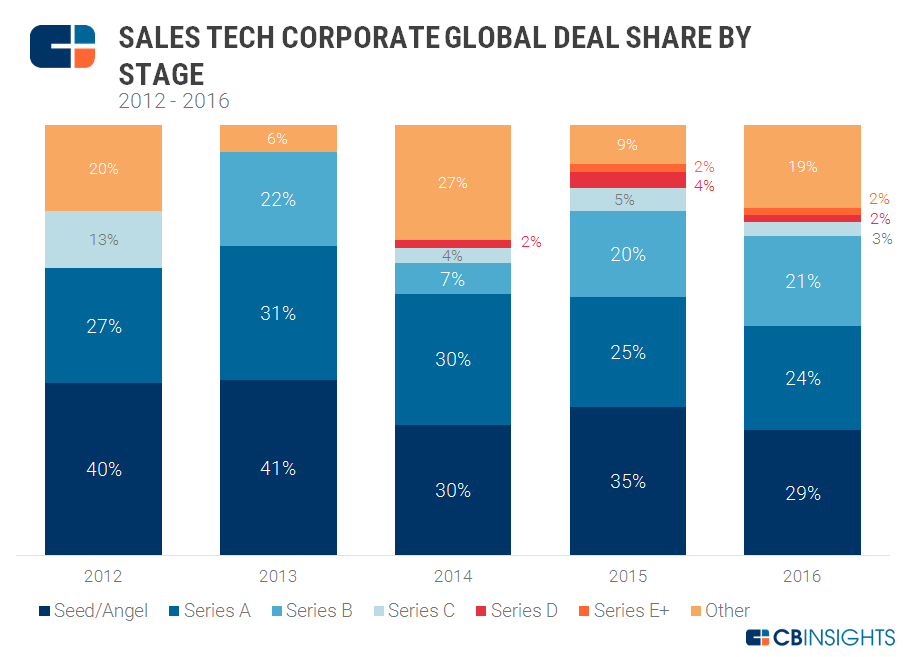 Not surprisingly, Salesforce Ventures is the most active corporate investor and has participated in deals to nearly 40 sales tech companies. Salesforce Ventures’ top investments include its participation in a $108M Series C investment to Apttus, a provider of software to streamline sales; a $100M Series C and $60M Series D investment to InsideSales.com, an artificial intelligence sales platform; and a $50M Series B to Vlocity, a cloud CRM platform provider.

The next 2 most active corporate investors in sales tech startups are Google Ventures and Bloomberg Beta.

The most-well funded sales tech company that has a corporate or CVC investor is Apttus. Salesforce Ventures has participated in several rounds of funding to Apttus including a $108M Series C round in Q3’15, a $41M Series B round in Q1’15, and a $37M Series A round in Q3’13. The next two most well-funded companies are InsideSales.com which has raised a total of $264M, and FXiaoKE which has raised a total $233M in funding. The list below factors in both equity and debt rounds of funding.