We analyzed the valuation multiples for the most highly valued private VC-backed companies in the US. How do they all stack up?

Fast-growing private companies are often evaluated using their price to sales (valuation/revenue) ratio. Because these company’s are fast growing and not aiming for profitability (typically), price to EBITDA or profits is less meaningful or useful.

When we previously analyzed Dropbox’s irrational valuation, we found that their sales multiple was significantly higher than public comparable, Box.

So we wanted to extend the price/sales analysis to other unicorn companies. Using CB Insights private company valuation multiple search, we took a look at the sales multiples for today’s US-based VC-backed $1B+ valuation companies. While sales figures are often guarded, our machine learning technology is increasingly picking up on real or rumored revenue figures.

When we analyze the unicorn valuation multiples, we see:

See below for the full breakdown. Companies that do not have significant revenue stream incorporated in their businesses yet or which have not begun monetizing at all were obviously not included (think Pinterest or Snapchat). 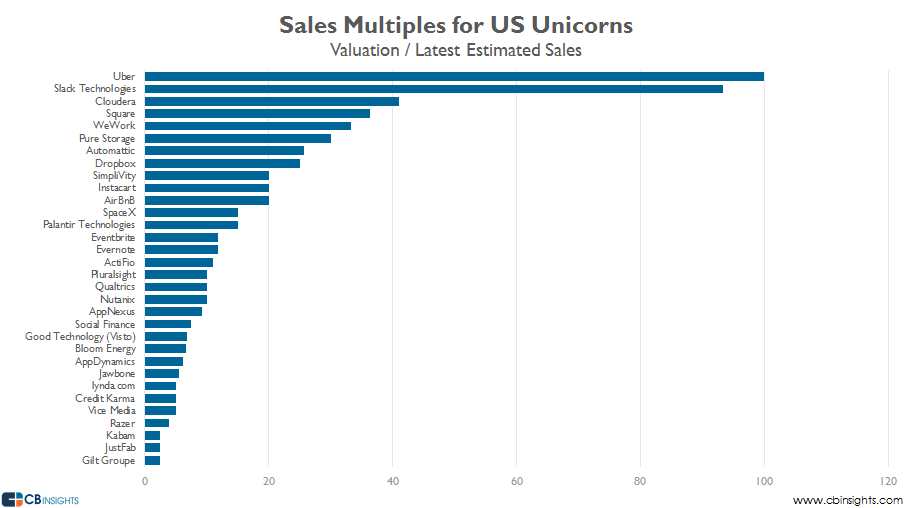