Research Brief
1822
SaaS is still heating up. Here are 11 charts to highlight the trends, investors, and companies you should know.

SaaS is one of the hottest sectors for VC investment right now. We break down what’s been happening in the space in 11 charts.

VC-backed SaaS companies raised $2.5B+ in all four quarters of 2014. Q2’14 saw the highest quarterly amount deployed over the past 4 years due to $100M+ deals including Automattic, Flatiron Health, Anaplan and Insidesales.com. 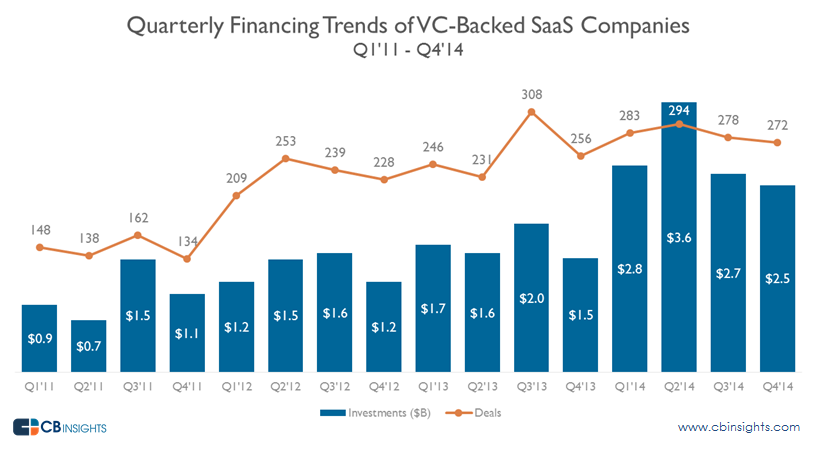 CALI SaaS INVESTMENT GREATER THAN ALL OTHER STATES COMBINED 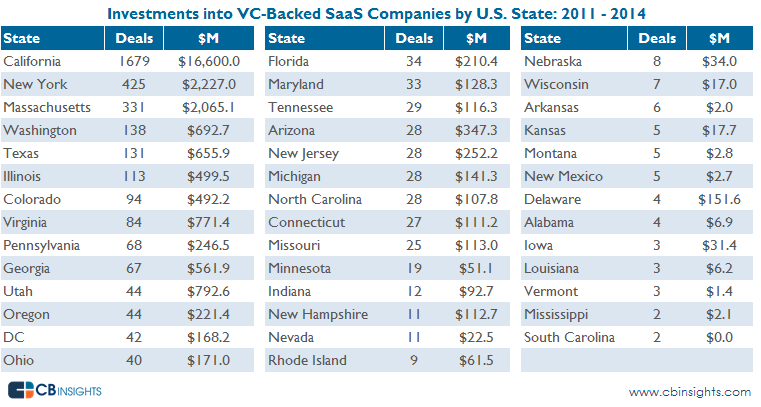 500 Startups has been the most active SaaS VC over the past four years. SV Angel is the second most active, investing in companies like Zenefits, Github, and Domo Technologies. Andreessen Horowitz rounded out the top three with notable investments that included Box, Slack, and Lookout. 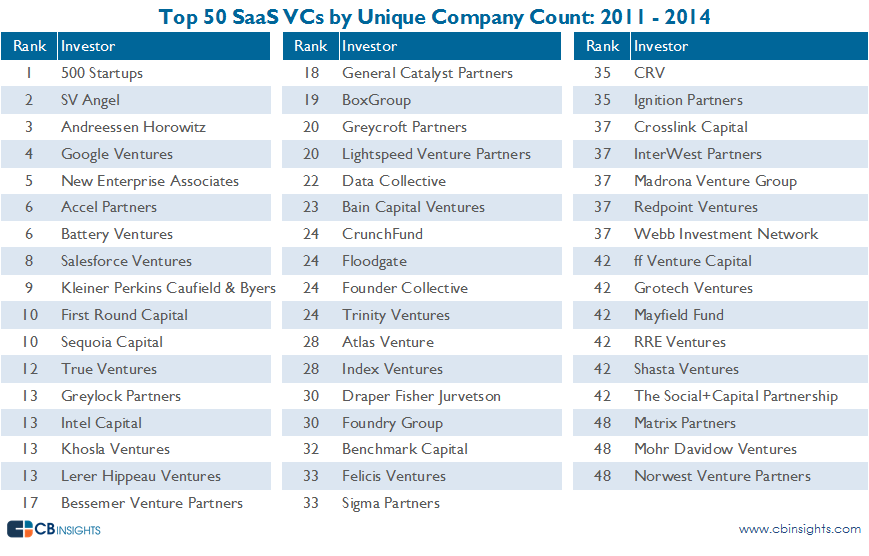 Dropbox’s Series C was the largest SaaS deal in 2014, followed by SurveyMonkey’s $250M growth round and Automattic’s $160M Series C. 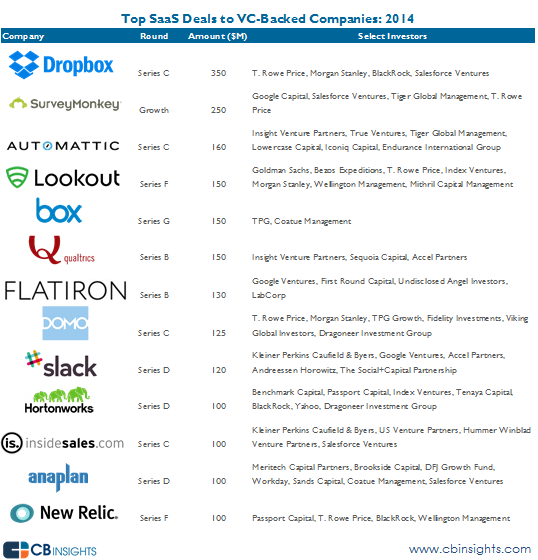 THE TOP 5 AREAS FOR SaaS INVESTMENTS

BI, Analytics & Performance Management companies dominated the bulk of the deals and dollars for VC-backed SaaS investments over the past four years. CRM was second in deals but was followed closely by Advertising, Sales, and Marketing. 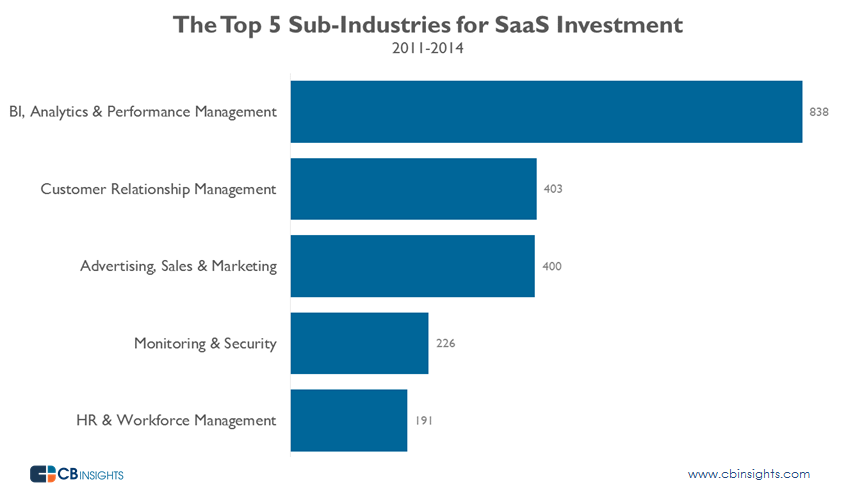 VC-backed SaaS IPOs and M&As both reached four year highs in 2014. The 2014 Class of SaaS IPOs included Hubspot, New Relic, Castlight Health and Zendesk among others while notable acquisitions included VMWare’s $1.5B purchase of AirWatch and Salesforce’s $390M acquisition of RelateIQ. 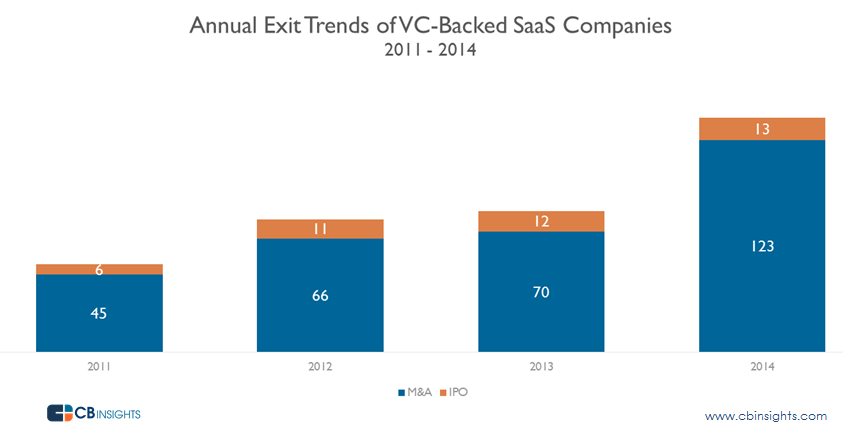 HALF OF ALL EXITED SaaS COMPANIES RAISED <$10M

49% of all VC-backed SaaS exits raised less than $10M before exiting since 2011. At the other end of the spectrum, 7% raised over $100M including LinkedIn, Workday and ExactTarget. 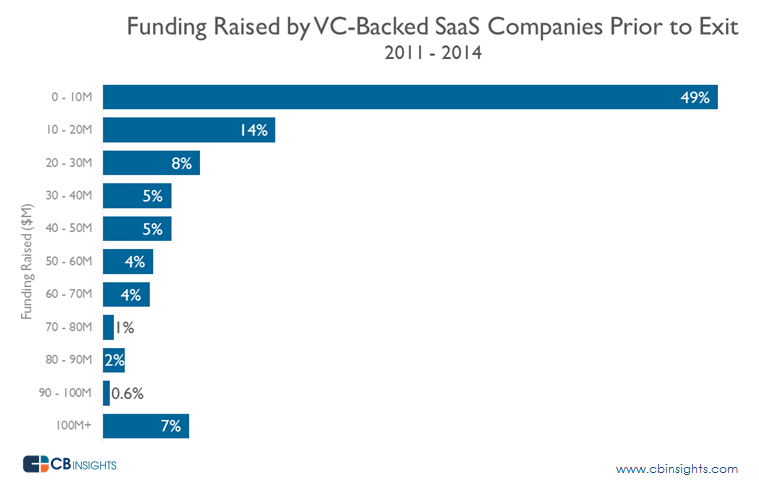 Oracle, the company notorious for its acquisition prowess, led all acquirers of VC-backed SaaS companies over the past four years with over 10 deals. Notable acquisitions included BlueKai, TOA Technologies and Vitrue. 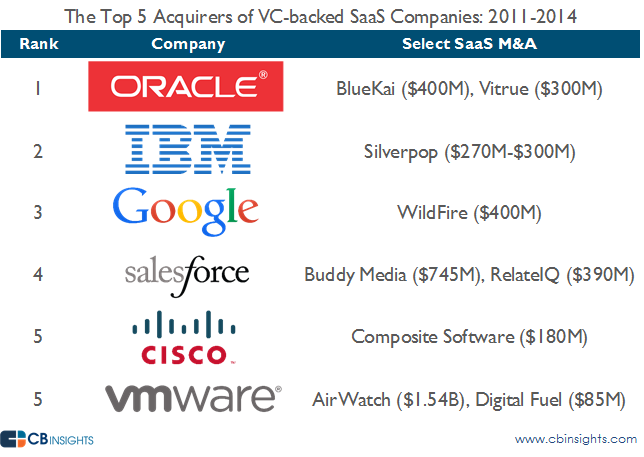 4% OF SaaS EXITS ARE UNICORNS 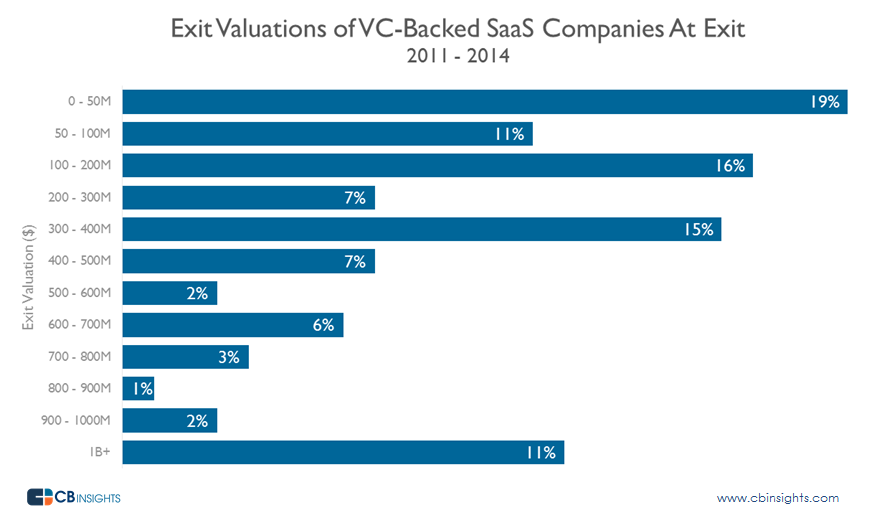 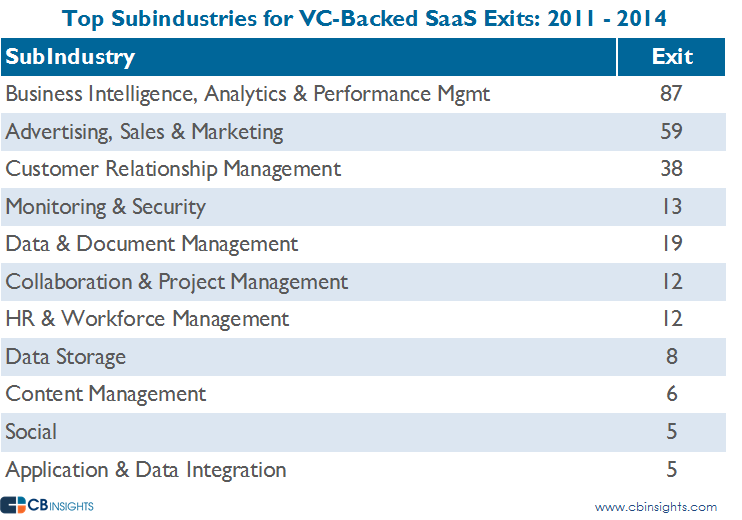 The top 10 SaaS exits over the past four years were dominated by IPOs, with Workday’s IPO which valued the company at $4.49B leading the way. Veeva Systems was second with one of the most capital efficient VC-backed exits of all-time, having raised just $4M before its $4.4B IPO. 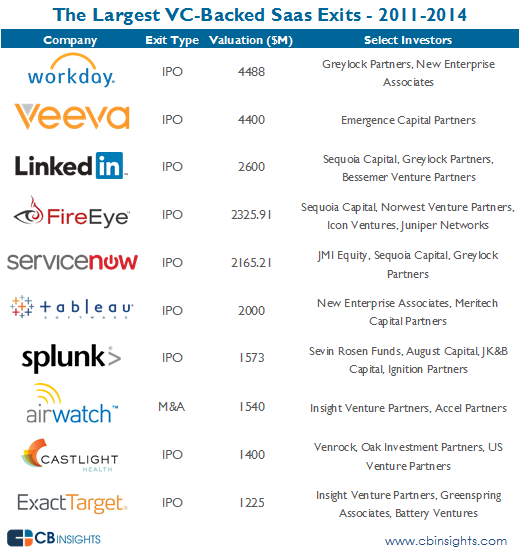 Want more data on SaaS companies? Check out our full Q1 2015 SaaS report or sign up for our venture capital database below.