From an Asian e-tailer site for fashion and footwear (think Zappos) to a German credit card reader for smartphones (think Square), the incubated companies of Rocket Internet are notorious for studying U.S.-based consumer-facing tech companies and cloning them elsewhere.

Despite the impassioned criticism that Rocket Internet and its companies sometimes evoke, it is also fairly clear that the Samwer Brothers who founded Rocket Internet know how to operate and other investors are taking note.  Recently, Rocket raised $500 million in fresh capital from AB Kinnevik and Access Industries and other notable investors are now actively investing in Rocket incubated companies on a consistent basis. 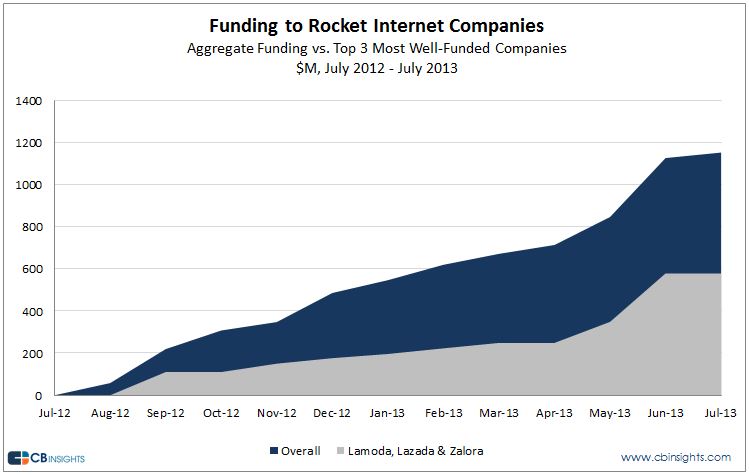 In addition, the source of those investments is spread much more widely with a number of investors having funded multiple Rocket Internet companies. These range from institutional investors (J.P. Morgan) to corporate strategics (PPR) to pure-play VC and growth equity firms (NEA, Summit Partners), as shown below.  Summit Partners is actually the most active investor in Rocket Internet companies in the last year participating in tens of financing rounds in Rocket companies in just the last 12 month. 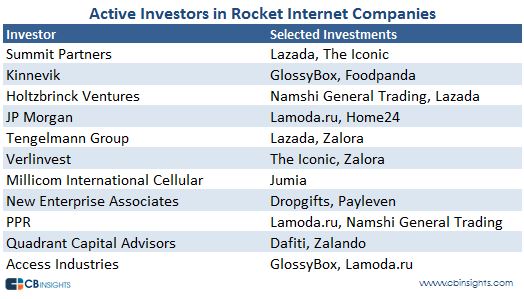