The companies have raised more than $900M in aggregate funding since 2013.

Consumer robotics startups have bagged 25% of the global robotics deal share in the last 5 years. Around 40% of these consumer deals went to social robots like Anki, UBTECH, and Rokid. Educational robots that teach children how to code raised 7 deals each in 2014 and 2015, with deals projected to surpass that number this year at the current run rate. Over 10 deals went to service robots last year, from fewer than 5 in 2014.

The map below includes startups that have raised an equity funding round after January 2013. This market map is not meant to be exhaustive of companies in the space. 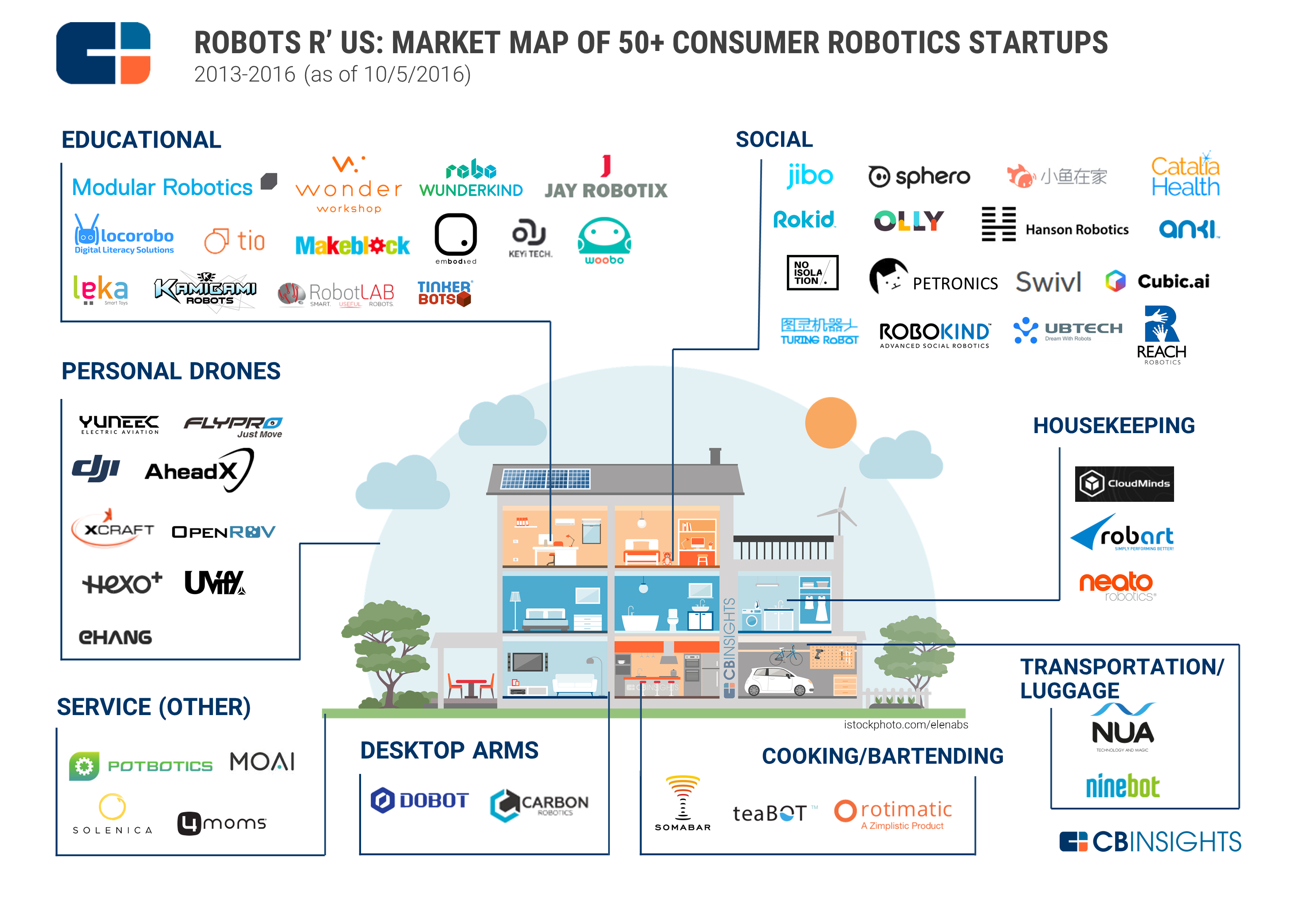