Research Brief
3508
The top 5 rounds to robotics startups outside the US since January 2015 went to China-based startups.

Though the majority of robotics deals went to US-based startups in the last five years, the share of deals going to robotics startups outside the United States has been on the rise. Starting at 29% of deals in 2012, deals to non-US startups fluctuated before reaching a 5-year high of 45% in 2016.

We used the CB Insights database to identify deals to startups outside the US between 2015-2016.

Note: Our robotics category excludes driverless car startups and companies focused exclusively on software and robotic/drone operating systems. We exclude debt financings from our data. This map is not meant to be exhaustive of companies in this space. 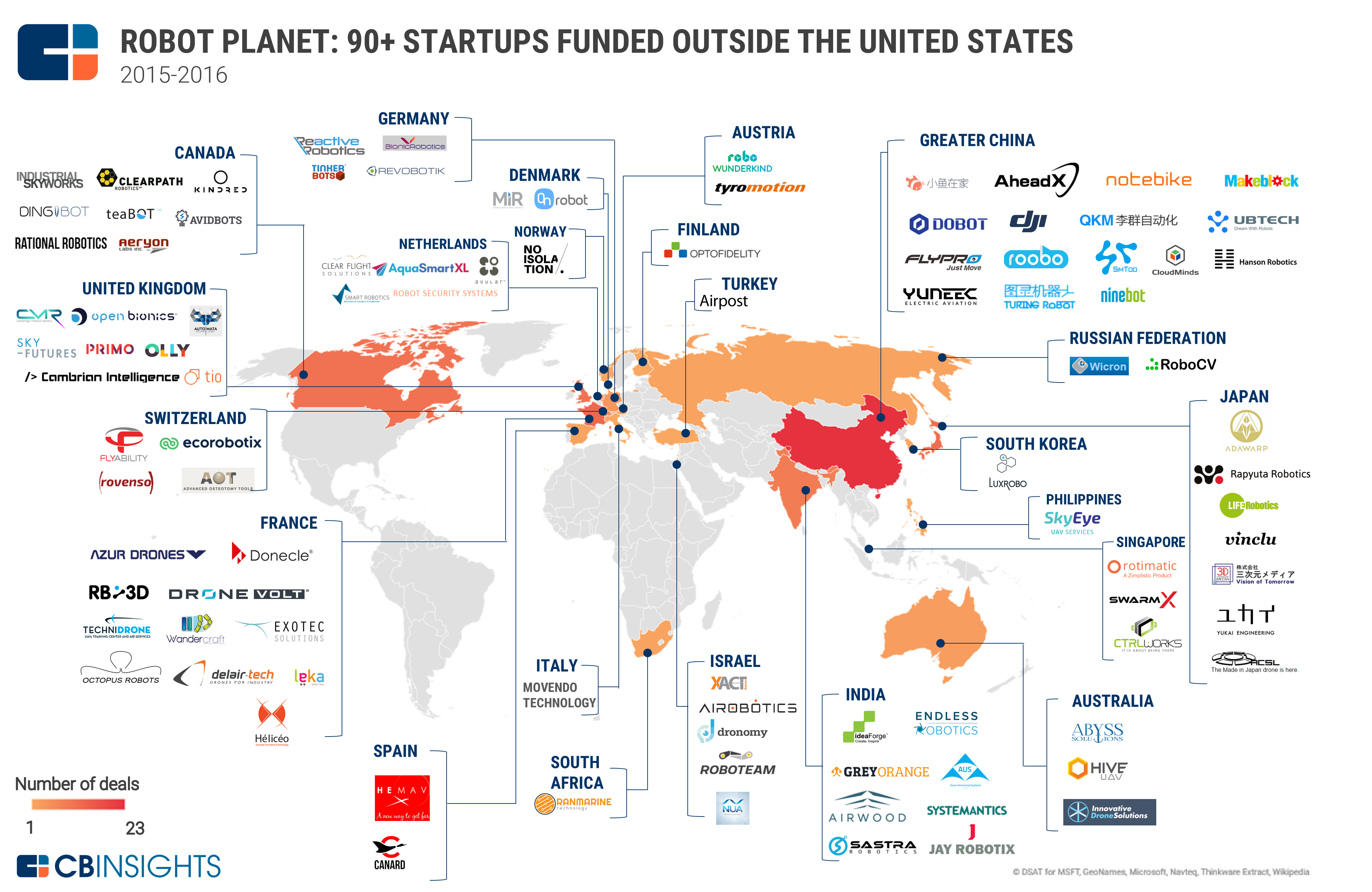 Here are some of the investment highlights:

Startups building robots for enterprise, consumer, medical, and military applications. Sign up for a free trial and look for Robotics Startups in the Collections tab.