Smart money VCs have been active in funding notable robotics startups in the last few years.

From factory floors to homes, the demand for robots as workers, companions, medical assistants, cooks and security guards — among other applications — is increasing.

Though the spotlight has been on the industrial automation sector — with countries including Germany, China, the United States, and Japan emerging as top markets for industrial robots— consumer and service robots have also piqued the interest of investors. Just this year, service robot Savioke raised a $17M Series A round from investors including Intel Capital and Northern Light Venture Capital; China-based humanoid robotics startup UBTECH joined the unicorn club; and Wonder Workshop, the makers of Dot and Dash educational robots for children, raised a Series B round from investors including well-known VC CRV.

We used our database to identify 80+ robotics startups that have raised equity funding rounds since January 2013. A majority of the startups on the map below have VC backing. Here are some of the investment highlights:

The startups on the map below have raised an equity funding round after January 2013. The map excludes drones and driverless cars. 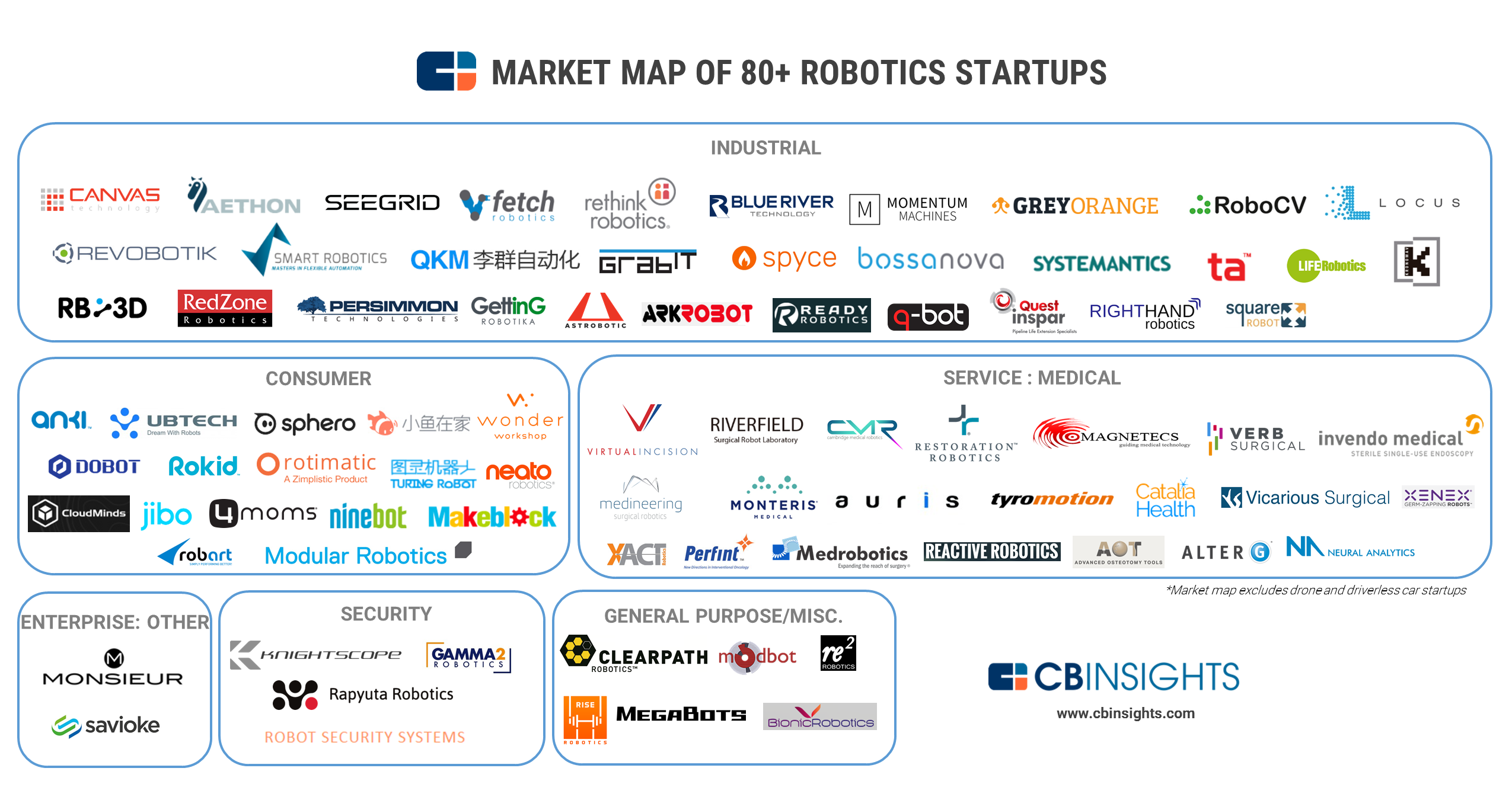