Intel Capital was the most active CVC in robotics, and has backed companies including Yuneec, Persimmon Technologies, Ninebot, and Savioke.

There has also been a flurry of M&A activity in the industrial robotics sector. Switzerland-based ABB’s acquisition of Sweden-based SVIA is the most recent exit as of 9/23/2016.

We used the CB Insights Business Social Graph, which visualizes overlapping relationships between investors/acquirers and target companies, to analyze the investment activity of the most active corporates and corporate venture capital groups in the space. The list includes corporates that have either been active acquirers, or have backed at least 2 robotics startups through their venture capital arms since 2012. 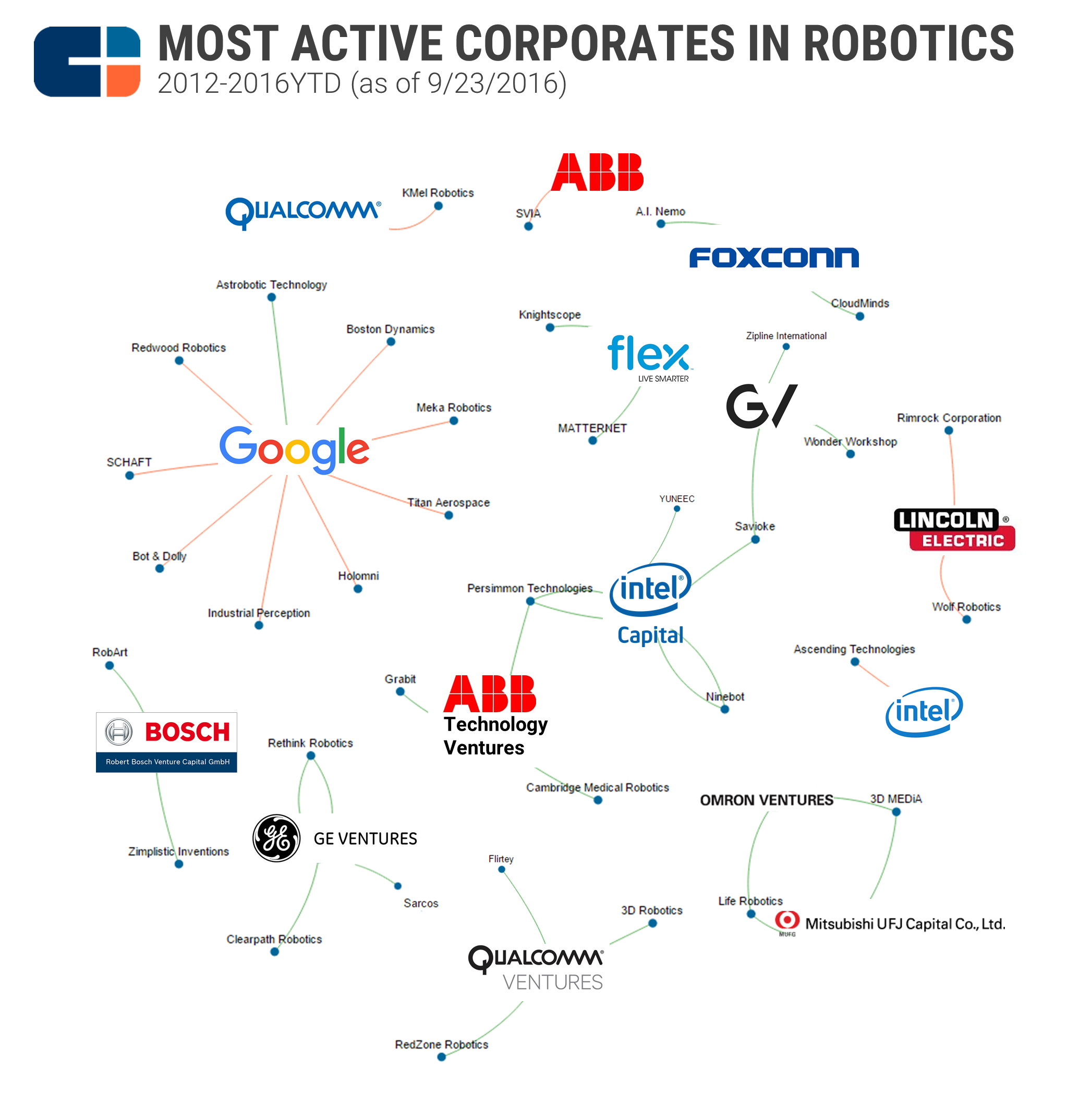 Sign up for our venture capital database below for more information on robotics startups.
If you aren’t already a client, sign up for a free trial to learn more about our platform.