Research Brief
3303
China's humanoid robotics startup UBTECH raised a $100M Series B round in July 2016 and entered the unicorn club with a $1B valuation.

After a dramatic leap in deal activity of 156% in Q1’15 and another run-up to record-high deals the following quarter, robotics deal activity has slowed down in subsequent quarters.

That said, 6 of the last 7 quarters have seen more than 20 equity deals each to robotics startups globally.

Deals saw an uptick in Q2’16 to 25 from the 22 seen in the previous quarter. Some of the largest funding rounds last quarter include a $52.5M Series D round raised by consumer robotics startup Anki (backed by Andreessen Horowitz, Index Ventures, JPMorgan Chase & Co, and Two Sigma Ventures, among others), a $30M Series A round raised by China-based CloudMinds (backed by investors including Foxconn Technology Company, Hon Hai Precision Industry, and Softbank China Venture Capital), and a $14M round raised by Pittsburgh-based industrial robotics startup Seegrid.

A majority of the deal share, over 60%, went to startups in the United States in Q2’16. China-based startups accounted for around 12% of the deals, with companies including Yuejiang Technology (makers of the Dobot robotic arm for homes), Quotient Kinematics Machines, and CloudMinds raising equity funding rounds. 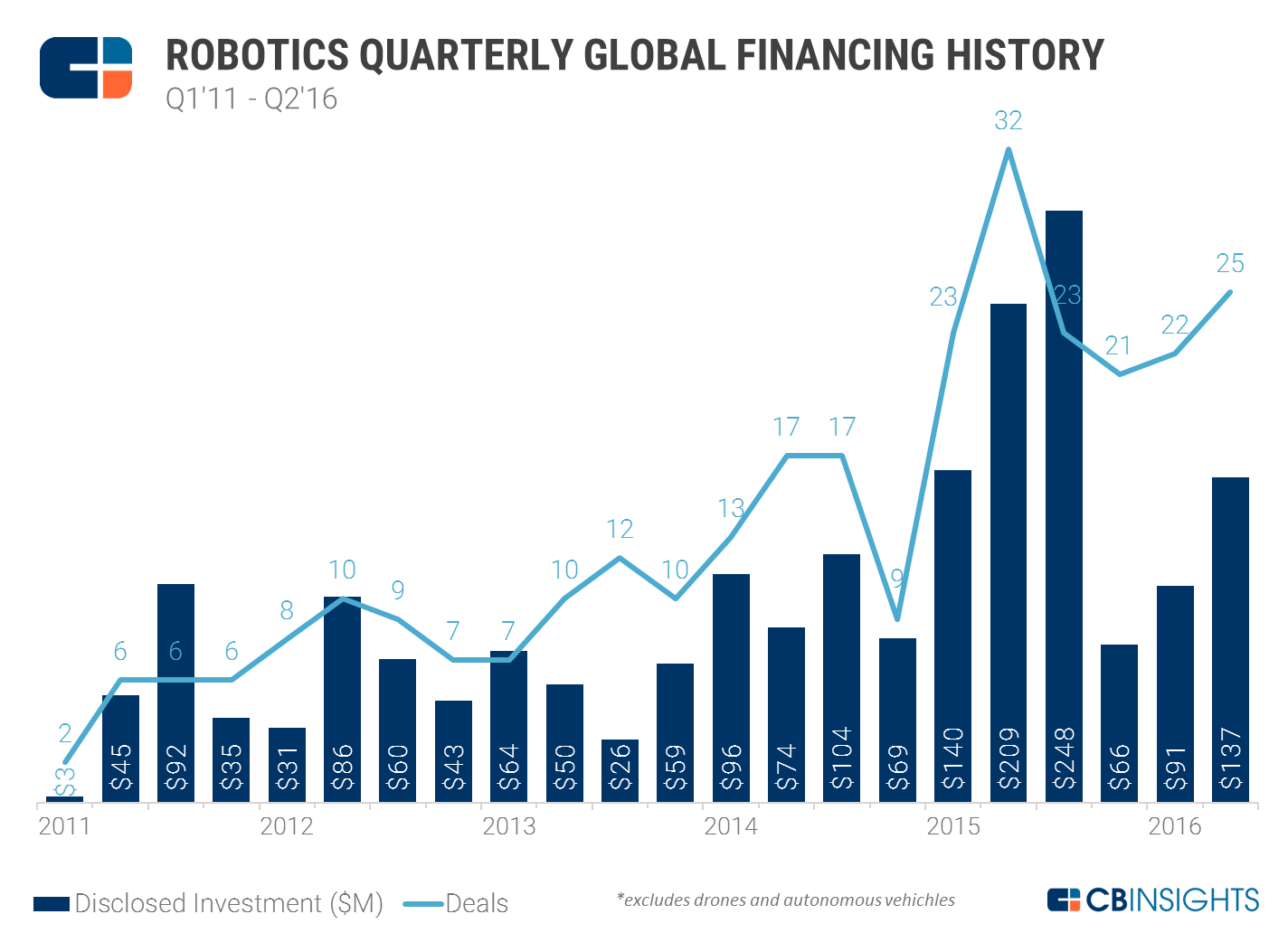 Germany-based early-stage VC High-Tech Gruenderfonds was the most active investor, having backed the most unique companies, including ReActive Robotics, REVOBOTIK, Bionic Robotics, and Medineering.

The rankings below are based on unique companies invested in since 2011.

Auris Surgical Robots is the most well-funded robotics startup on our list, backed by investors including Lux Capital, Highland Capital Partners, Mithril Capital Management, and NaviMed Capital. China’s humanoid robotics startup UBTECH raised a $100M Series B round in July 2016 and entered the unicorn club with a $1B valuation.