Major corporations are mentioning robotics 2.5X as much as they did 2014.

Robotics makers and industrial groups clearly have robots and automation on the mind. Publicly-traded companies have increasingly mentioned robotics and related keywords on their earnings calls. 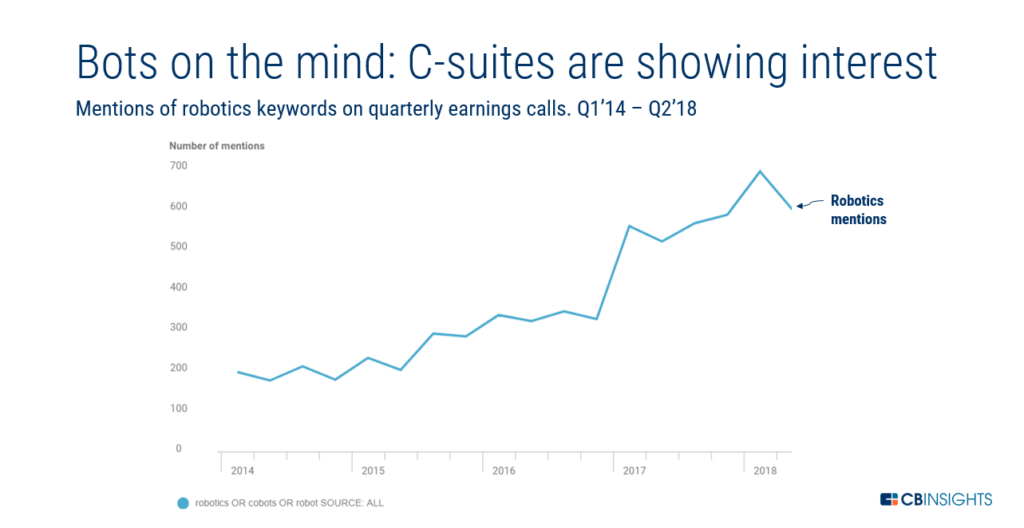 Robotics and cobots (the industry term for collaborative robots) have seen a steady increase likely because of new competitive pressures around automation. We’ve previously detailed how a number of industries are being revolutionized by cheaper and better performing robotics.