Research Brief
2669
Though funding improved in the first 3 months of 2016, deals continued to drop. Most activity is still into very young companies.

Funding to robotics companies was up 115% in 2015, and annual deal activity also reached a new high of more than 80 deals. However, the year ended on a sour note, as funding crashed by almost 74% in Q4’15 compared to the previous quarter.

In the first 3 months of 2016, funding has bounced back, but deals to robotics ticked down once more, the third-consecutive quarter of activity declines.

Over 15 companies across 6 countries raised rounds in Q1’16. Some of the largest funding rounds include a $45M Series D round raise by robotic hair-transplant company, Restoration Robotics and a $15M Series A round raised by service robot startup, Savioke.

The $236M funding high in Q3’15 was driven by a $150M growth equity round raised by Auris Surgical Robotics (in April 2016 Auris acquired Hansen Medical, which develops robots to control catheters, for $80M). Overall funding to robotics dropped to just $62M in Q4’15 before bouncing back slightly to $91M in Q1’16, though deal activity slowed down. 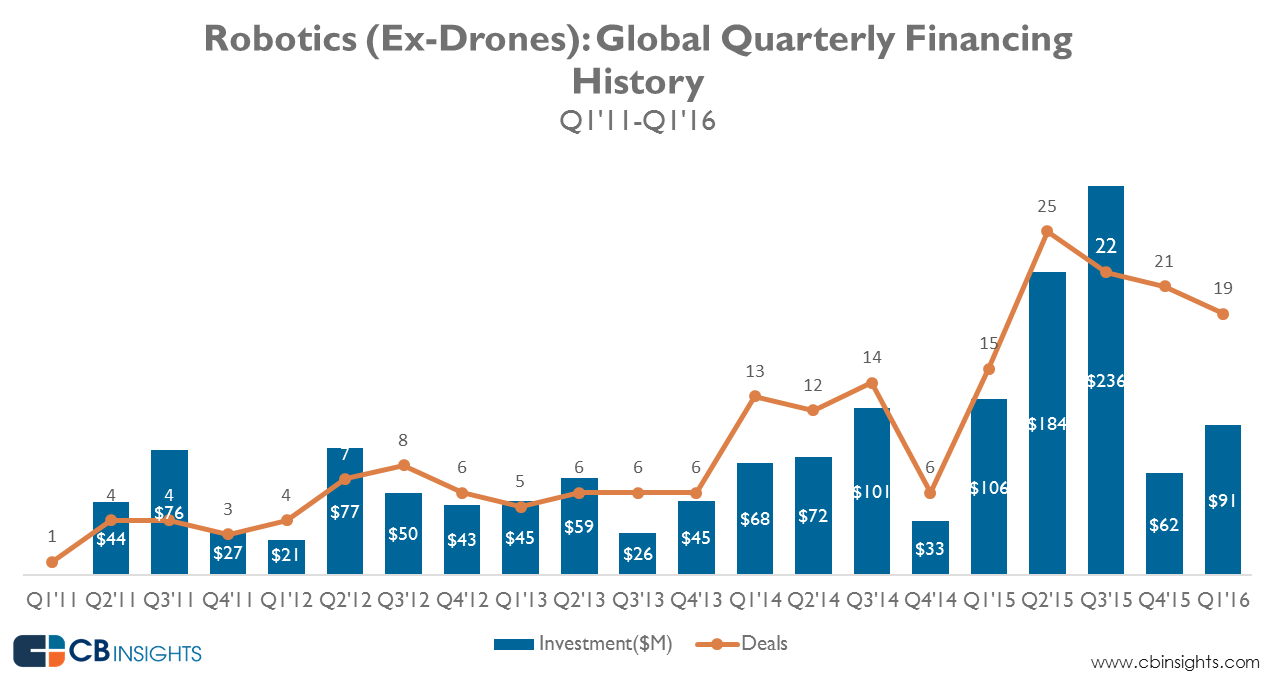 A majority of the funding in the last 5 years went to early-stage startups raising seed/angel (including incubator/accelerator rounds) or Series A deals, revealing that the industry overall remains relatively immature.

Mid- and late-stage startups accounted for 15% and 12% of the deals respectively. The “other” category includes convertible notes and corporate minority rounds. 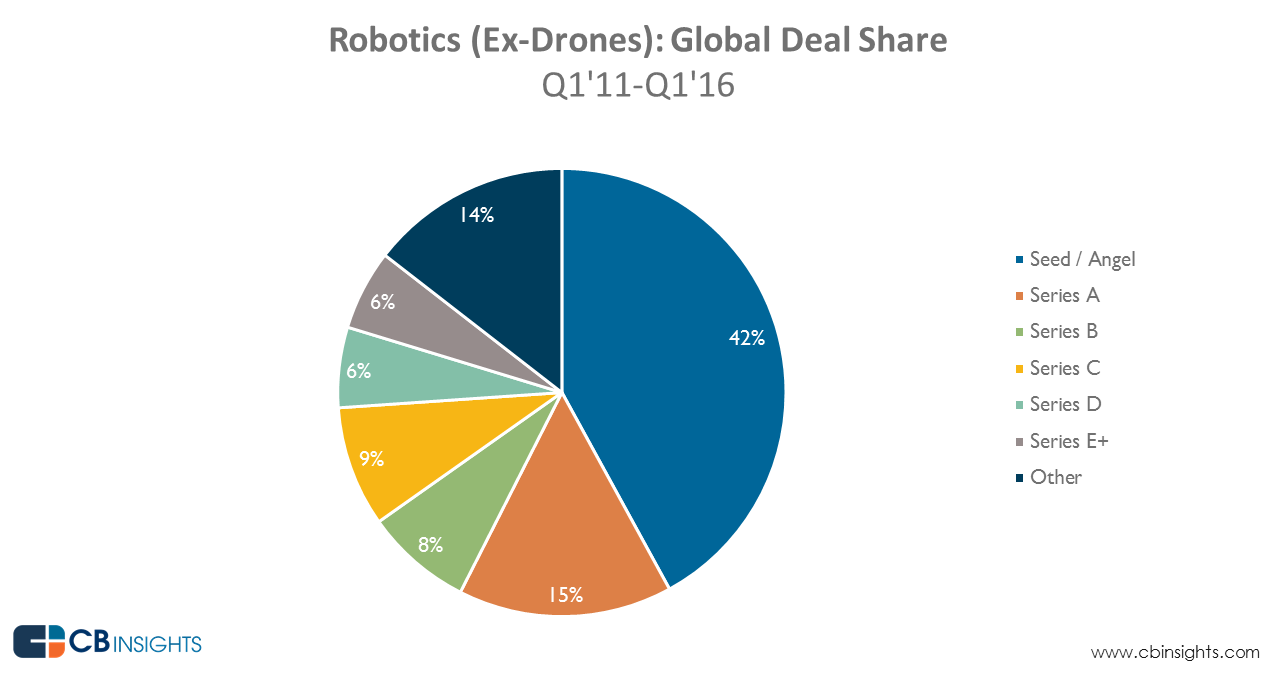 Auris Surgical Robots continues to be the most well-funded robotics startup on our list, backed by investors including  Lux Capital, Highland Capital Partners, Mithril Capital Management, and NaviMed Capital.

The rankings below are based on equity funding rounds raised.