These companies are building robots for industrial automation, manufacturing, warehouse automation, and restaurant services, among other tasks.

At the current run-rate, deals to enterprise robotics startups are projected to cross 80 this year, beating last year’s record of 73.

The market map below includes startups that have raised an equity funding round this year (as of 10/5/2016) and is not meant to be exhaustive of startups in the space. Please click to enlarge. 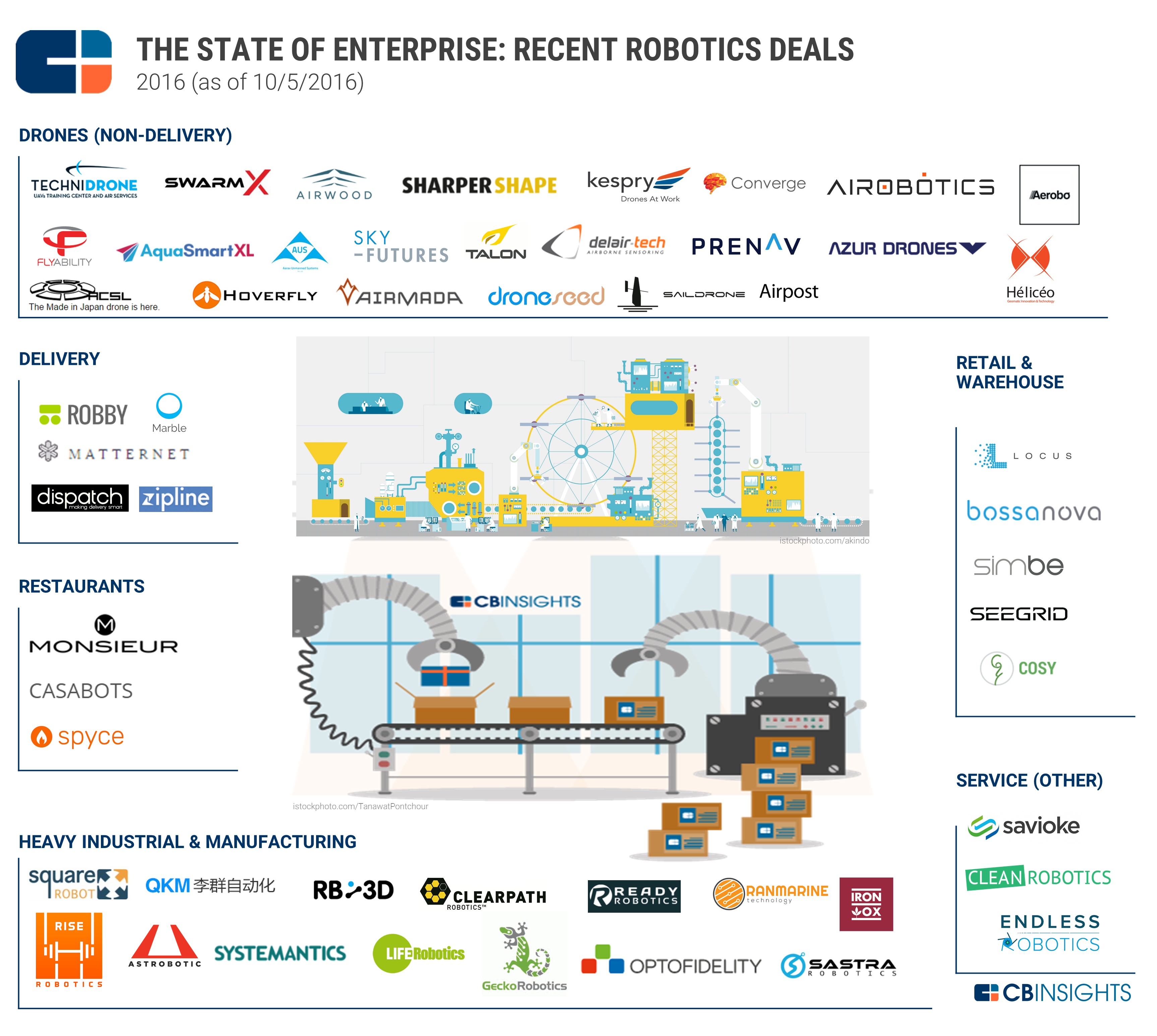 You can read the entire analysis on deals to various robotics categories here.