Robotics startups, across everything from industrial automation to security patrols to surgeries and hair transplants, have raised $3B since 2012.

Much of this growth was driven by the enterprise robotics sector, which is focused on robotics-enabled tasks ranging from industrial automation to last-mile delivery. The sector saw 74 deals in 2015 — 95% growth from 38 deals the previous year — and 93 deals in 2016. Deals to the consumer robotics sector remained constant at 44 in 2016, after seeing 96% growth in 2015. 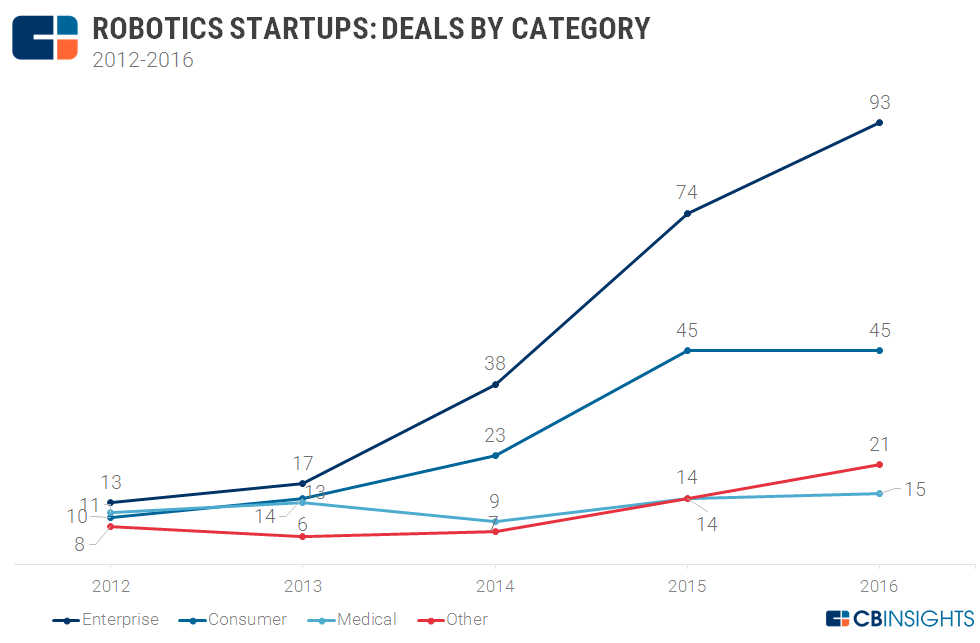 To analyze where deals are going within each category, we used the CB Insights database to classify companies into categories, and studied the deals distribution in the last 5 years. This post was initially published in October 2016 and updated in January 2017 to include deals data through the end of the year. 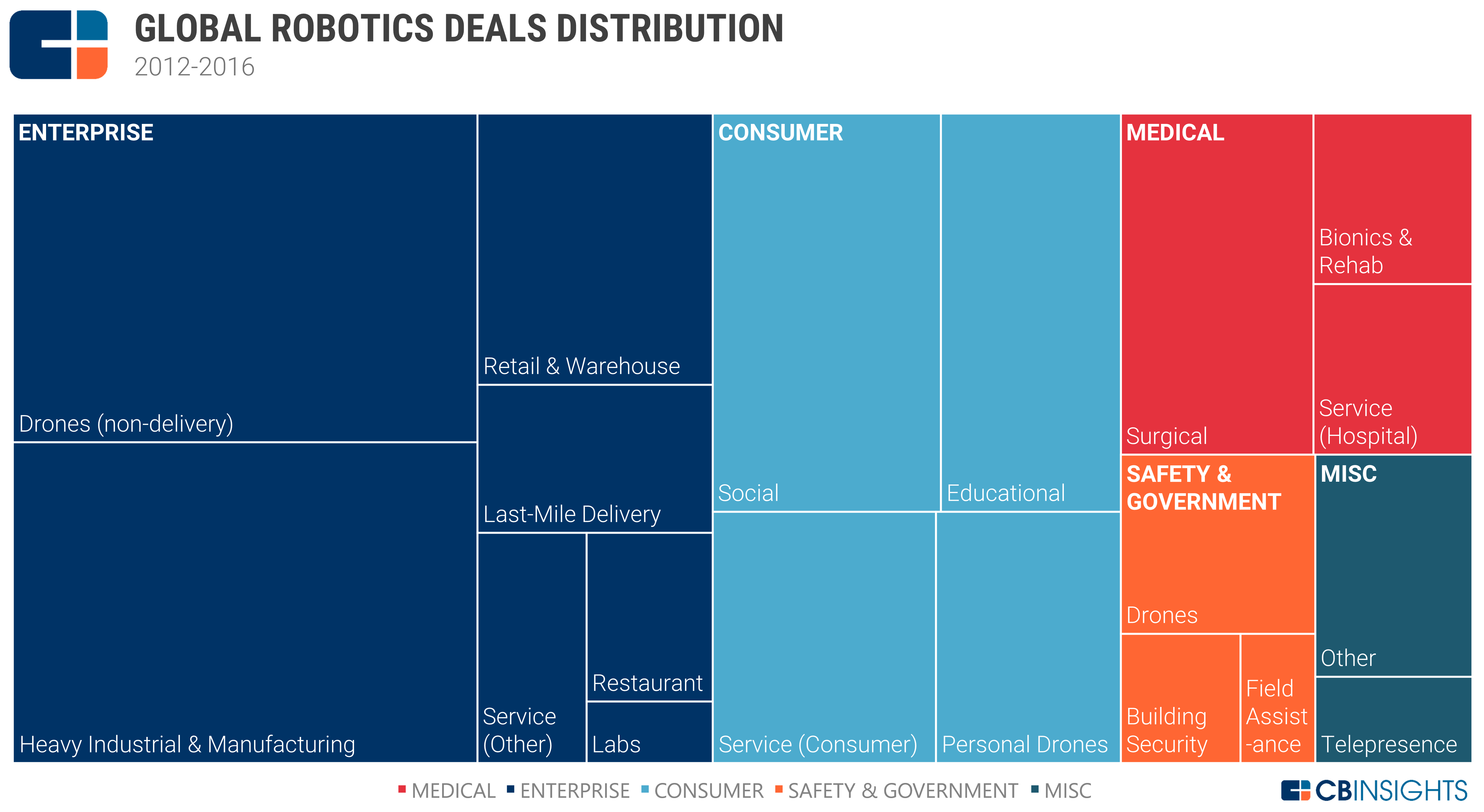 Around 48% of the deals went to startups building enterprise robots, including those used in heavy industries and manufacturing. Consumer robots accounted for 28% of the total deal share over the last 5 years, and the medical sector received 13% of deal share. A small percentage of the deals, around 6.5%, went to startups focused on security and rescue applications.

This report contains a detailed analysis of the following sectors:

Our analysis includes all equity funding and convertible note rounds. It excludes companies focused exclusively on software, as well as driverless cars, which we have covered extensively in our auto tech research here.

Startups building robots for enterprise, consumer, medical, and military applications. Sign up for a free trial and look for Robotics Startups in the Collections tab.