Research Brief
2527
Mega-rounds across the fintech ecosystem coincided with a record high in deals and funding to venture-backed fintech upstarts.

Spanning wealth management, savings, lending, payments, remittances and more, fintech funding and deals hit a new record high in 2015, according to the inaugural KPMG and CB Insights Pulse of Fintech report. And a large reason why was the spike in mega-round activity across continents.

Among the largest 2015 mega-rounds in North America were those to marketplace lenders SoFi‘s $1.15B Series E from investors including Softbank and RenRen, along with Avant‘s $325M led by General Atlantic, as well as payments automation firm AvidXchange‘s $225M growth round. 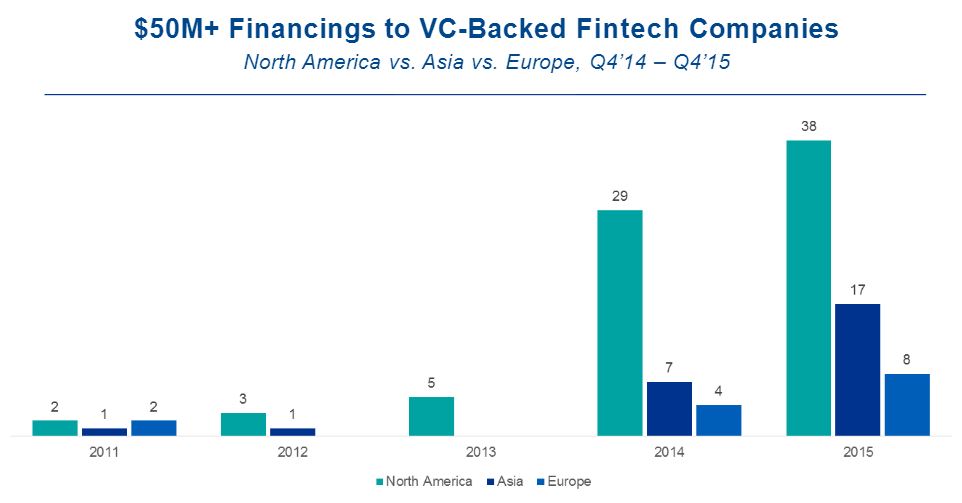 Looking for more fintech data and analytics? Sign up for the CB Insights Venture Capital Database below.