Both global deal activity and total funding dropped 19% in full-year 2016 amid a tightening financing environment.

Transportation network companies (TNCs) enabling on-demand access to ride-hailing and ride-sharing services, though a well-known concept by now, continued to attract billions in funding through 2016. Giants such as Uber and Didi Chuxing are burning through capital as they invest in everything from promotional subsidies to international expansion and self-driving technology, vying to lead the charge towards mobility-as-a-service.

We used CB Insights data to analyze how financing trends in the sector have evolved through 2016. We define the ride-hailing space as companies providing platforms allowing passengers to access ride services on-demand, delivered via ordinary passenger vehicles or larger shuttles and buses.

In aggregate, funding to ride-hailing companies last year was down from the record-smashing $13.4B during the mega-round and unicorn-crazed financing rush of 2015. On an annual basis, deal activity fell 19% to 56, while total equity funding was also down 19% to $10.8B, tracking a broader global slowdown in private markets investment.

Investors grew skeptical on the unit economics and path to profitability for many startups as companies like Sidecar, Shuddle, and Karhoo folded. Even well-funded names like Ola have reportedly considered raising downrounds.

However, total financing to this category remains considerable, both in a vacuum as well as in context (as a point of comparison, funding to all VC-backed companies in 2016 was just over $100B, per the CB Insights and PwC MoneyTree report). 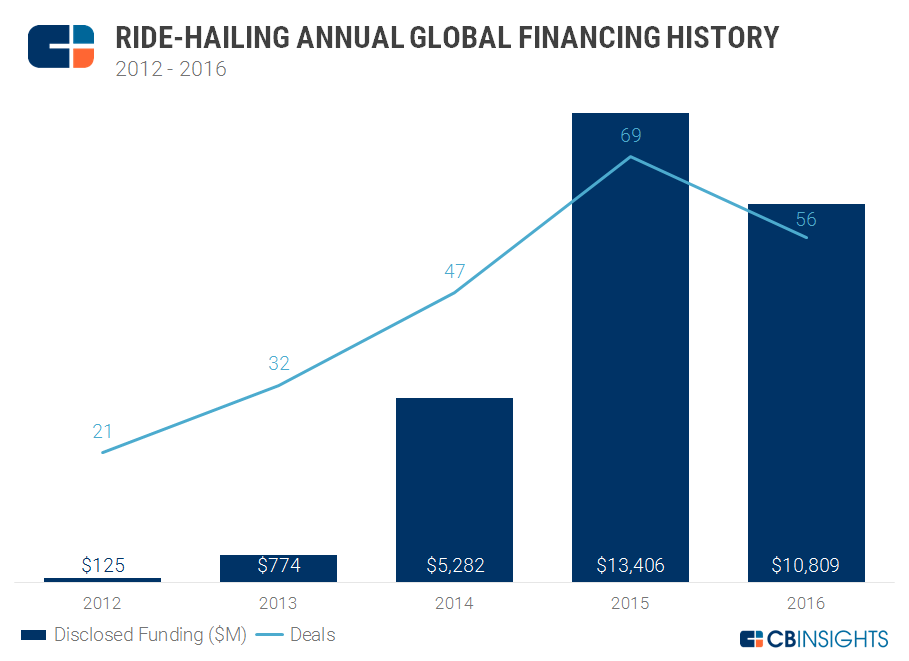 Of course, behind these impressive financing figures are some of the most well-capitalized private companies of all time. Isolating for just the top two in Uber and Didi Chuxing (including funding to pre-merger constituent companies), the top-heavy nature of the category’s financing is apparent.

Indeed, the two companies have received the majority of annual funding every year since 2013, and the Saudi sovereign wealth fund’s $3.5B injection to Uber accounted for nearly a third of 2016’s total funding on its own. 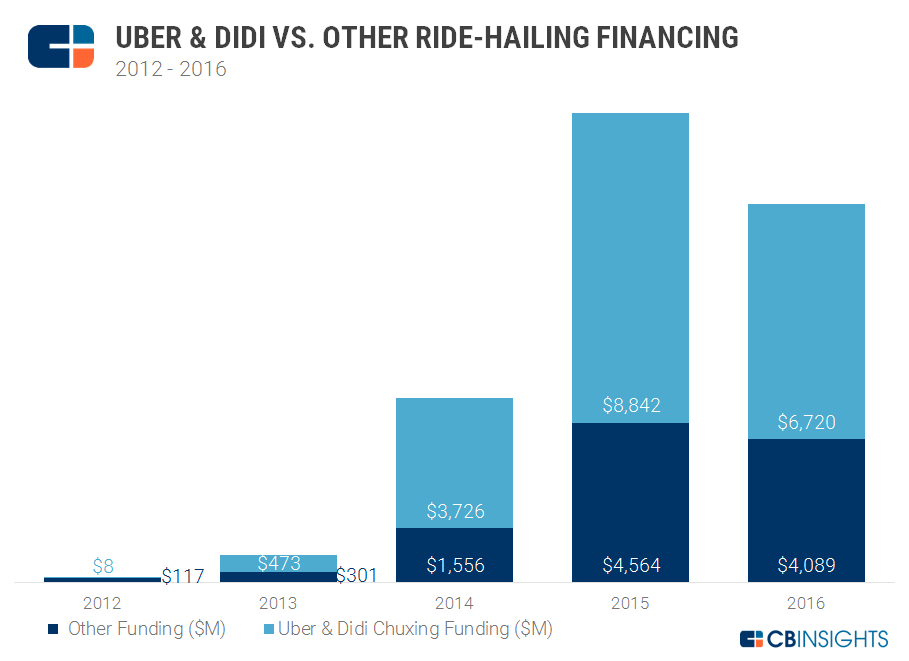 We’ve also looked at the relationships between the largest ride-hailing companies in the wake of Didi Chuxing’s acquisition of Uber China and compared the soaring valuations of these two behemoths.

Since 2012, worldwide deal share has been distributed more evenly than in other categories, reflecting the global scale of the transport opportunity as well as the localized nature of these players (underscored by Uber China’s sale to Didi).

The top three countries of the US, China, and India naturally host some of ride-hailing’s largest unicorns (private companies valued at $1B+), but other geographies have seen notable activity as well. Dubai-based Careem just raised $350M at a $1B valuation in December 2016, becoming the newest unicorn to join the category’s flock. 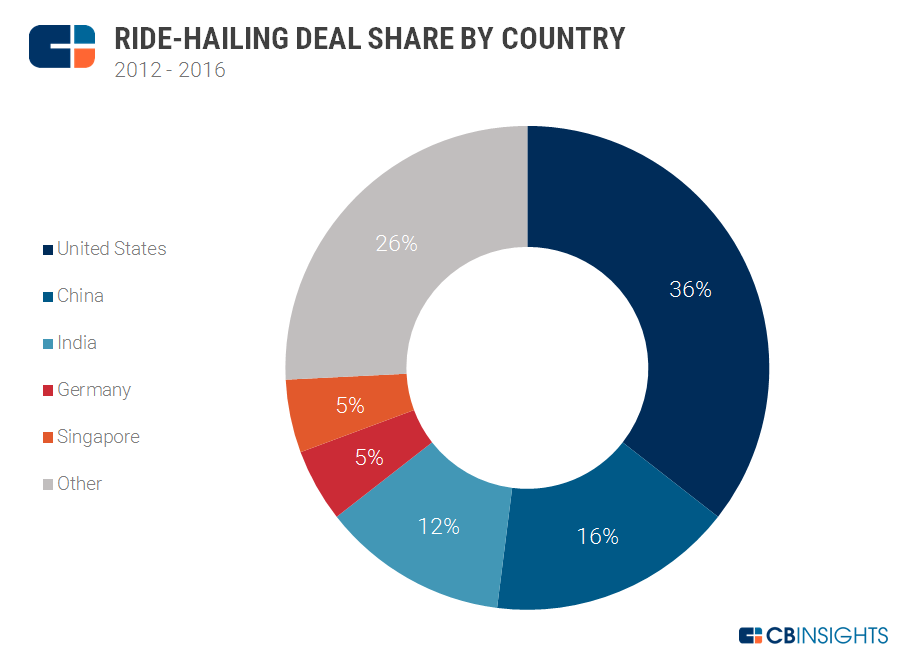 Looking for more data on ride-hailing and mobility companies? Sign up for CB Insights tech market intelligence platform free below.