Research Brief
1382
Richard Branson is investing in everything from bitcoin to drones to crowdfunding.

Sir Richard Branson’s Virgin Group comprises more than 400 companies, but the English business magnate has still found time to actively invest in startups. According to CB Insights data, Branson has funded 17 startups in industries ranging from bitcoin to crowdfunding to drones since 2010.

Of note, 59% of Branson’s investments have come in 2014 YTD – the most he’s done in any year thus far. 82% of his investments are in tech but Branson has also dipped into consumer products (cycling startup Smidsy), biotech (now public Solazyme) as well as ‘startup studio’ Expa. 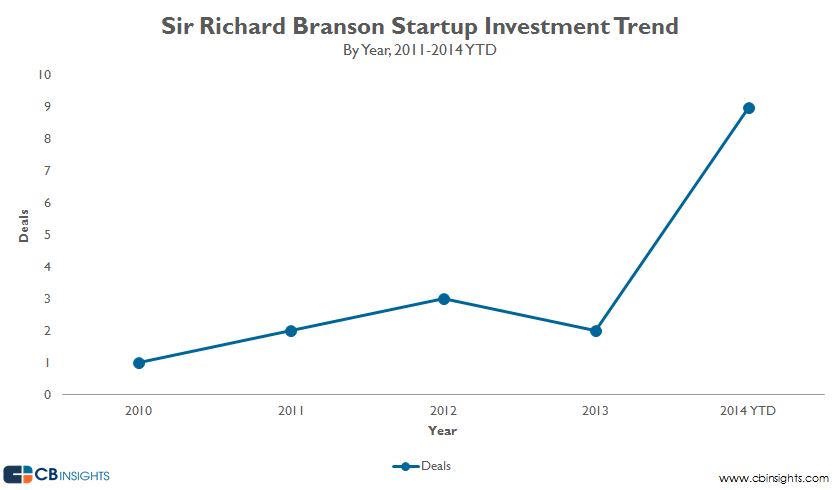 While Branson counts investments in a diverse group of startups, he actually tends to invest or follow-on with a select group of VC investors more than others. As the Business Social Graph visualization highlights below, those VCs are Kleiner Perkins Caufield & Byers, Union Square Ventures and London VC Index Ventures, which has co-invested with Branson in 5 separate companies including TransferWise, BitPay and Codecademy. 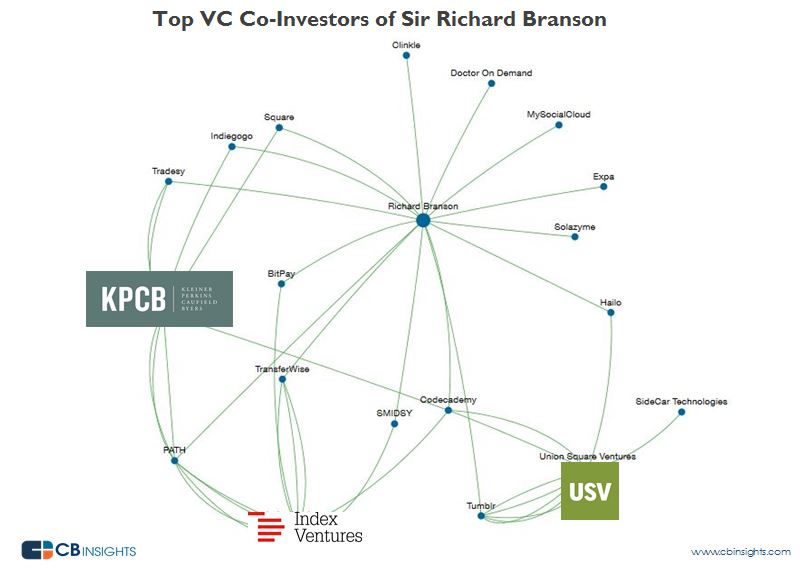