Research Brief
1352
Micro VC funds have been the rage as of late. What's next? 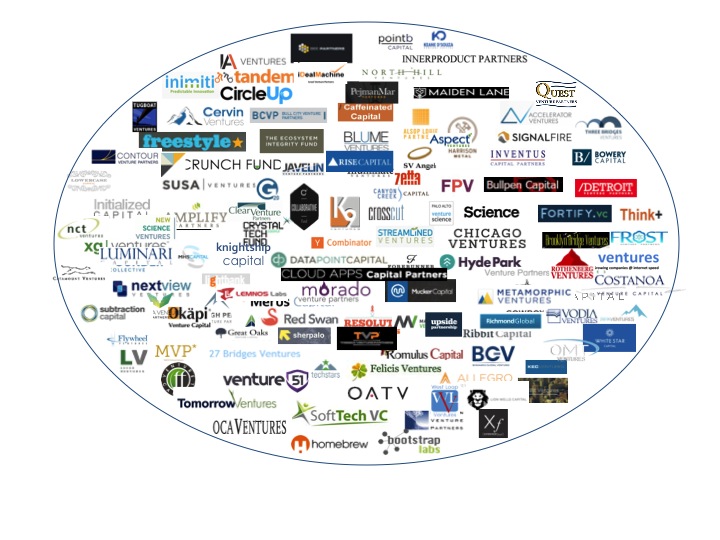 Just over a year ago, I posted a blog post about the state of the “Micro-VC” market.

As a refresher, Micro-VC firms are venture firms that typically have the following characteristics:

I’m not a huge fan of the Micro-VC moniker but will use it here for lack of a better term.  At any rate, I’ve dedicated much of the last three years closely observing this end of the Venture Capital barbell, and it’s been fascinating study. While I anticipated major growth in this area of the market in 2011, I definitely underestimated the velocity and magnitude.  In hindsight, it’s easy to see the why such mass proliferation has occurred.

According to CB insights, there are approximately 135 Micro-VC firms that are actively investing today. I’d estimate there are an additional 40-50 freshman funds that are in active fundraise mode. In my seat at First Republic, I’ve been fortunate enough to have met over 125 Micro-VC managers over the past 24 months.

Here are a few trends that I’ve observed within the Micro-VC market:

In the past, a clear line of demarcation was present between Seed rounds and Series A rounds.   This is simply no longer the case. In today’s world, Seed financing has many dimensions and stages – The team at Bullpen Capital was 100% correct when they stated that seed is a process vs. a singular event. To note, I’ve seen companies raise three seed rounds prior to taking on traditional Venture Capital.  I’ve also observed a “Seed” round completed at $4.0MM that did not include any traditional Venture investors. Today, late stage seed rounds often resemble smaller A rounds from the perspective of company development, valuation, and dollars committed. The truth is that many of institutional seed investors are investing later in the seed process, a trend easily attributable to the continued democratization of the seed financing market and companies achieving more traction with less capital (while enjoying more non-institutional sources of capital at the early/mid seed level).  Investing at the late seed level also serves as an important mitigant against follow-on financing risk for Micro-VC’s.

Yes, 2014 will be a banner year for funds raised. As noted above however, the market for Micro-VC funds has exploded (note the graphic!). Unsurprisingly, this has created significant confusion and pause for Limited Partners of all types, who now experience huge signal to noise issues. Many managers appear identical making it tougher and tougher for LP’s to discern tangible differentiation.

Using public data, I ran a randomized study of of a group of 1st time managers (n=23) commencing with March of 2013. The median time from fundraise launch (admittedly a bit squishy) to final or projected final close is currently 14.6 months, almost 1.5X of what I observed in 2012-2013. While edge cases like Maiden Lane and Upside Partnership certainly exist, the vast majority of first time managers are experiencing significantly tougher fundraising treks and substantial competition for LP capital.

As you’d expect, all Venture investors purport to be value creators for their portfolio companies. A positive byproduct of the competitive landscape is that the importance of demonstrated value add.  For seed-stage managers to consistently gain curated dealflow access  (truly seeing the most promising deals within thesis) and winning them without writing premium valuations, managers must demonstrate clear and quantifiable value add within their targeted sectors. This includes recruiting, potential customer introductions, mastery of business sector and models, and trusted relationships with top-tier traditional VC firms for follow on investment.  Additionally, Micro-VC’s who are able to lead a round have a huge competitive advantage over Micro-VC’s who require syndicates. Examples of creating differentiation include firms like Rothenberg Ventures which employs a distinct community based millennial based approach to the market and Upside Partnership which employs a structure that provides carry to portfolio companies.

While it’s been an active few years, It’ll be interesting to see how this market continues to evolve in the coming years.

I predict that fewer than 50 institutional Seed firms will active in 2020. Why?

Samir Kaji is a Managing Director at First Republic Bank, where he leads a team managing Venture Capital and Start-up Company relationships. He has spent over fifteen years working within the venture capital industry. During this period, he has assisted and/or advised over 600 companies and 300 venture capital firms. Prior to joining First Republic, Samir spent thirteen years at Silicon Valley Bank, where he completed over 400 debt transactions, totaling over $4.0 billion in committed capital. Since 2008, Samir has led teams focused on providing services to venture capital firms and directly led engagements with several of the leading venture capital firms in the industry. Samir also has been an active angel investor in both venture capital funds and early stage companies. Samir is a graduate of San Jose State University, where he earned his Bachelor’s degree in Finance, as well as Santa Clara’s Leavey School of Business, where he earned his M.B.A., with a concentration in Finance.