The restaurant tech category is heating up, with at least 26 deals to startups in six of the past seven quarters and funding on track for record annual highs. Investors have poured $403M into the category across 69 deals so far this year. If that pace continues, deal count will hit 100 and funding will approach $600M by year-end.

We define restaurant tech as B2B hardware and software startups that aid in restaurant operations. This includes everything from point-of-sale software, to kiosks that let guests pay at their tables, to staff training and scheduling software, to connected beacons which monitor foot traffic. See a breakdown of categories and notable startups in each in our restaurant tech infographic.

Restaurant tech startups have raised $403M so far this year, across 69 deals. If investment continues at its current rate, funding dollars may outpace last year’s total and set a new record high, but deal count would still come in below last year’s total. From 2013 through 2015, both deals and dollars grew each year.

This year, deals are slightly lower than in previous years while dollars are higher. We see a higher average deal size in 2016 to date vs. 2015 ($6.4M vs. $5.4M) and a constant median deal size ($1.5M). However, last year saw two deals larger than $50M (a $79M Series C to Shanghai-based queuing app 9Now, and a $60M Series D to Shopkeep POS) while 2016 has seen just one so far, a $50M Series C to point-of-sale-based restaurant loyalty platform FiveStars. 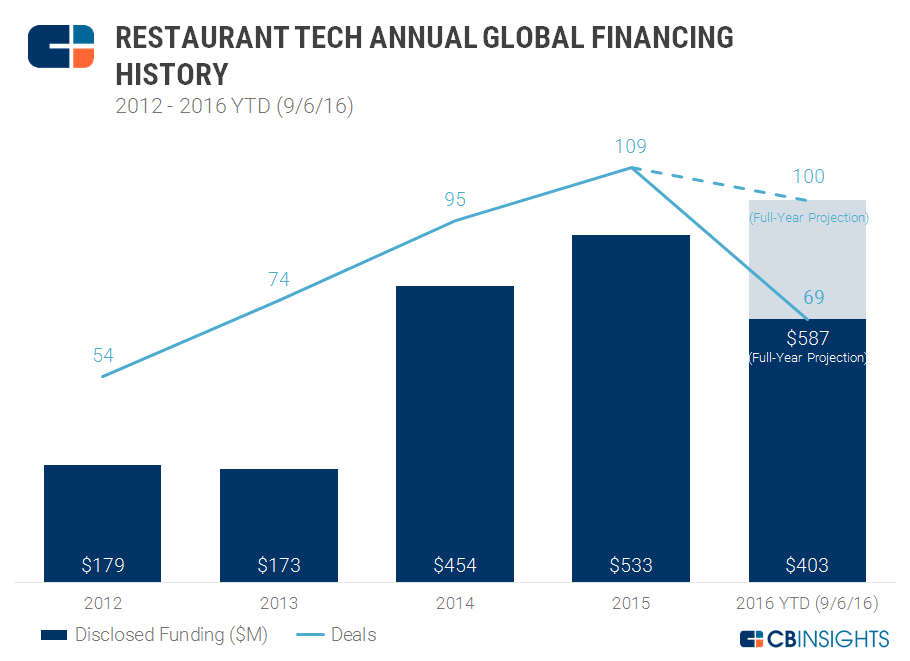 Restaurant tech tied its five-year high in deal count in Q2’16 with 28 deals, returning to 2015 heights from a downturn in Q1’16. However, a dollar drop in Q2’16 broke the category’s five quarter funding growth streak, and total dollars slipped to the lowest level since Q3’14.

In Q2’16, the three largest deals were a $30M Series C to China-based reservation management system Enjoy, a $23M Series C to restaurant mobile point-of-sale system Orderbird, and a $15M Series B to staff management platform When I Work. 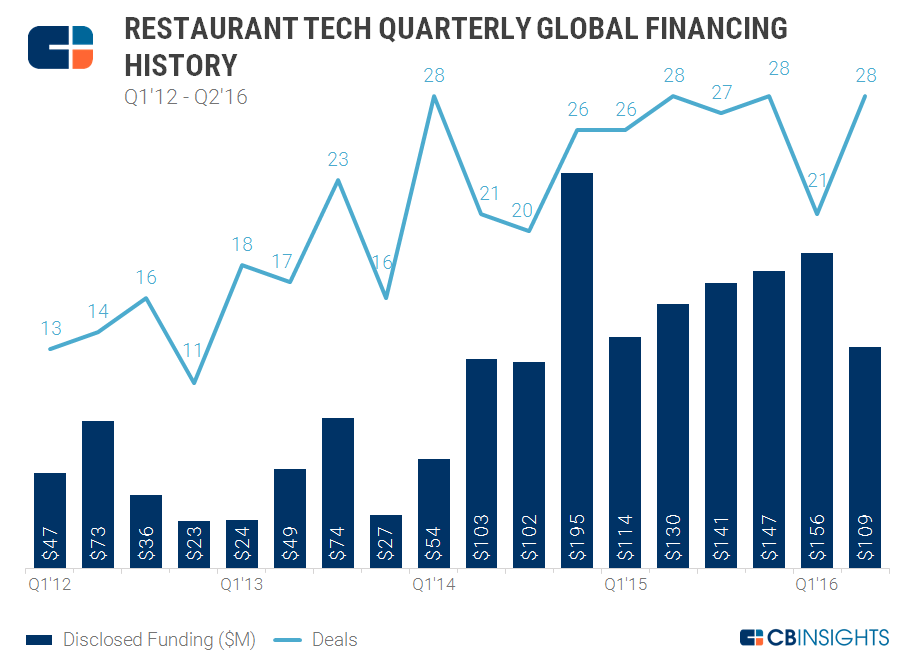 Our data on deal share by stage suggests that restaurant tech is still an emerging category, and investors are increasingly working with early-stage companies. The proportion of seed/angel deals has grown alongside the growth in total deal count. However, Series A deal share has declined. 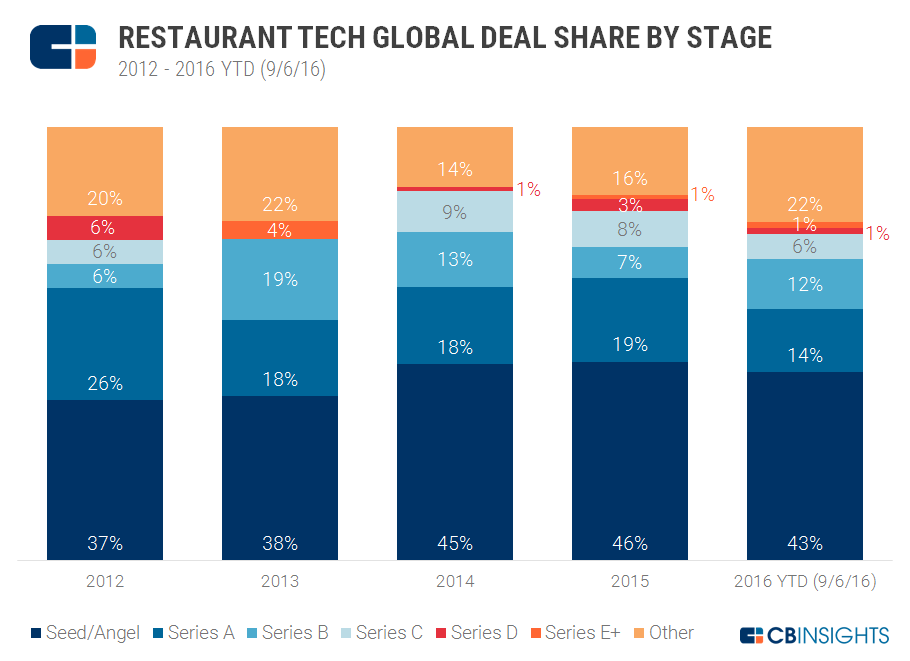 Want more data on financing trends to restaurant and retail startups? Login to CB Insights or sign up for free below.