After a red-hot 2021, global venture investment cools in Q1’22, even as the global unicorn club reaches a new high.

Global venture funding reached $143.9B raised across 8,835 deals in Q1’22, down 19% from the previous quarter’s funding. Despite the slowdown, Q1’22 marked the fourth-largest quarter for funding on record.

The US alone accounted for nearly half of total funding, with some of the biggest deals in the region going to companies like biotech startup Altos Labs, security analytics platform Securonix, and logistics unicorn Flexport, which hit an $8B valuation. US-based companies also drove a significant portion of the Q1’22 funding activity, accounting for 37% of all deals that quarter. 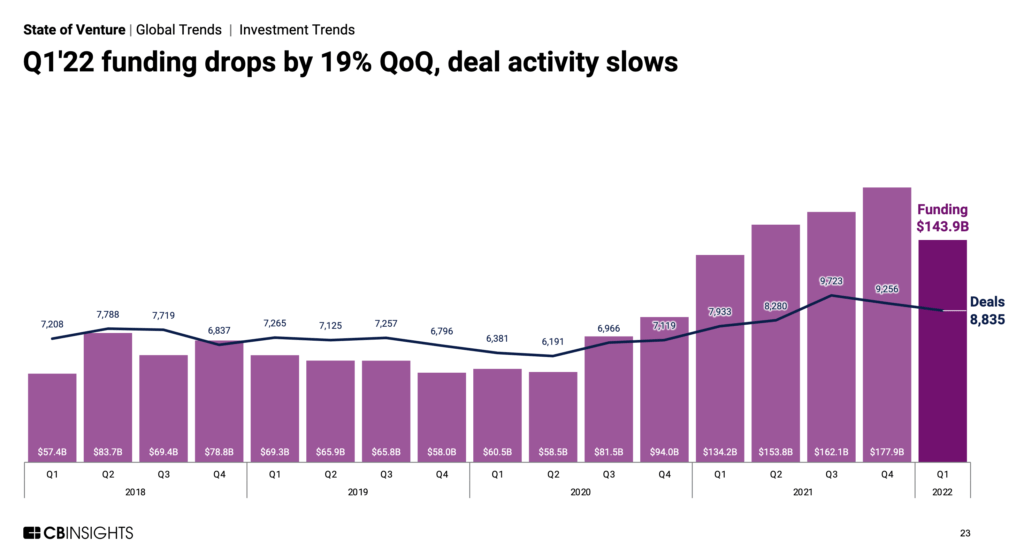 Other Q1’22 venture activity highlights include: 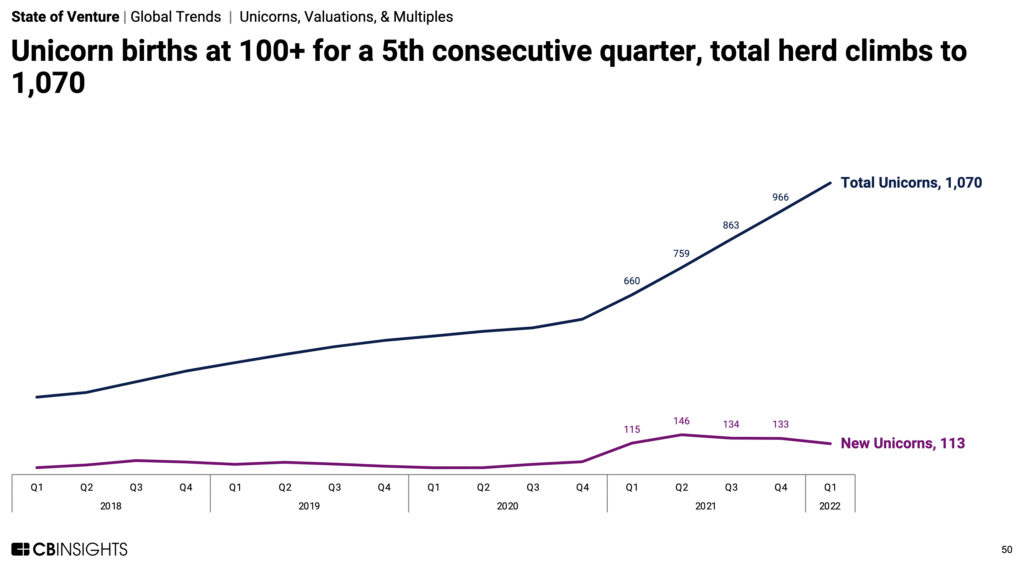 Download our Q1’22 State of Venture Report to learn more about all these trends and more.

Want to go even deeper into these trends?

Join the analyst who wrote the report for a chat about what went down in Q1 2022 and what’s next. May 12th at 2pm ET.