Broad-based decline in deals across major tech hubs in CA and NY; DC/Metroplex emerged as one of the brighter spots 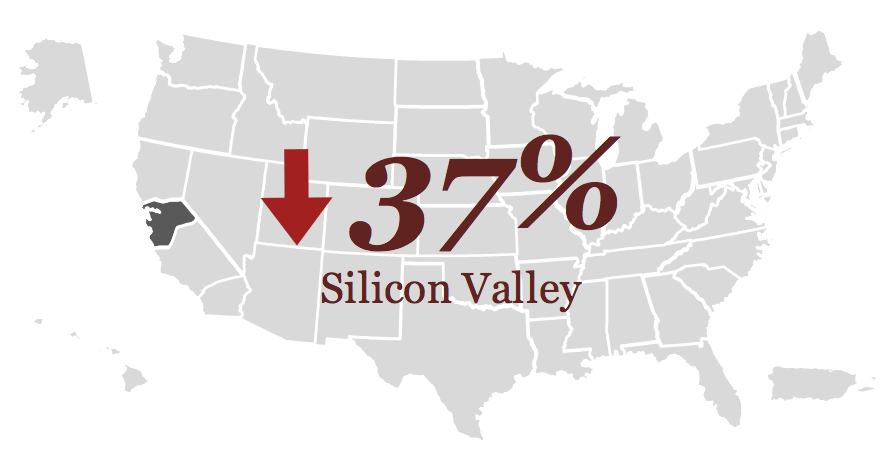 Q4’16 was led by Internet, Healthcare, Mobile, Software, and Hardware

The top 10 US states for venture were led by California, New York, and Virginia. 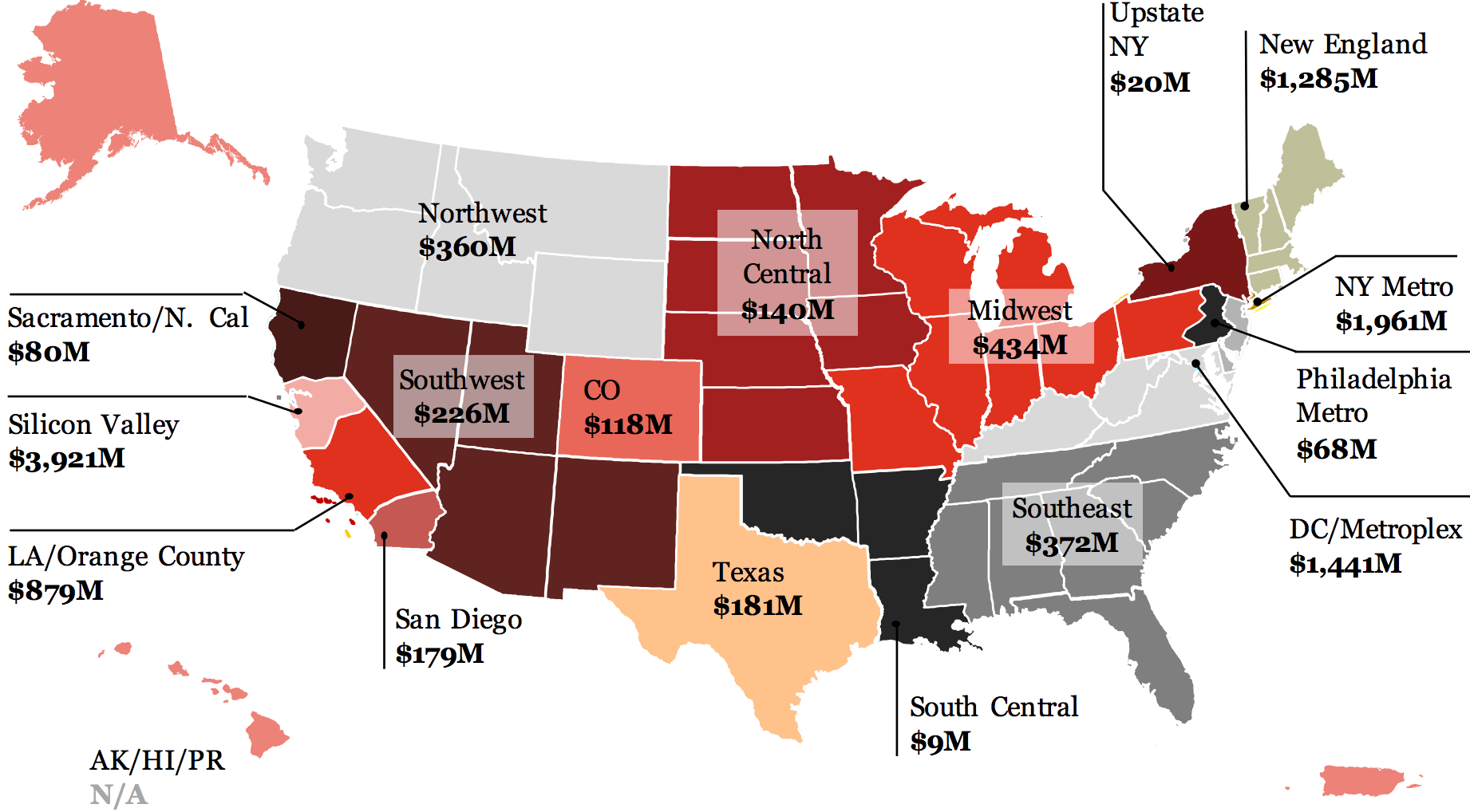 US MOVERS AND SHAKERS

The top 5 deals in the US in the quarter went to companies based in New York, Boston, San Francisco, and Arlington, VA.

The three most active venture capitalists in the quarter were NEA, 500 Startups, and True Ventures.

North America saw funding into the region drop below $13B for the first time since Q’14, but Canada was a bright spot.