Our 6th annual Tech IPO Pipeline Report looks at 355 of the most promising and highly-valued private companies in the United States. 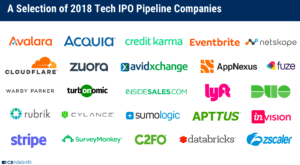 These are the startups that will shape tech news in 2018. While overall tech VC deals have fallen, the number of private tech mega-rounds ($100M+) has recovered as investors pile into potential winners. After a lackluster 2016, VC-backed tech IPOs have rebounded, and 2018 could be significantly bigger. 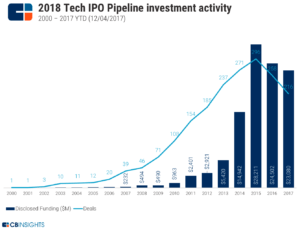 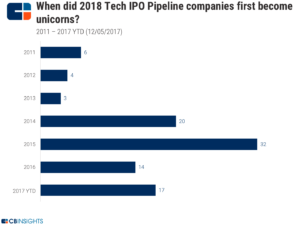 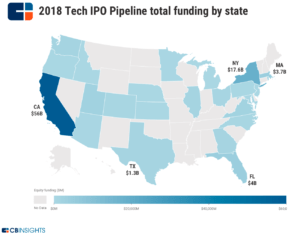 Not all of these 355 companies will IPO next year. Many have just crossed the $100M valuation threshold. Others continue to tap into creative sources of capital. Yet these companies have demonstrated significant momentum and are some of the most promising tech companies in the US. After this year’s rebound in VC-backed tech IPOs, these companies may continue the IPO rally next year.