A deep dive into tech M&A and IPO trends, covering top investors and VCs, largest exits, and much more.

TOTAL TECH EXITS DROPPED IN 2016, BUT IPOs UP 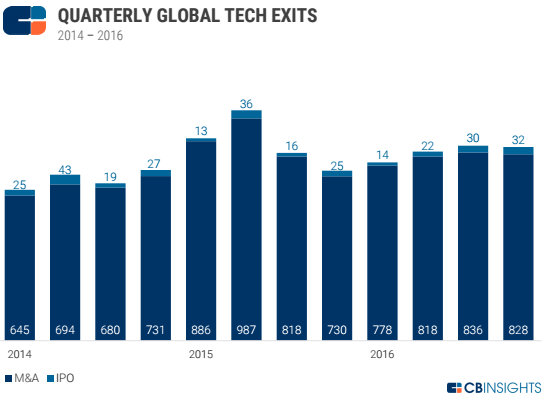 GOOGLE WAS THE MOST ACTIVE ACQUIRER IN 2016

Google made several tech acquisitions in 2016 including Eyefluence and API.AI, among several others. Salesforce and Accenture tied for the number 2 spot followed by J2 Global, which bought companies including Offers.com and Web24. 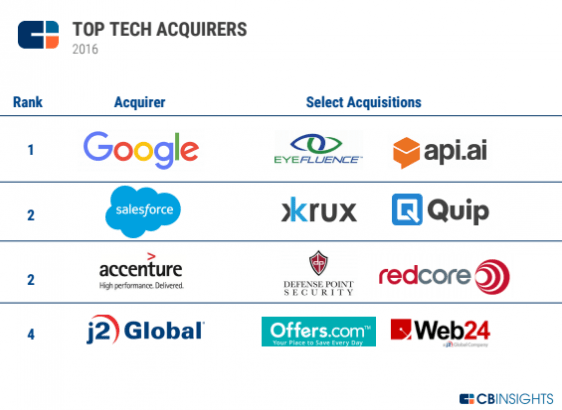 There were 18 $1B+ tech exits in 2016 including The Dollar Shave Club, Cruise Automation, and Jet, among several others. That’s up over 2015 which saw just 12 tech exits of $1B+. However, unicorn births have significantly declined in 2016 with just 25 companies gaining $1B+ valuations, a 68% decline year-over-year compared to 2015. 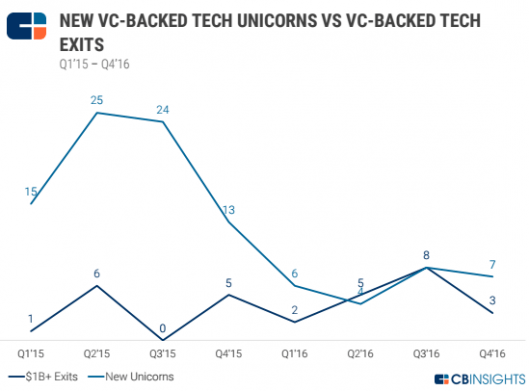