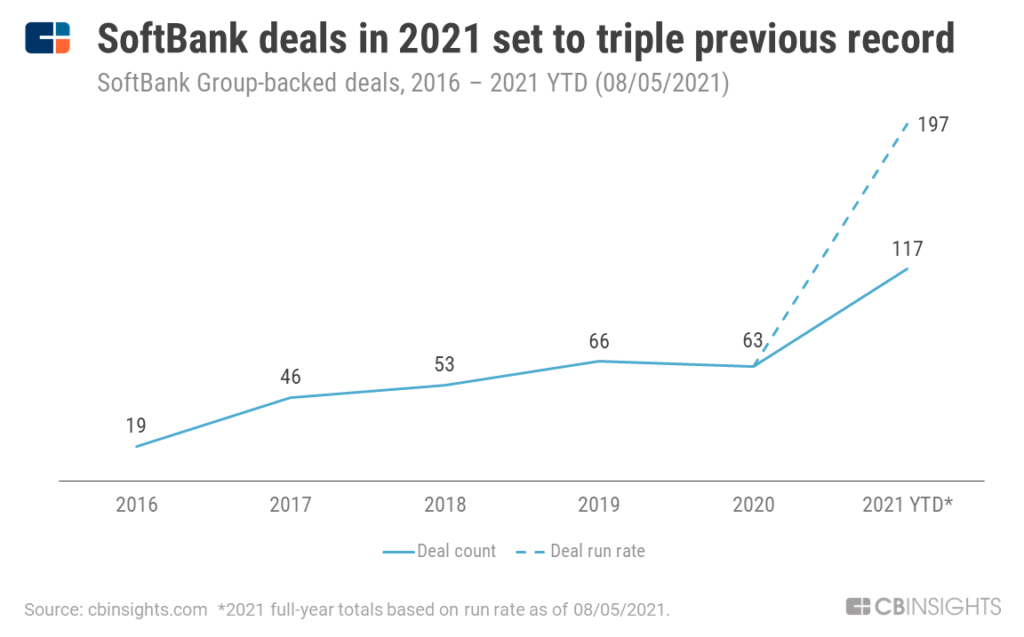 Download the full report for a look at SoftBank’s equity investments in 2021 to see what they say about the firm’s current investment strategy — and future vision.