The insurtech sector saw a steep decline following its record-high Q4'21, with funding dropping off by 58% in Q1'22.

In our State of Insurtech Q1’22 Report, we dive into global investment trends to spotlight takeaways including:

Below, check out a few highlights from our 92-page, data-driven State of Insurtech Q1’22 Report. For deeper insights, all the record figures, and a boatload of private market data, download the full report.

See who’s receiving global insurtech funding, including which startups and regions are raking in the biggest deals. 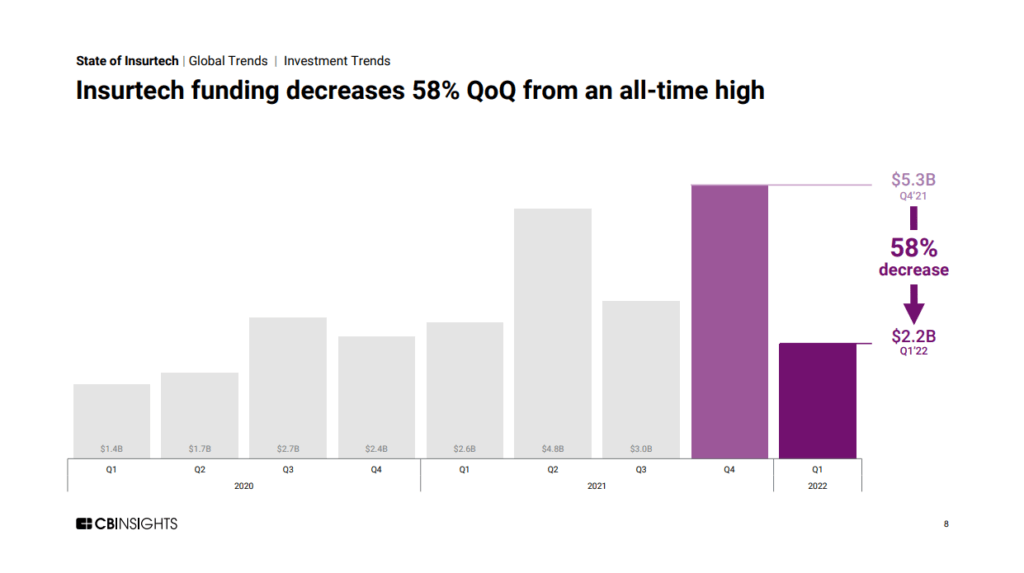 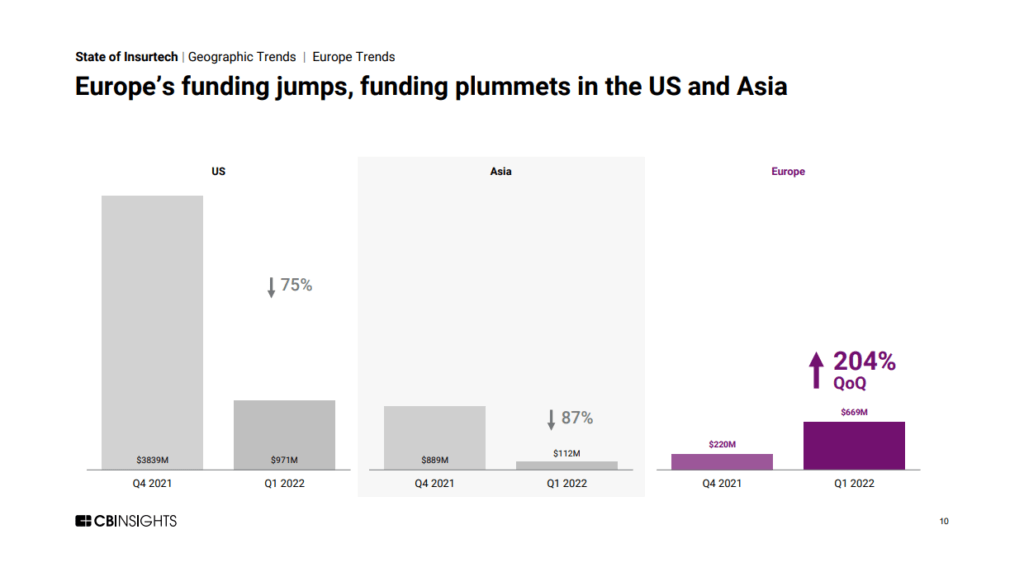