A deep dive into 25 global metro areas and their top tech companies.

This report focuses on hotspots of tech activity throughout the globe. From heavyweights such as Tel Aviv, to high-growth hubs like Shanghai, and up-and-comers like Stockholm, we analyze investments in 25 metro areas.

Using the CB Insights platform, we aggregated data around funding and exit events for startups around the world. The top tech hubs were chosen based on a deal share basis of the global total.

Although investment is growing outside of California.

Beijing and Shanghai are ramping up to compete with Silicon Valley fundraising levels, buoyed by large rounds to hot startups like Didi, Toutiao, Mobike and Ele.me. 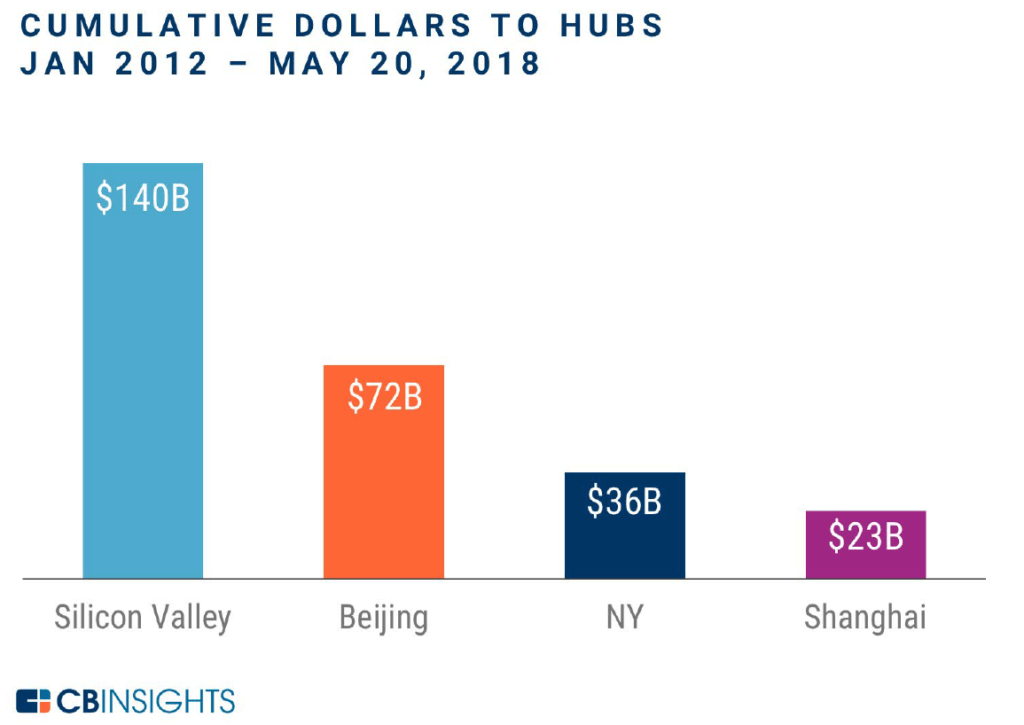