A comprehensive, data-driven look at emerging trends, investments, and active investors in France 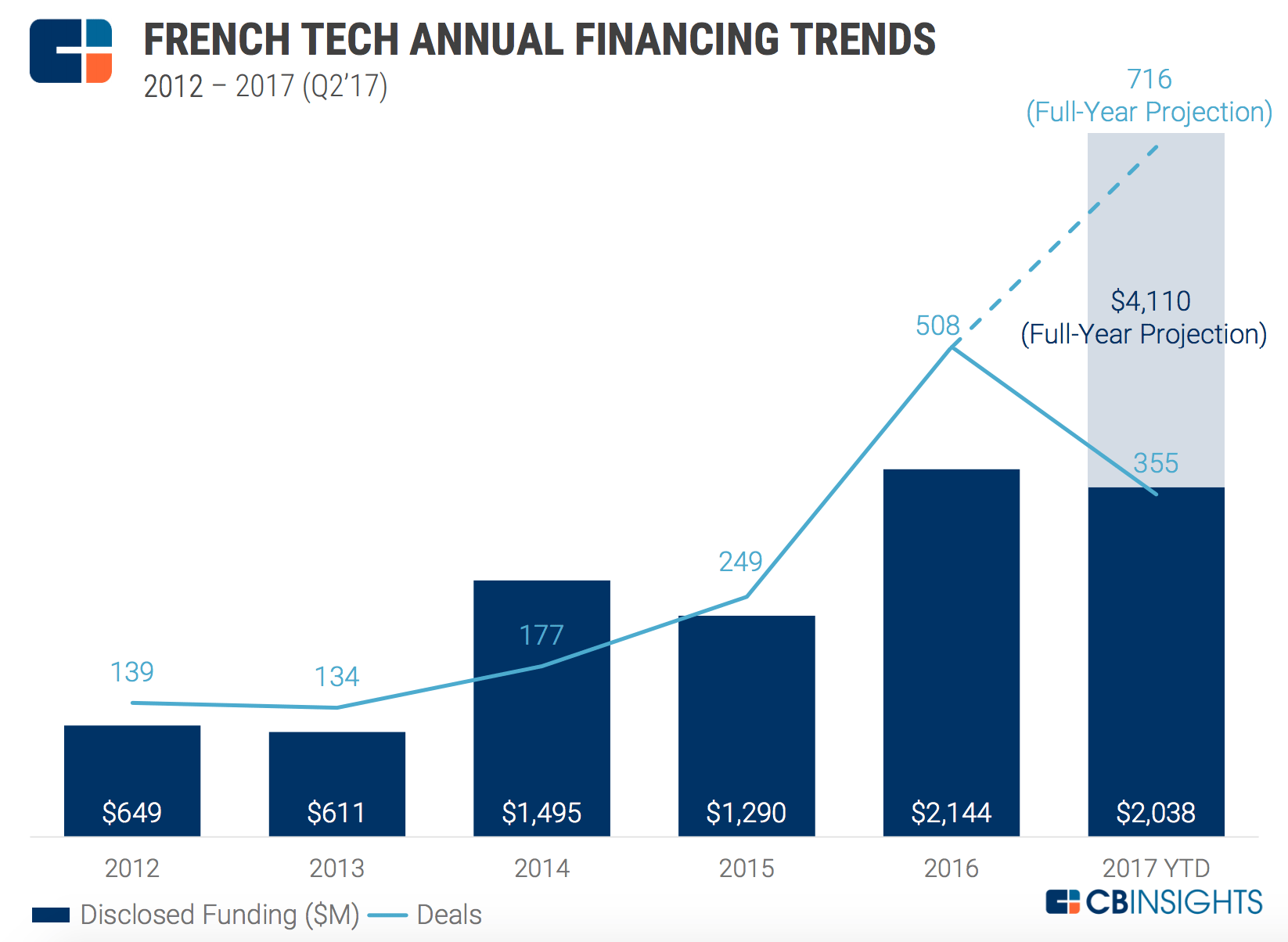 FRANCE PULLS AHEAD OF GERMANY IN Q2’17

After two quarters in third place, France has narrowly pulled ahead of Germany in terms of dollar funding to tech companies in Q2’17. Large deals to Global Switch, Improbable, and FarFetch account for some of the UK’s large increase in investment in Q4’16, Q1’17, and Q2’17. 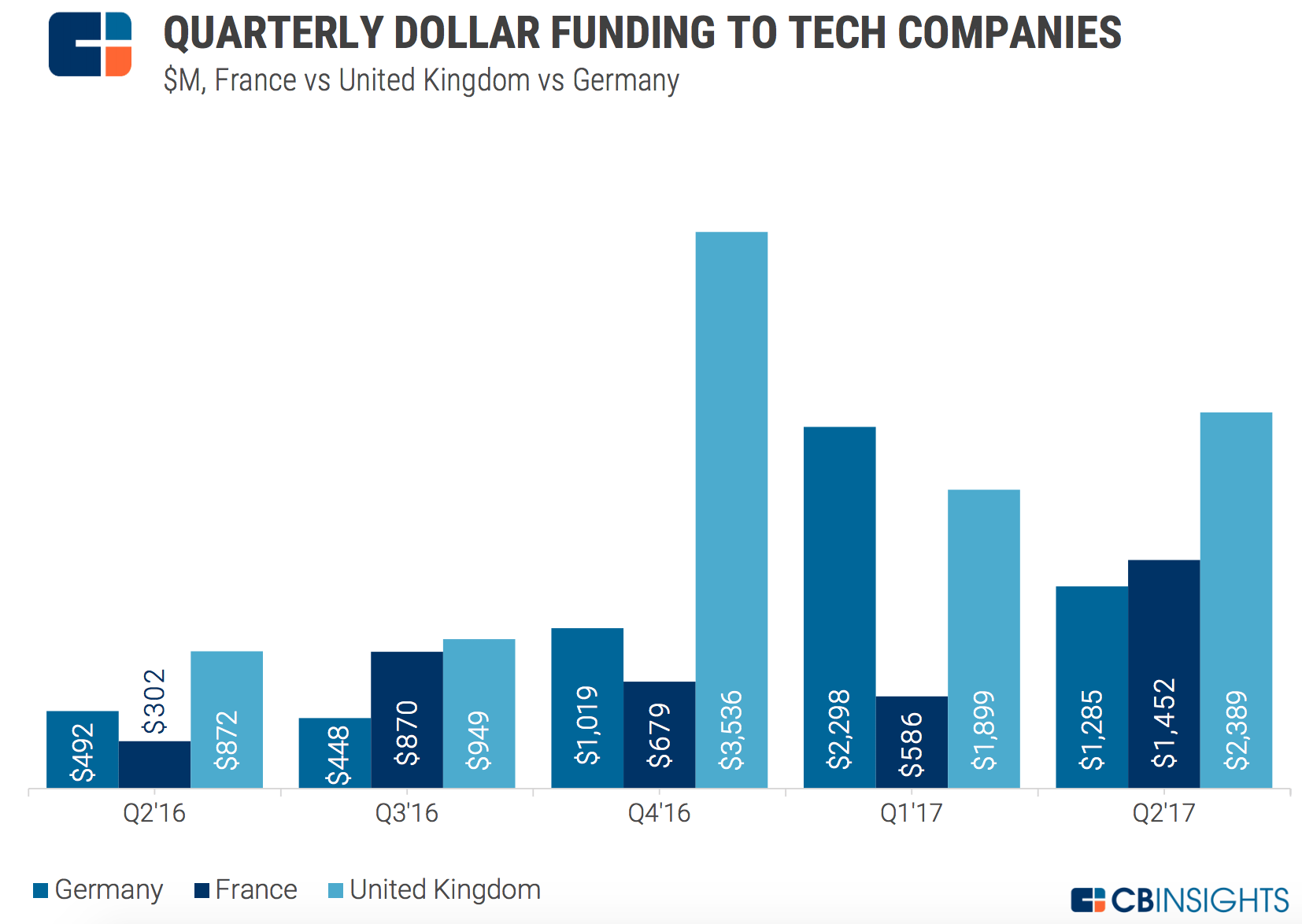 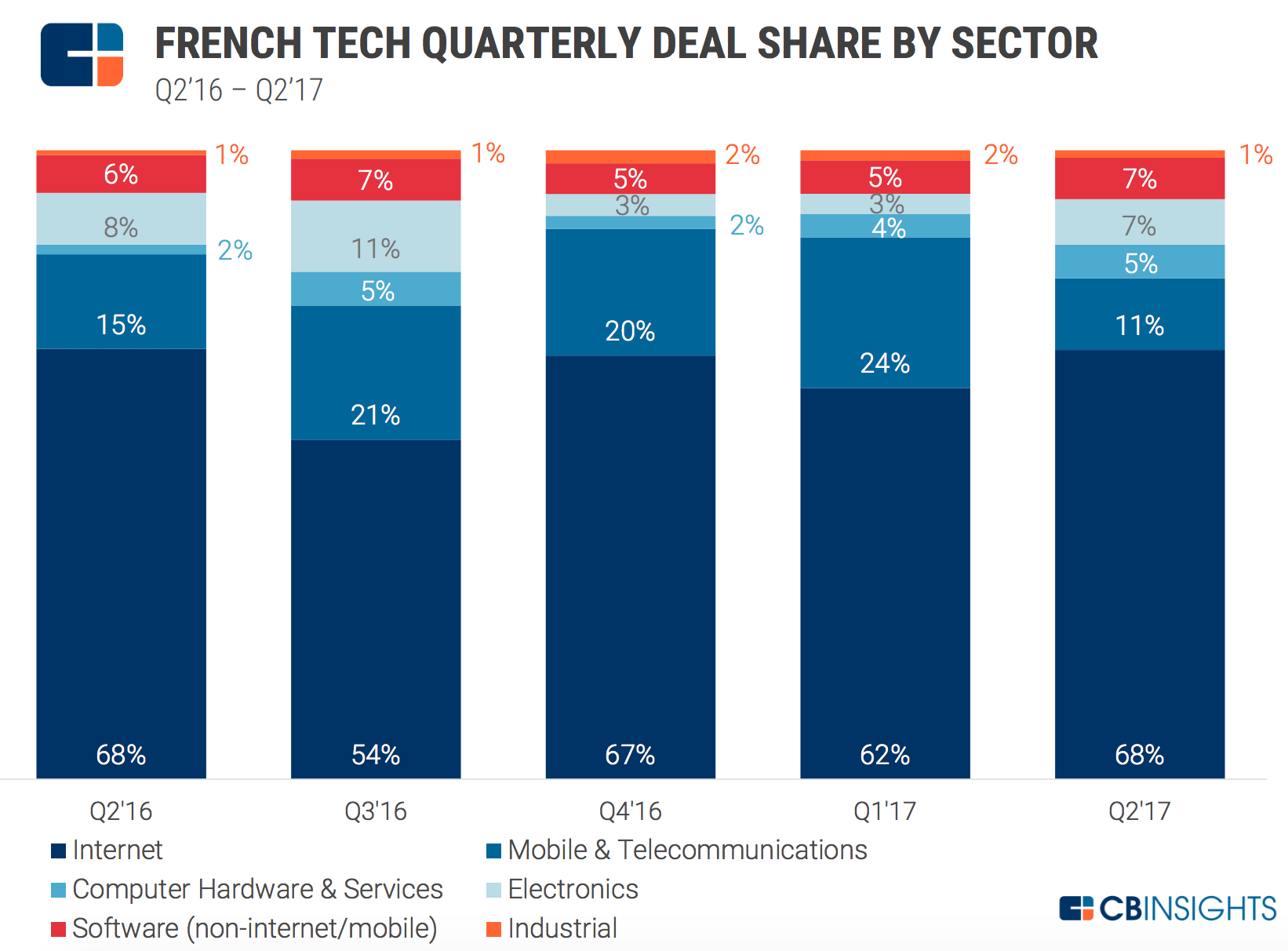 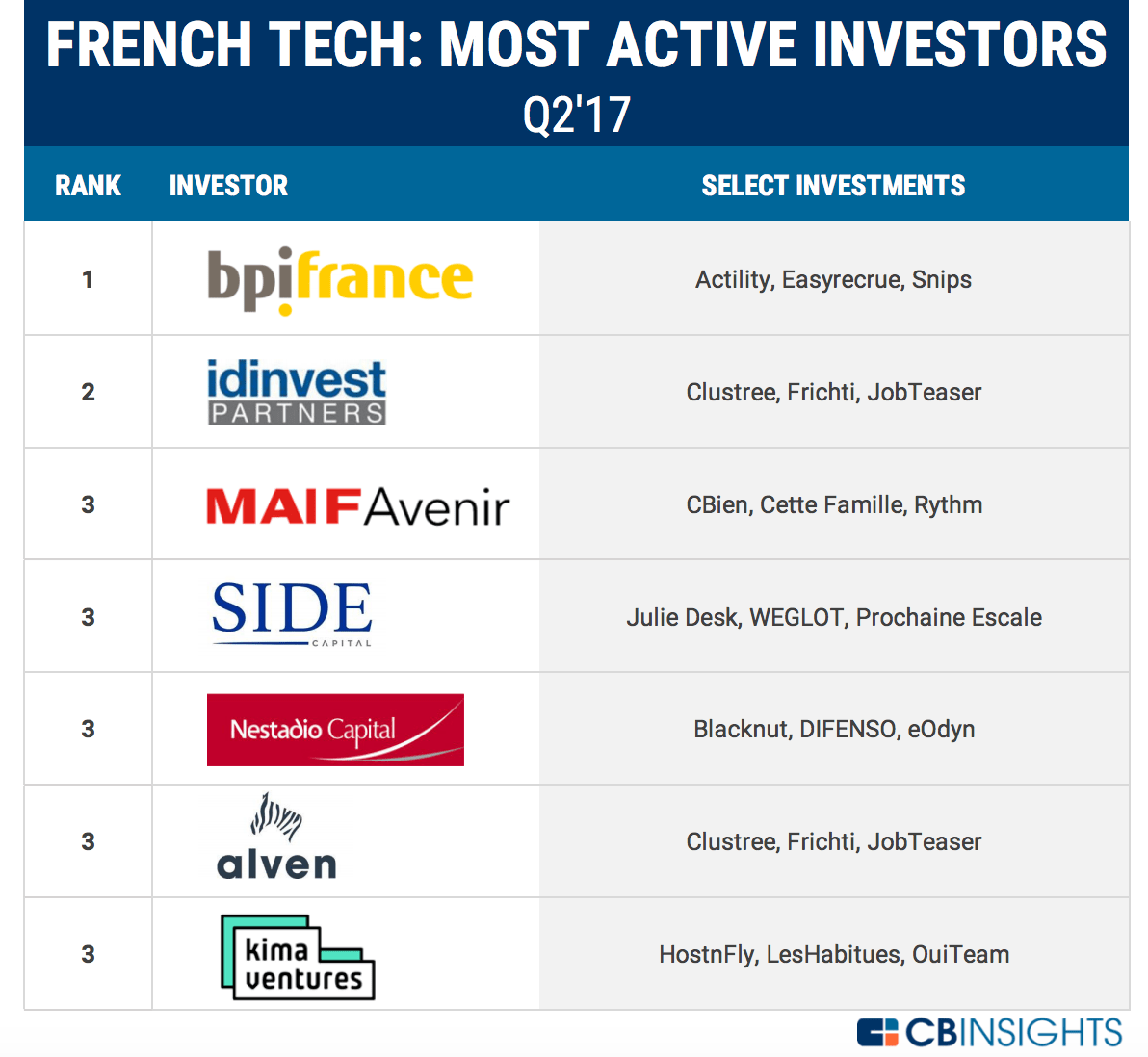